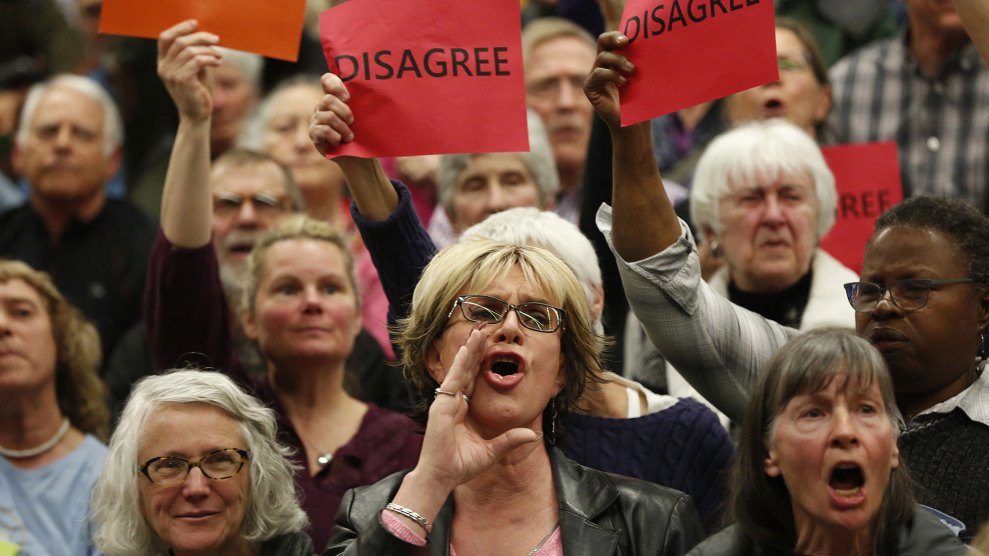 On Thursday afternoon, the House of Representatives narrowly passed the American Health Care Act, which would repeal the Affordable Care Act and leave in its place…something else. We don’t really know what AHCA would do because it passed the House before the Congressional Budget Office could score it. The CBO’s report on the earlier iteration of AHCA, which died in the House in March, revealed that it would cause an additional 24 million Americans to go without health insurance by 2026.

As expected, no Democrats voted for AHCA; 217 Republicans did, including some of the most vulnerable members of the caucus.

The bill picked up support from 14 Republicans whose districts were carried by Hillary Clinton in November:

The bill picked up an additional 10 votes from Republicans in districts where Trump received less than 50 percent of the vote:

Of course, this is a rudimentary way to look at it the vote’s political impact. The bill would hit some districts harder than others, and some districts are trending more Democratic or Republican. (Here’s one district-by-district estimate of how the repeal would affect different districts.)

Thursday’s vote will likely play a central role in the 2018 campaign, much as the Affordable Care Act did in 2010. Democrats can take solace in one number from FiveThirtyEight‘s Nate Silver: Democrats who voted for the Affordable Care Act in early 2010 lost between 10 and 15 points off their expected vote share that November. But Thursday’s vote took place more than a year and a half before the midterms. And it was only a few months ago that Democrats believed the nomination of someone who bragged on tape about committing sexual assault would hand them the Senate.