Alex Sutton sorts through his medications after showing me all the pills he is currently prescribed. His regimen at the time included anti-anxiety medications and pills that helped him deal with depression, nightmares, and low energy issues.Jeremy M. Lange

Alex Sutton is a decorated US Army veteran who served three tours in Iraq. Raised by his grandparents in Iowa, he joined the Army at 17, and served 13 years in the military. He has been wounded in combat and received the Purple Heart for his injuries. In 2011, he was honorably discharged and medically retired, and took up residence on an isolated farm in rural North Carolina with his fiancée Jessica. They raise heritage breed chickens, along with some pigs and sheep.

Beyond his physical wounds, Alex carries the weight of serious, and chronic, post-traumatic stress. The couple is dead set on healing his mental wounds through rigorous farm work and the space of time; however, healing from PTSD is a nonlinear process. In Alex’s case, it encompassed periods, even weeks, of progress punctuated with deep periods of depression and the constant fear of flashbacks and nightmares.

It’s a story playing out in similar ways in thousands of homes around the country. More than 393,000 US veterans of the wars in Iraq and Afghanistan have been diagnosed with PTSD by the Veterans Health Administration. Meanwhile, a majority of US farms are in their last generation with no family members to carry on the tradition—40 percent of farmers are over the age of 65. Groups like SAVE Farm and the Farmer Veteran Coalition are pushing to reintegrate vets into civilian life and the workforce through farming.

The new film Farmer/Veteran follows Alex and Jessica’s story as they attempt to soothe some of the mental wounds of war through agricultural therapy. Farmer/Veteran premieres on Independent Lens Monday, May 29th. 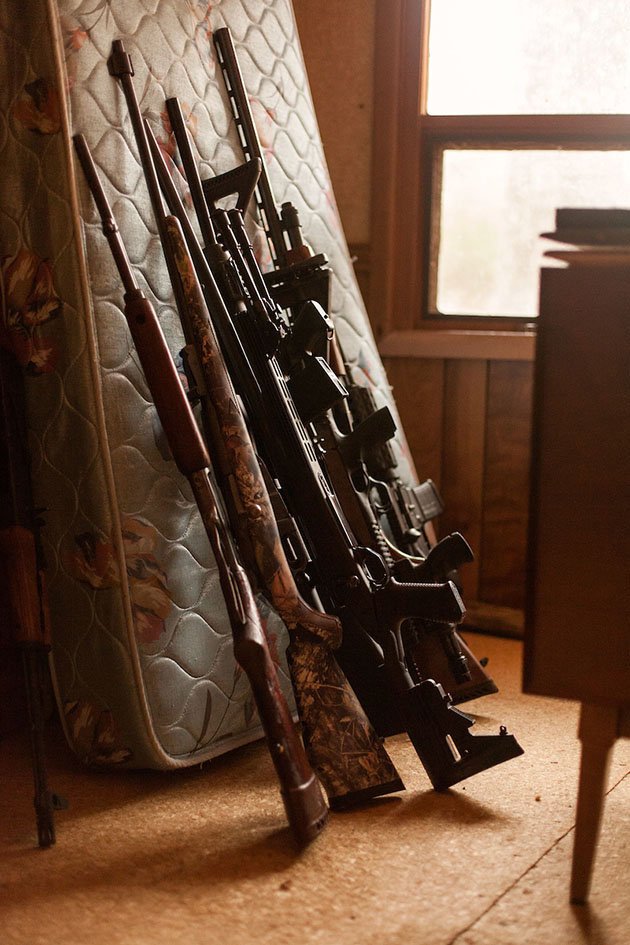 Alex decided to sell some of his tactical weapons as a result of discussions with his psychologist. He has a kid on the way, and he says he is trying to leave the soldier part of his life behind. He will keep a few handguns and hunting rifles, but feels that selling his military style weaponry will help in his recovery. 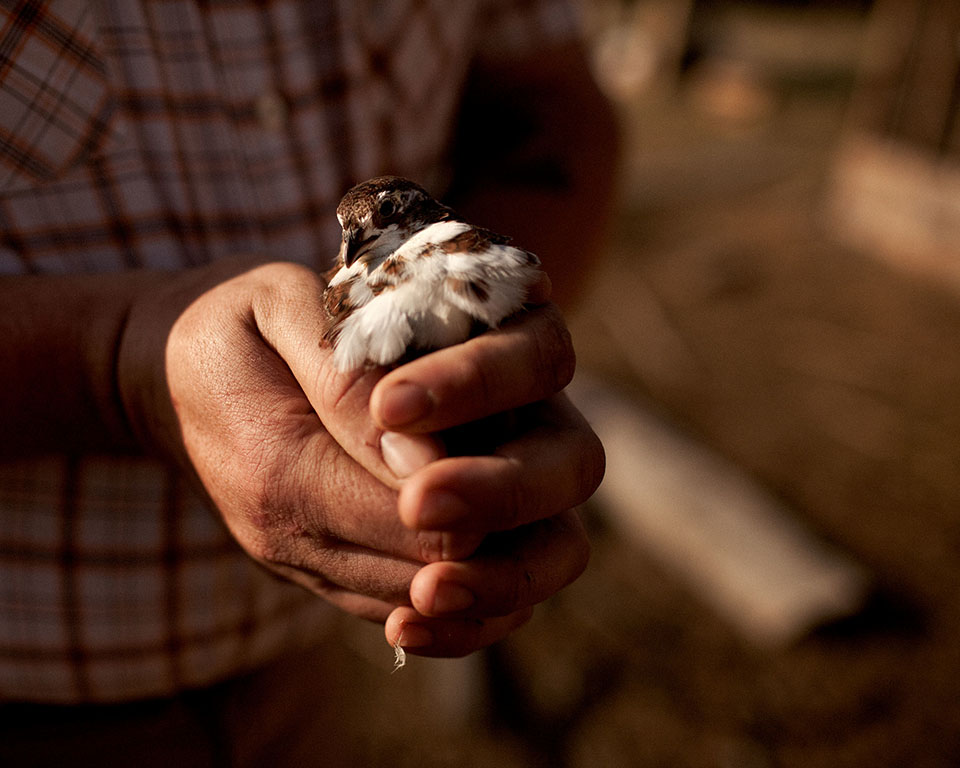 Alex holds one of the many birds on his farm. Alex and his fiancée Jessica initially raised hundreds of heritage breed birds before the workload became too difficult to manage. 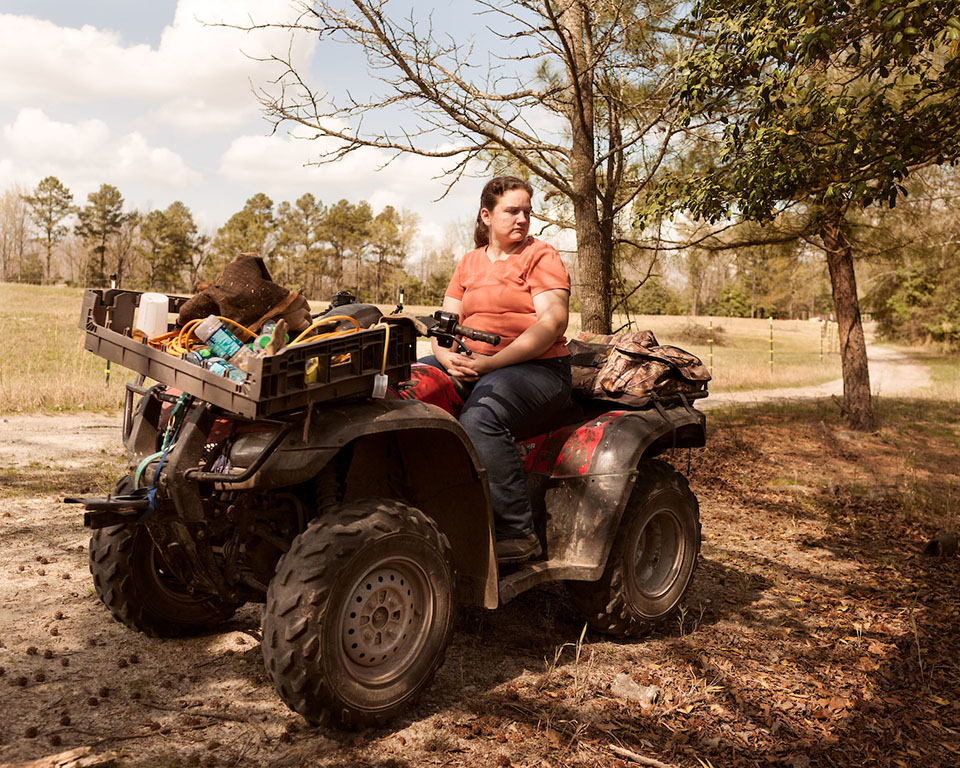 Jessica sits on her four-wheeler as Alex fishes. When he has bad days, he goes down to the pond on the farm to settle his mind and try and calm down. 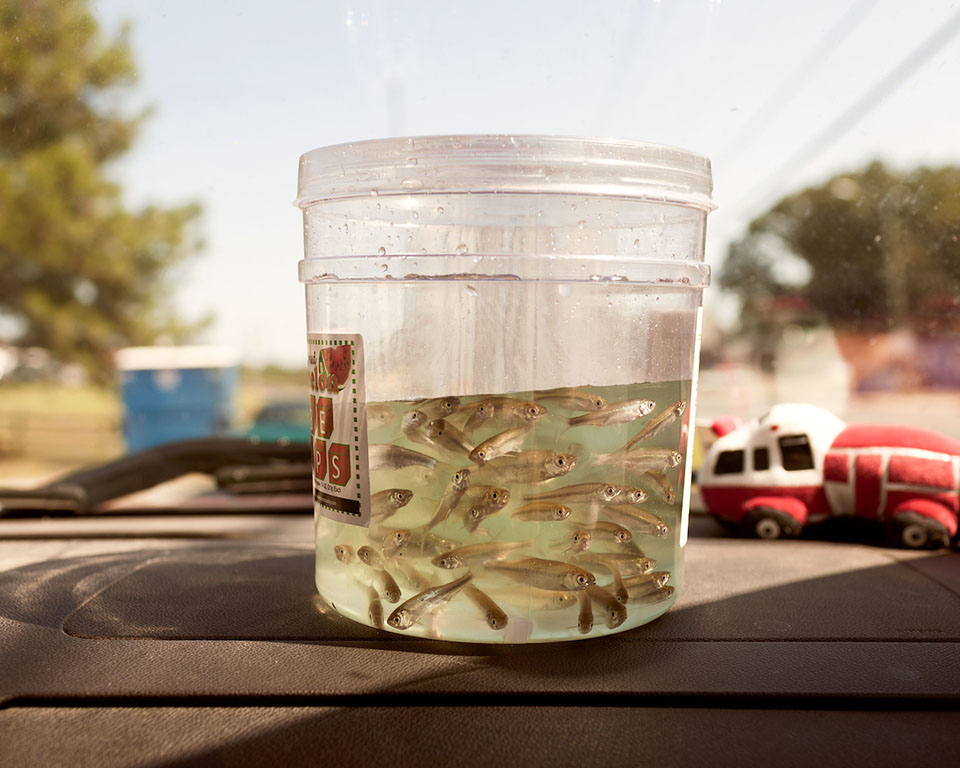 On the way to a fishing trip on Badin Lake, Alex stops for bait fish. 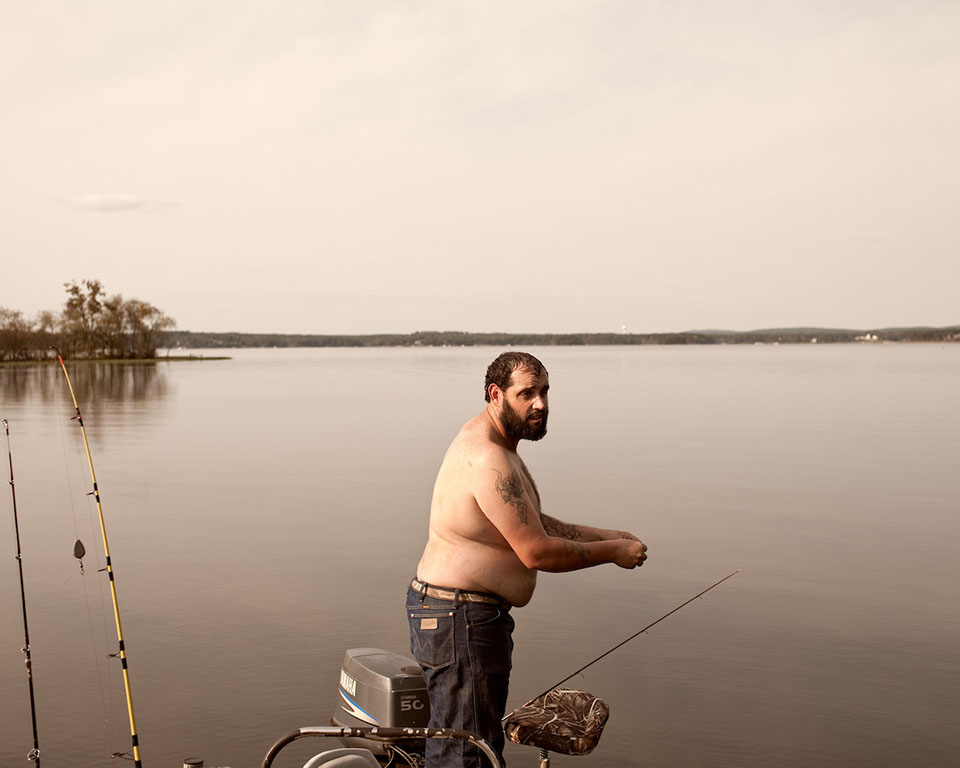 Alex baits a hook while fishing on Badin Lake. Fishing is one of the few things that can calm his nerves. 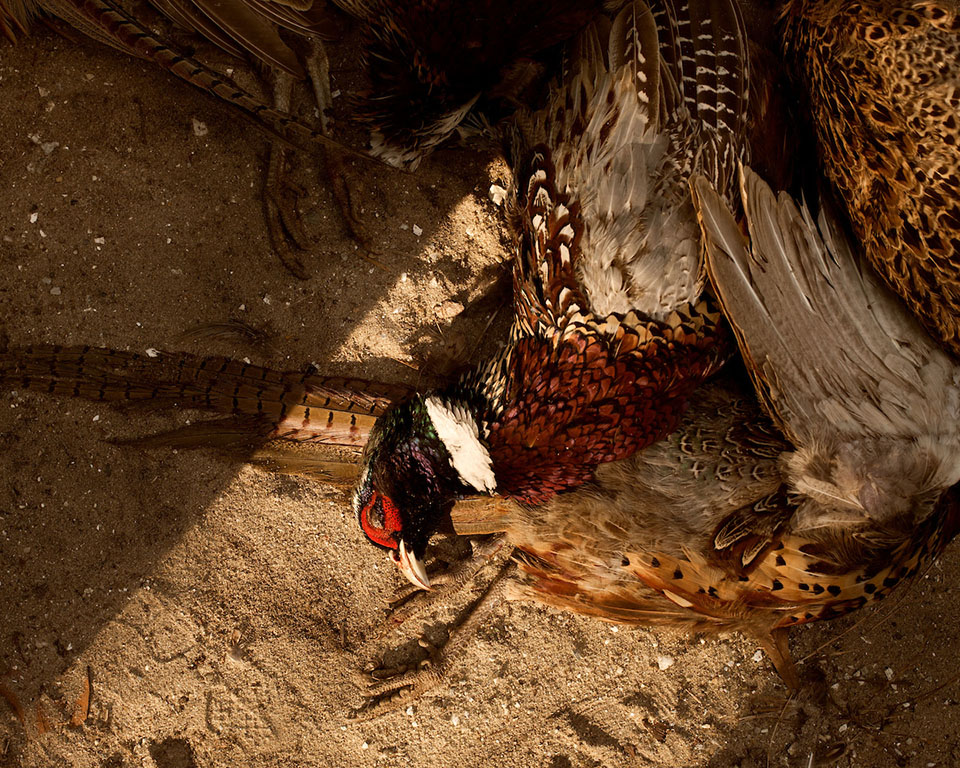 A shot pheasant waits to be cleaned at a Patriot Hunts event for veterans from the Airborne and Special Forces communities. Alex served with the 82nd Airborne and has attended a few of these events that bring together vets from the region. 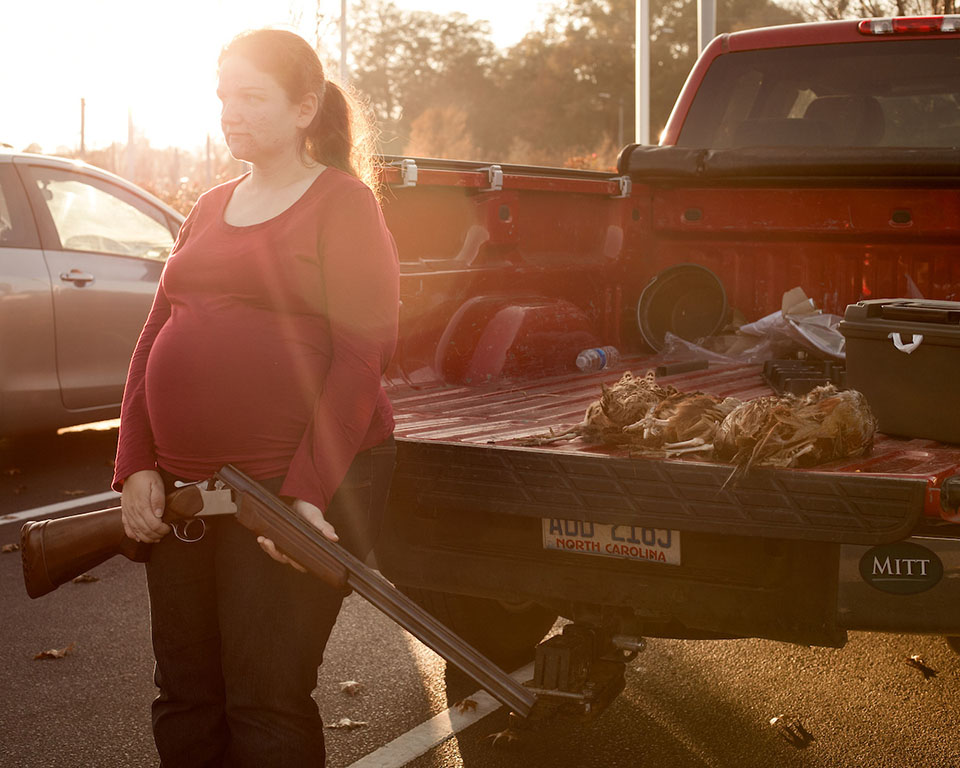 Jessica stands at the bed of the Sutton’s truck after a Patriot Hunts event. 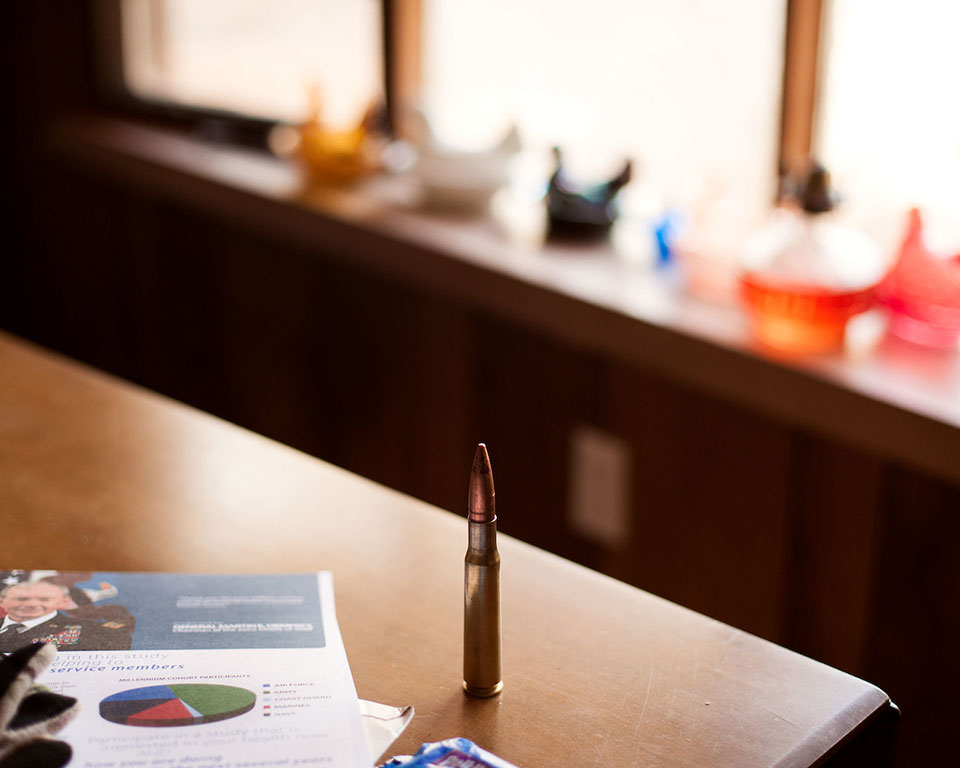 A rifle cartridge sits on a table at the Sutton residence next to a mailer about veteran medical benefits. 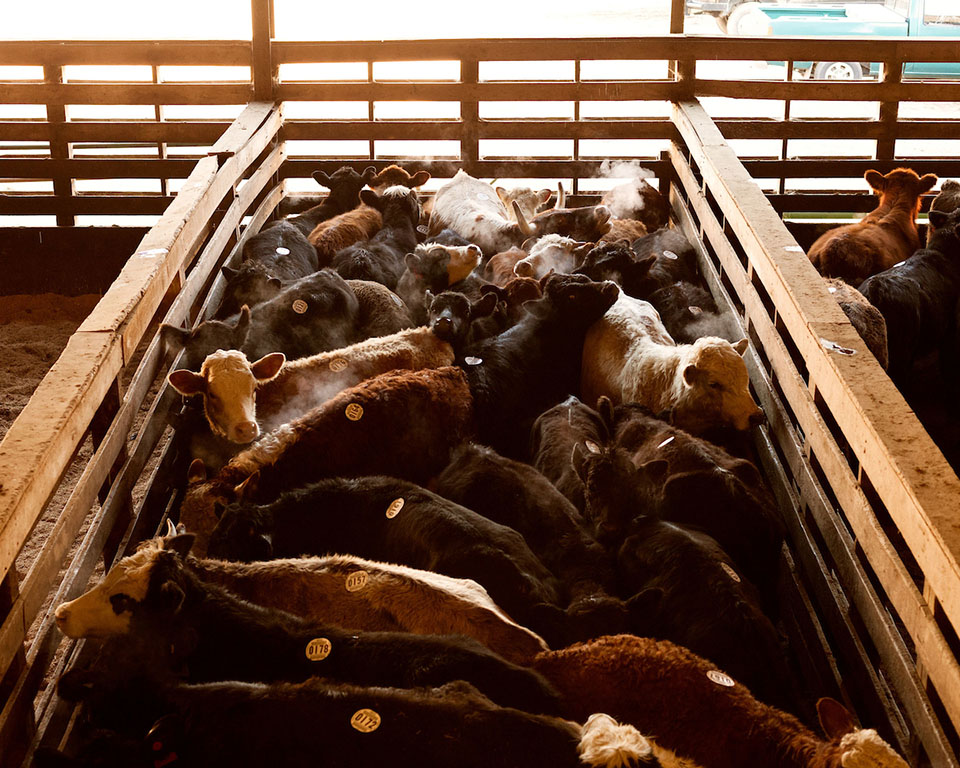 Cattle push and bellow in a pen at a livestock auction in rural North Carolina. The Suttons came to try and a buy a cow or two and ended up with two alpacas, which Alex bought on a whim. 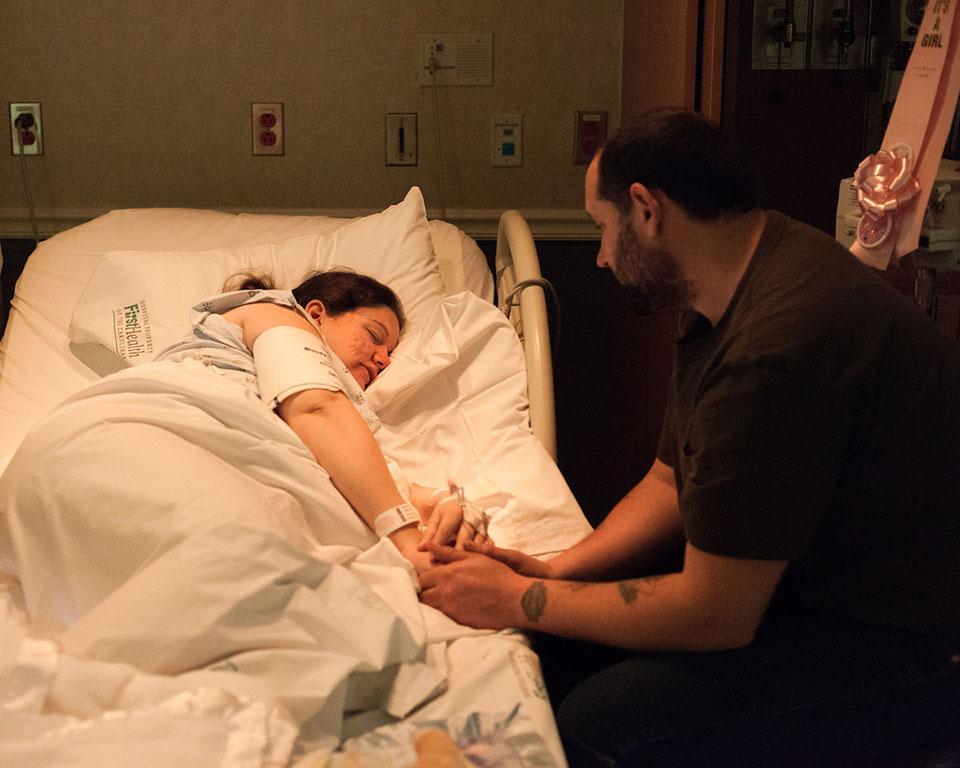 Alex and Jessica wait for the birth of their first child. After losing custody of his first daughter (from a previous marriage) after returning from his third tour in Iraq, Alex has always wanted, but feared, the arrival of his first child in his new relationship. 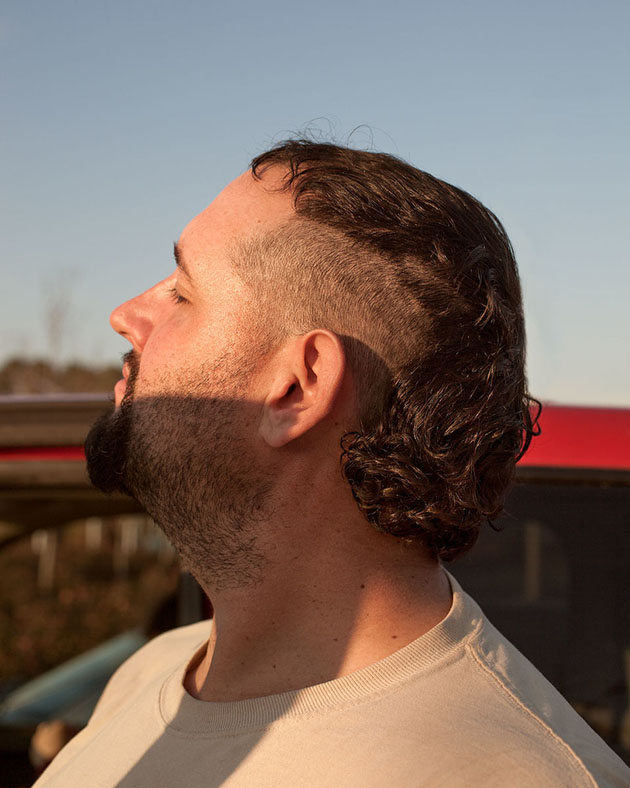