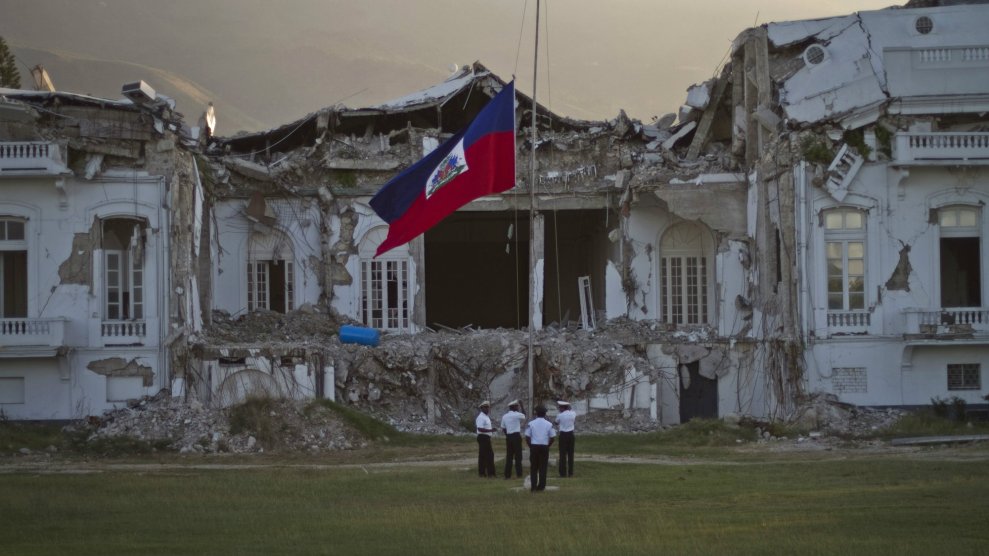 Update 5/23: In a statement released on Monday, Homeland Security Secretary John Kelly announced that Haiti’s Temporary Protected Status designation would be extended until January 22, 2018. The statement says that the Trump administration will reevaluate Haiti’s designation and make a new determination in November, but Kelly also suggested that an additional extension is unlikely. “I believe there are indications that Haiti—if its recovery from the 2010 earthquake continues at pace—may not warrant further TPS extension past January 2018,” Kelly said. “Beneficiaries should plan accordingly that this status may finally end after the extension announced today.”

More than 50,000 Haitians living in the United States will remain in limbo for another six months. The Trump administration has reportedly granted a temporary extension of these Haitians’ legal status, leaving them at risk of being forced to leave the country—or remain illegally—at the start of next year.

Multiple reports on Monday indicate that the Department of Homeland Security will extend Temporary Protected Status for Haitian nationals for six months. Haitians were granted the special status in 2010, after an earthquake leveled buildings, displaced millions, and killed an estimated 300,000 people. As Mother Jones previously reported, TPS is granted to people from countries experiencing humanitarian crises:

First introduced in 1990, the TPS program provides humanitarian relief to nationals of countries coping with a severe conflict or natural disaster. By providing recipients with legal status and work authorization, TPS designations—typically granted in six- to 18-month cycles that can be renewed indefinitely—have become a crucial means of aiding people who face unsafe conditions should they be sent back to their home country.

The extension was first reported on Monday by the Washington Post and confirmed by the Miami Herald, which wrote that Rep. Frederica Wilson (D-Fla.) received a call from DHS with news of the decision. DHS not not respond to Mother Jones‘ request for comment.

With the extension, Haiti’s TPS designation will continue past its current July expiration date, to January 22, 2018. The six-month extension aligns with the recommendation of James McCament, acting director of US Citizenship and Immigration Services, who wrote a memo to Homeland Security Secretary John Kelly in April suggesting that Haiti’s TPS designation be extended to the beginning of 2018 and then allowed to expire. Immigration advocates had strongly encouraged DHS to extend the designation for a full 18 months, arguing that Haiti needed more time to recover before thousands of people could return to the country safely.

Prior to the decision, some 50,000 Haitians living and working in the United States were at risk of being deported back to Haiti, which is dealing with a multitude of conflicts—or staying in the United States and becoming undocumented. The latest extension means that Haitians with TPS can breathe for now but will face the same suspense in November, when DHS must again decide whether to extend their TPS or allow it to expire.

Immigration advocates had mixed reactions to the news. “The fear was that we may not even get six months,” says Nana Brantuo, policy manager for the Black Alliance for Just Immigration, one of the groups that has called for an extension of Haiti’s TPS designation. But she adds, “The 18-month extension is what we need. Otherwise we’re going to have thousands of people who are unauthorized in fear of being deported.”