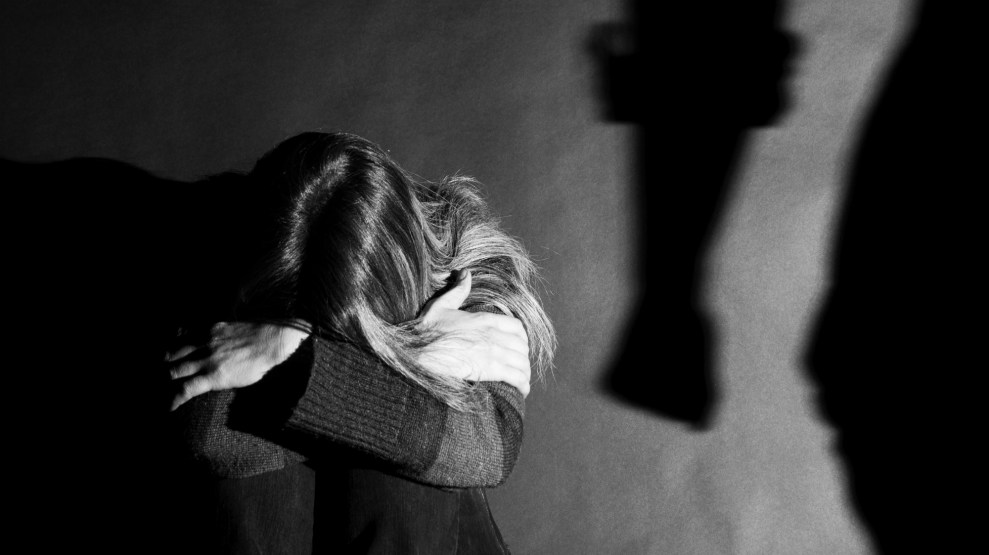 The Trump administration’s effort to highlight crimes committed by undocumented immigrants has become a nightmare for immigrant victims of abuse, with the personal information of undocumented victims appearing in a publicly searchable database launched last month by the Department of Homeland Security.

Last month, DHS created the Victims of Immigration Crime Engagement (VOICE) office, aimed at assisting the victims of crimes committed by immigrants. At the same time, it rolled out a database called Victim Information and Notification Exchange, or DHS-VINE, ostensibly to provide information on the custody status and detention information of immigrants who have been accused of crimes. But the database appears to contain information about a much broader group of people, including undocumented immigrants in detention who are not suspected of infractions other than lacking legal status—and who are sometimes themselves victims of abuse.

The problem was first highlighted by the Tahirih Justice Center, which supports immigrant women and girls escaping gender-based violence. On Thursday, the group wrote a letter to US Immigration and Customs Enforcement explaining that the personal information of immigrant survivors was searchable in DHS-VINE.

Earlier this month, the center was able to find the personal information of one of its clients in the database. The group then reached out to attorneys who work with immigrant survivors; together, they confirmed that the names, custody status, and detention location of other survivors were searchable in the DHS-VINE system. The database also includes information about where detainees are housed and sends notifications when they are transferred or released, potentially allowing abusers or traffickers to find their victims and cause further harm. “Their listing in the public database is a violation of federal statute which carries significant penalties under the law, and puts survivors’ lives in danger,” the center notes in its letter.

Immigrant advocates first notified ICE of the problem earlier this month but received no response. They then sent a second letter on May 25, calling for the information of survivors to be pulled from the system immediately or for DHS-VINE to be shut down by Friday.

“We’re concerned that DHS does not seem to be seriously considering the concerns of victims of crime,” says Archi Pyati, chief of policy for the Tahirih Justice Center. The inclusion of survivors’ information, she says, is a violation of federal law protecting the information of people applying for special visas or other protections for victims of domestic violence, sexual assault, or human trafficking.

In statements to Mother Jones and other media outlets, ICE said that it was aware of the problems with the database. “ICE continually strives to ensure that information protected both by policy and law is never divulged,” the agency said. “When the agency receives evidence suggesting that non-releasable information is unintentionally available, immediate actions are taken to ensure proper mitigation both to correct and to prevent further disclosures.” The agency did not respond to questions about how long it would take to remove survivors from the DHS-VINE database. Earlier on Friday, the Guardian reported that some names were removed from the database after the outlet sent an inquiry to ICE. But the names of other survivors remain in the system.

The VOICE office has been criticized for painting immigrants as uniquely engaged in criminal activity despite evidence that immigrants commit crimes at lower rates than US citizens. Shortly after the office launched, the Los Angeles Times reported that it was able to find the information of children as young as three years old in the VINE database.

The controversy over the DHS-VINE is the latest blow to immigrant victims of abuse, who have already moved into the shadows as the Trump administration continues to push aggressive immigration enforcement. A recent survey of service providers working with immigrant victims of domestic violence and sexual assault found that three in four providers had worked with survivors concerned about opening themselves up to deportation if they contacted the police or went to court to address their abuse.

Thomas Homan, acting director of ICE, reached out to the Tahirih Justice Center on Friday about the issue. “I assure you that we are implementing additional measures to strengthen the information protections of the system,” he wrote.

If survivors’ names are still in the database next week, Pyati says advocates will reach out to the agency again. “Now that they’re on notice, we are going to pursue every avenue that we can to ensure that victims are safe,” she says.