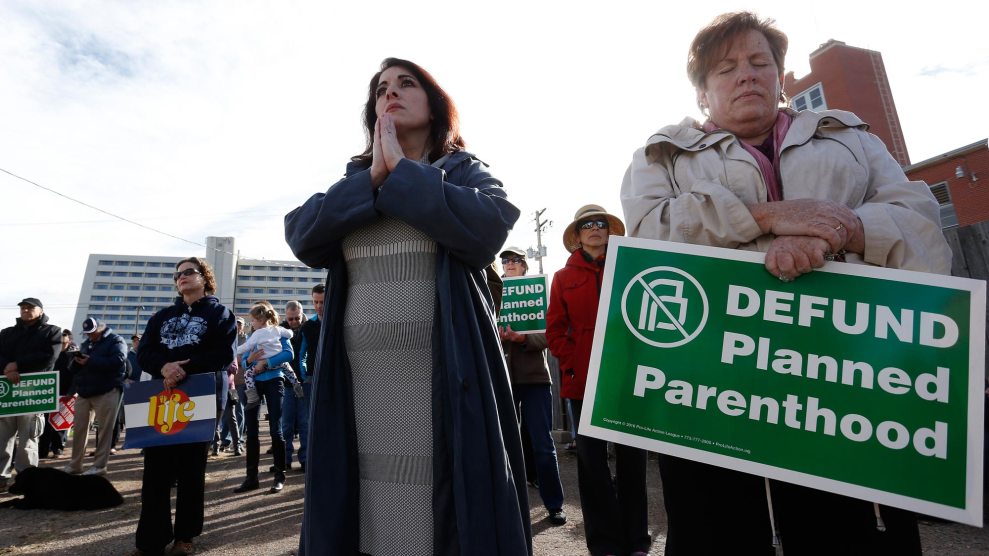 In a harbinger of what’s to come if the Obamacare repeal bill becomes law, Planned Parenthood has announced that it will close four health clinics in Iowa next month that serve nearly 15,000 patients.

The move is a direct result of a defunding measure signed into law by Iowa Gov. Terry Branstad last week that will go into effect on July 1. The new law rejects federal Medicaid dollars and replaces them with a state-run family planning program that will prohibit low-income patients from using their publicly funded insurance for care at providers, like Planned Parenthood, that also offer abortions.

“What is happening in Iowa is what we could see across the country if Congress passes this dangerous law to defund Planned Parenthood,” said Dr. Raegan McDonald-Mosley, chief medical officer at Planned Parenthood Federation of America, in a statement. “This is hardest on people who already face barriers to accessing health care—especially people of color, young people, people with low to moderate incomes, and people who live in rural areas.”

The defunding measure enacted by Iowa is similar to the one attached to the Obamacare repeal bill, the American Health Care Act (AHCA), that passed the House earlier this month and must now head to the Senate. That proposal would undo a federal statute that allows Medicaid patients to use their coverage broadly, prohibiting states from excluding abortion providers in doling out Medicaid reimbursements for nonabortion care. (The Hyde Amendment prohibits the use of federal Medicaid funds for most abortions.) Iowa’s new law rejects federal Medicaid funding and replaces it with state money so as not to run afoul of this federal requirement.

A number of other states have attempted to exclude abortion providers from their Medicaid programs, but only Texas has ever done so successfully, doing in 2011 exactly what Iowa did last week. Texas’ state-funded program promised to maintain the same level of care for patients without Planned Parenthood, through community health clinics, federally qualified health centers, and more. In reality, there was a significant drop in care for low-income patients: A number of clinics closed. Other health centers attempted to step in, but nearly 26,000 fewer women received reproductive health care. Medicaid contraception claims declined by 35 percent, suggesting that fewer low-income women were obtaining contraceptive care. There was also an increase in childbirths among women receiving Medicaid who’d previously received contraception from Planned Parenthood clinics. The areas that saw the largest drops in women served were those where Planned Parenthood clinics had to close.

The Iowa counties that will be losing Planned Parenthood clinics are poised for a similar decline in access to care: In three out of the four counties with health centers closing—Burlington, Keokuk, and Sioux City—Planned Parenthood served at least 80 percent of the family planning patients using publicly funded insurance, according to 2015 data.