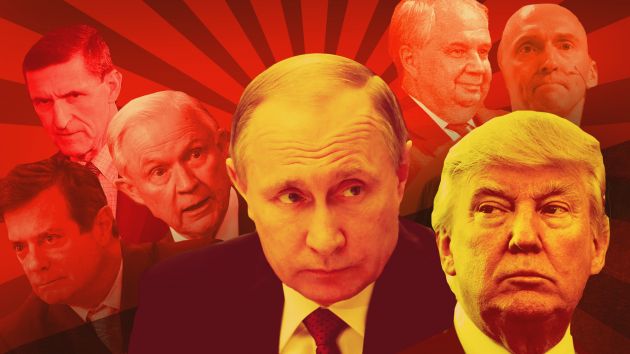 WASHINGTON (Reuters) – The Trump administration is exploring whether it can use an obscure ethics rule to undermine the special counsel investigation into ties between President Donald Trump’s campaign team and Russia, two people familiar with White House thinking said on Friday.

Within hours of Mueller’s appointment on Wednesday, the White House began reviewing the Code of Federal Regulations, which restricts newly hired government lawyers from investigating their prior law firm’s clients for one year after their hiring, the sources said.

An executive order signed by Trump in January extended that period to two years.

Mueller’s former law firm, WilmerHale, represents Trump’s son-in-law Jared Kushner, who met with a Russian bank executive in December, and the president’s former campaign manager Paul Manafort, who is a subject of a federal investigation.

Legal experts said the ethics rule can be waived by the Justice Department, which appointed Mueller. He did not represent Kushner or Manafort directly at his former law firm.

If the department did not grant a waiver, Mueller would be barred from investigating Kushner or Manafort, and this could  greatly diminish the scope of the probe, experts said.

Even if the Justice Department granted a waiver, the White House would consider using the ethics rule to create doubt about Mueller’s ability to do his job fairly, the sources said. Administration legal advisers have been asked to determine if there is a basis for this.

Under this strategy, the sources said the administration would raise the issue in press conferences and public statements.

Moreover, the White House has not ruled out the possibility of using the rule to challenge Mueller’s findings in court, should the investigation lead to prosecution.

FOCUS ON CASTING A CLOUD OVER MUELLER

But the administration is now mainly focused on placing a cloud over his reputation for independence, according to the sources, who spoke on the condition of anonymity.

Kathleen Clark, a professor of legal ethics at Washington University School of Law, said the Justice Department can grant a waiver if concerns about bias are minimal.

She said subjects of the investigation could later argue that its results cannot be trusted, but she believes the argument would not stand up in court.

The White House did not respond to a request for comment on whether it is reviewing the ethics rule in order to undermine Mueller’s credibility.

Mueller’s former colleagues at WilmerHale, James Quarles and Aaron Zebley, are expected to join his investigation, according to a spokeswoman for the law firm. Neither Quarles nor Zebley represented Kushner or Manafort.

Unlike Kenneth Starr, the independent counsel appointed by a three-judge panel to investigate Bill and Hillary Clinton’s real estate holdings in the 1990s, Mueller depends on the Justice Department for funding and he reports to Rosenstein, who was appointed by Trump.

When he announced Mueller’s appointment this week, Rosenstein said Mueller will have “all appropriate resources to conduct a thorough and complete investigation.”