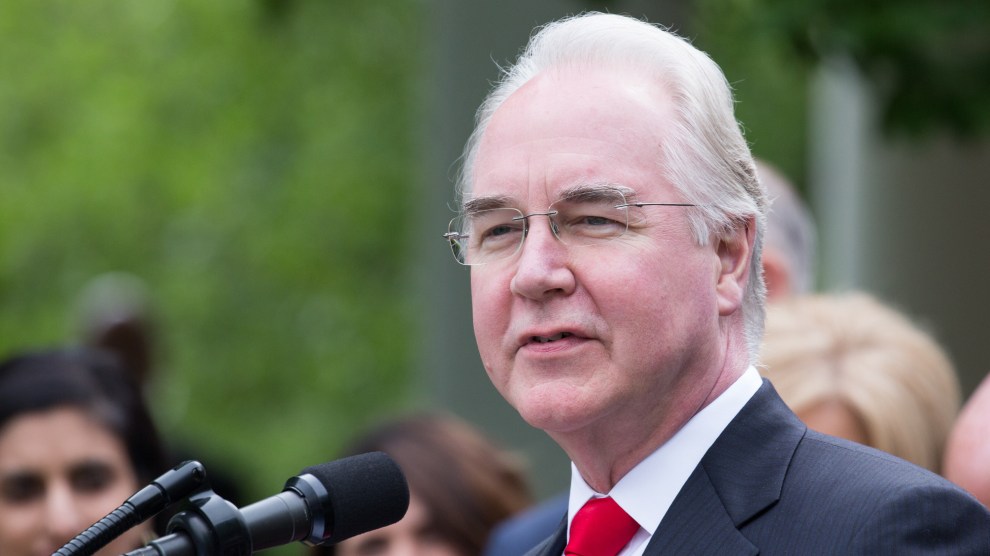 On a listening tour about the opioid epidemic in West Virginia on Tuesday, Health and Human Services Secretary Tom Price stressed the urgency of tackling the staggering overdose problem, saying “we’re losing people every single day across the nation, so we don’t have time to wait.”

But when it came time to discuss solutions, Price contradicted guidance from his own agency by asserting that medications to treat opioid addiction are “just substituting one opioid for another.” His comments about so-called medication-assisted treatments run counter to years of scientific studies finding that access to the medications, such as buprenorphine or methadone, make drug users more likely to recover.

Asked about drug treatment options, Price touted faith-based programs while showing less support for medication-assisted programs in which addicts are weaned off heroin with other opioids like Suboxone and methadone.

“If we’re just substituting one opioid for another, we’re not moving the dial much,” he said. “Folks need to be cured so they can be productive members of society and realize their dreams.”

The secretary’s comments directly oppose literature from the Substance Abuse and Mental Health Administration, a division of HHS. “The goal of medication-assisted treatment is to recover from addiction,” reads “Medication-Assisted Treatment for Opioid Addiction: Facts for Families and Friends.” The literature goes on: “It does NOT replace one addictive drug with another. It provides a safe, controlled level of medication to overcome the use of a problem opioid.”

The comments left public health advocates concerned that the nation’s top doctor is promoting an old-fashioned attitude—one that sees addiction as simply a hurdle to overcome with abstinence-based programs like 12-Step. “The first line treatment for opioid addiction are medicines like buprenorphine and methadone—abstinence-based approaches don’t work well for most patients with opioid addiction,” says Dr. Andrew Kolodny, who researches opioid policy at Brandeis University and directs the Physicians for Responsible Opioid Prescribing. “Until we do a better job improving access to buprenorphine and methadone, overdose deaths will remain at historically high levels.”