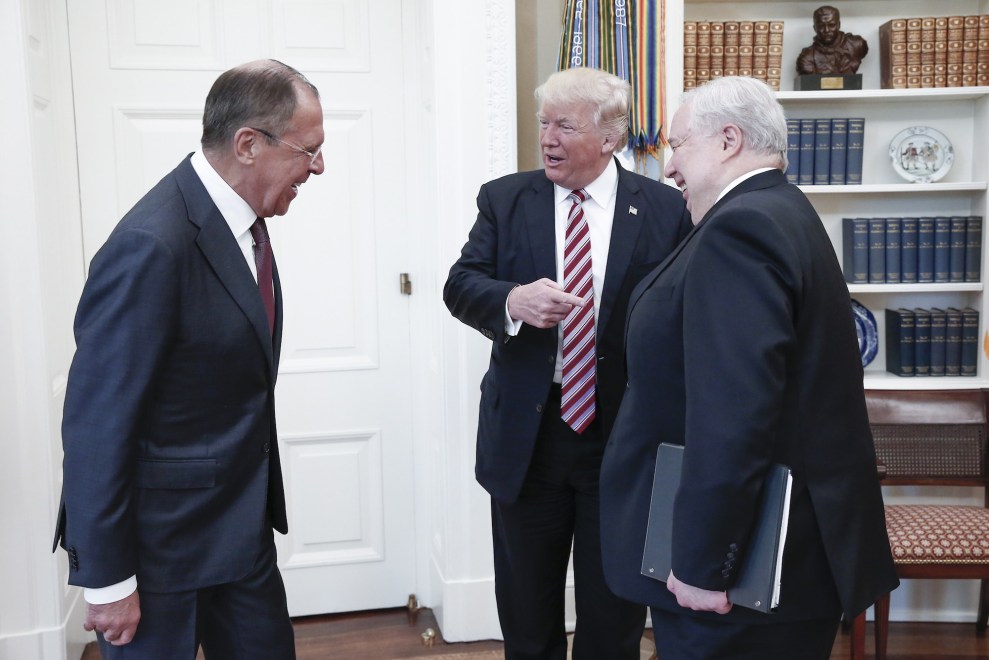 Following a Washington Post report that President Donald Trump revealed highly classified information to Russian diplomats last week, Trump on Tuesday justified his “absolute right” to share information with Russian officials for “humanitarian” causes. In a pair of tweets, Trump appeared to confirm at least some elements of the explosive allegations.

As President I wanted to share with Russia (at an openly scheduled W.H. meeting) which I have the absolute right to do, facts pertaining….

…to terrorism and airline flight safety. Humanitarian reasons, plus I want Russia to greatly step up their fight against ISIS & terrorism.

Trump’s defense is a reversal of the administration’s initial denial: When the report was published on Monday, national security adviser H.R. McMaster refuted it as “false” and denied the president discussed “intelligence sources or methods” with the Russian ambassador and foreign minister. However, the Washington Post story never alleged exactly that. The report, which was later backed by independent reporting from the New York Times and BuzzFeed, cited several government sources claiming Trump revealed highly sensitive information that could potentially jeopardize an important intelligence-sharing partner.

On Tuesday, a spokeswoman for the Russian foreign ministry also denied that Trump had disclosed sensitive material during the Oval Office meeting, which was closed to American media but photographed by the Russian press.