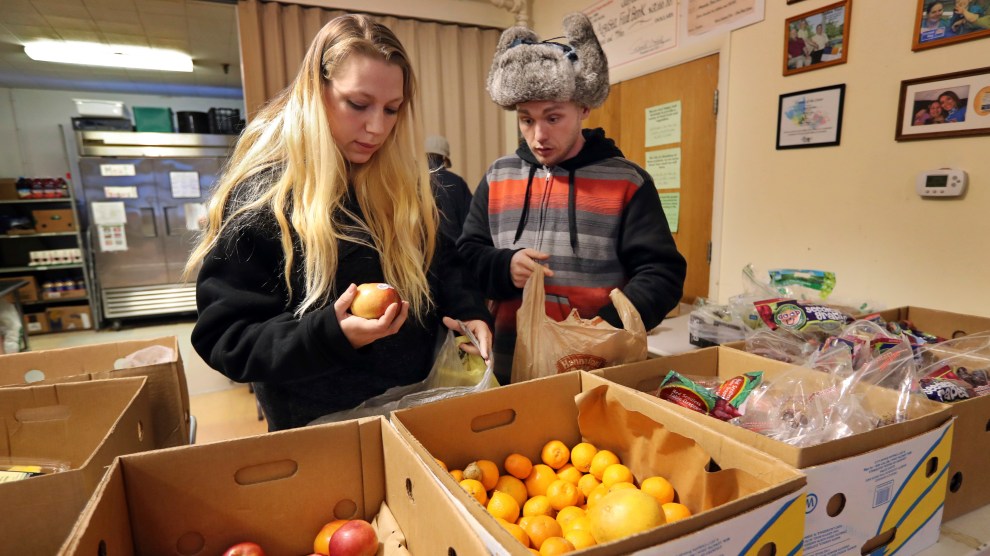 President Donald Trump unveiled his 2018 budget today, with more than $1 trillion in cuts over the next 10 years to government programs such as Medicaid, farm subsidies, affordable housing, and other anti-poverty programs.

The budget includes $193 billion in cuts over a decade to the Supplemental Nutrition Assistance Program (SNAP), or food stamps—25 percent of the program’s budget. About 44 million people benefit from food stamps in the United States, especially poorer states in the Southeast. For example, 1 out of every 5 people in Louisiana receive food stamps in a given month, according to a report by the Center on Budget and Policy Priorities.

Trump’s proposed cuts to food stamps will by and large hit the states that voted for him the hardest. Louisiana voted overwhelmingly for Trump, as did its Southeast counterparts Mississippi, Alabama, West Virginia, and Georgia. Out of the 10 states with the highest food stamp use by population, seven voted Republican in last year’s presidential election. (See more details in the list below.)

These maps show state populations that were enrolled in SNAP in a given month in 2016 and which states voted for Trump.

Seven of the 10 states that used food stamps the most in 2016 also favored Trump in the election: