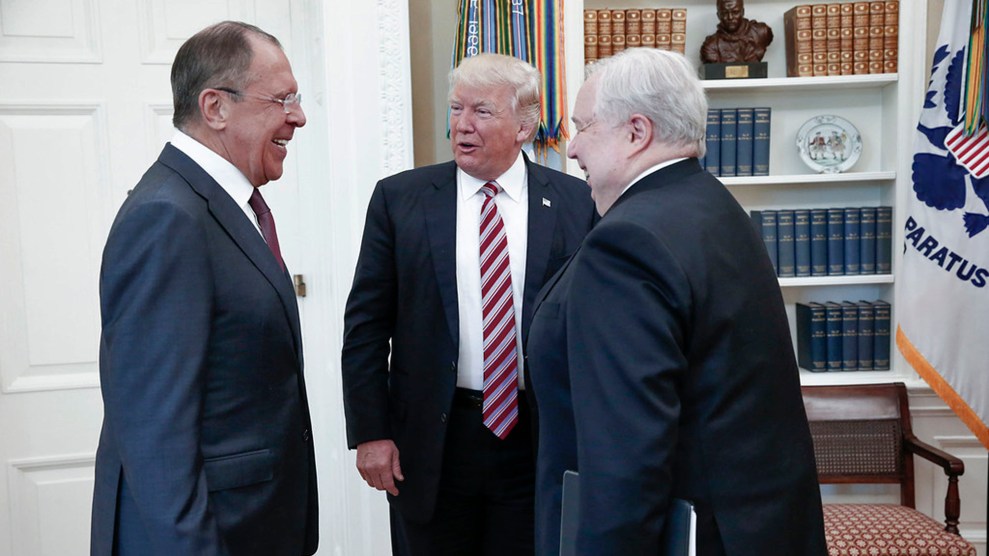 The day after he fired Comey, Trump met with top Russian diplomats in the Oval Office. There, the New York Times revealed Friday afternoon, he badmouthed Comey and seemed to imply that his firing was prompted by the FBI’s investigation into Russian interference in the 2016 elections. “I just fired the head of the FBI,” Trump said, according to the Times. “He was crazy, a real nut job. I faced great pressure because of Russia. That’s taken off.” White House Press Secretary Sean Spicer did not dispute this account.

Moments later, the Washington Post reported that a current White House official in Trump’s inner circle is now under scrutiny in the Russia investigation:

The law enforcement investigation into possible coordination between Russia and the Trump campaign has identified a current White House official as a significant person of interest, showing that the probe is reaching into the highest levels of government, according to people familiar with the matter.

The senior White House adviser under scrutiny by investigators is someone close to the president, according to these people, who would not further identify the official.

The White House did not dispute this report either. Both reports came out shortly after Trump departed for his first overseas trip as president.

White House has statements out on both scoops pic.twitter.com/VwORKh23xf