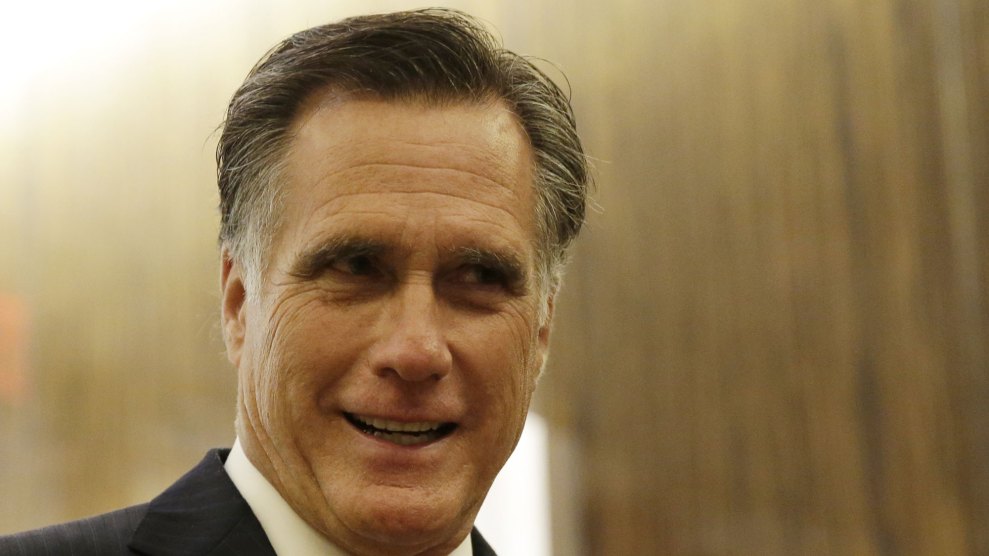 In a fundraising email for Ossoff’s opponent, Republican Karen Handel, Romney asked for help to defend Trump’s agenda from the Democrats:

I am writing you at this critical time because we need your help. With less than one week until the crucial Georgia Special Election, it’s become clear that we cannot afford to sit on the sidelines.

The Georgia Special Election has officially become the most expensive congressional race in history.

Democrats widely view the Georgia Special Election as their first chance to strike a blow to Donald Trump’s presidency and our conservative values.

Now they’re directing all the resources at their disposal to defeat my friend, Karen Handel.

Romney called Trump a “phony” and a “fraud” during the 2016 presidential campaign, and he declined to endorse the Republican nominee. Last month, Romney called on Trump to abandon his promise to pull the US out of the Paris climate agreement.

But Ossoff, a center-left Democrat running in a district Trump barely carried, has apparently compelled Romney to come back into the fold. Ossoff won 47 percent of the vote in the first round of voting and is leading in the most recent polls ahead of Tuesday’s runoff. Democrats view the race as an important test of their ability to compete in historically conservative suburbs that swung sharply toward Hillary Clinton last fall.