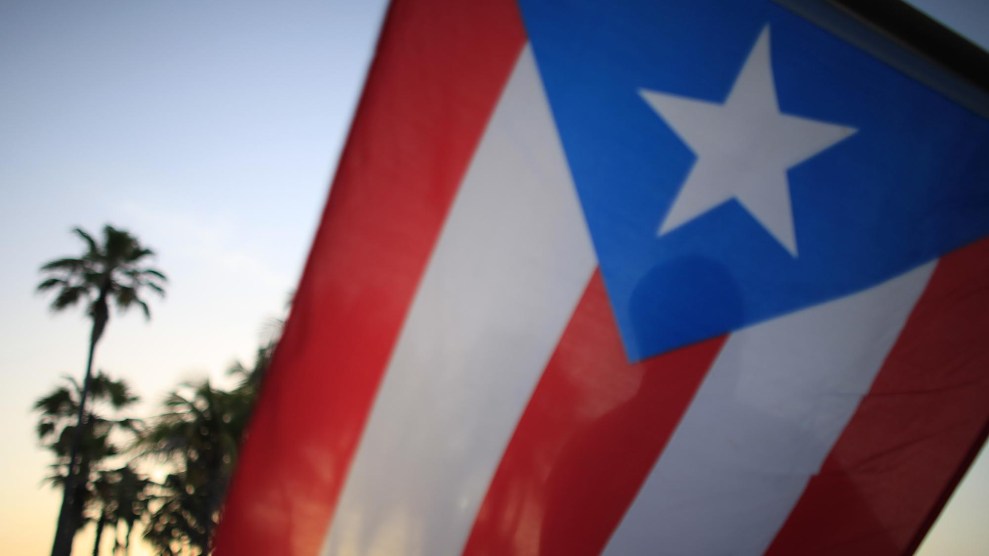 Puerto Ricans head to the polls Sunday for a plebiscite intended to chart a course for the island’s future. At issue is whether voters favor beginning the process of asking the US Congress to allow Puerto Rico to become an actual state; if voters want to ask for greater independence; or if voters want to carry on with the current colonial relationship that exists today.

To many, the political status of Puerto Rico is at the heart of the territory’s ongoing debt crisis; it’s facing more than $120 billion in outstanding debt and pension obligations. Puerto Rico Gov. Ricardo Rosselló was elected last fall on a pro-statehood platform, saying in his inaugural address in January that “there is no way to overcome Puerto Rico’s crisis given its colonial condition.”

Many on the island plan to boycott the election, arguing that since Puerto Rico cannot compel Congress to comply with voters’ wishes, it’s meaningless. “They are spending $8 millionw holding this vote, and yet will the US Congress take any notice of it? No, they won’t,” Juan Collazo, 22, told the Guardian. “This is just another attempt to divide and conquer us.”