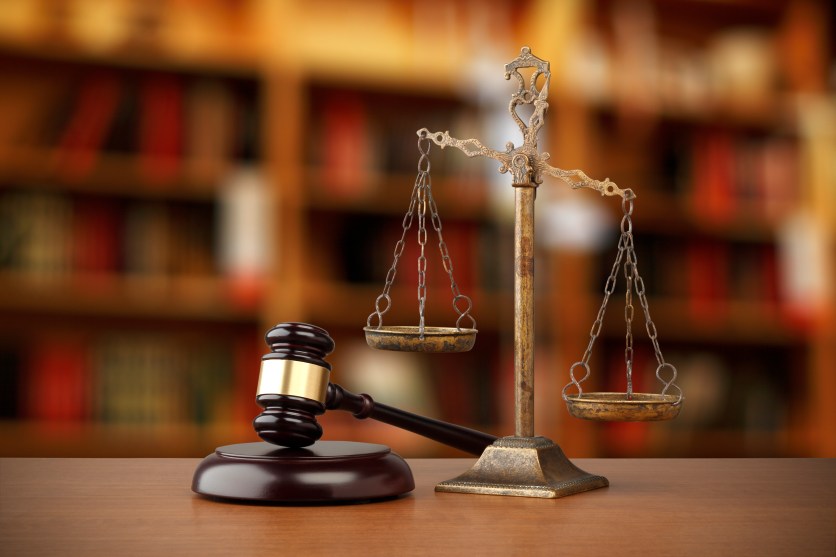 For decades, the Department of Justice has used court-enforced agreements to protect civil rights, successfully desegregating school systems, reforming police departments, ensuring access for the disabled and defending the religious.

Now, under Attorney General Jeff Sessions, the DOJ appears to be turning away from this storied tool, called consent decrees. Top officials in the DOJ civil rights division have issued verbal instructions through the ranks to seek settlements without consent decrees—which would result in no continuing court oversight.

The move is just one part of a move by the Trump administration to limit federal civil rights enforcement. Other departments have scaled back the power of their internal divisions that monitor such abuses. In a previously unreported development, the Education Department last week reversed an Obama-era reform that broadened the agency’s approach to protecting rights of students. The Labor Department and the Environmental Protection Agency have also announced sweeping cuts to their enforcement.

“At best, this administration believes that civil rights enforcement is superfluous and can be easily cut. At worst, it really is part of a systematic agenda to roll back civil rights,” said Vanita Gupta, the former acting head of the DOJ’s civil rights division under President Barack Obama.

Consent decrees have not been abandoned entirely by the DOJ, a person with knowledge of the instructions said. Instead, there is a presumption against their use—attorneys should default to using settlements without court oversight unless there is an unavoidable reason for a consent decree. The instructions came from the civil rights division’s office of acting Assistant Attorney General Tom Wheeler and Deputy Assistant Attorney General John Gore. There is no written policy guidance.

“At best, this administration believes that civil rights enforcement is superfluous and can be easily cut,” said Vanita Gupta

Devin O’Malley, a spokesperson for the DOJ, declined to comment for this story.

Consent decrees can be a powerful tool, and spell out specific steps that must be taken to remedy the harm. These are agreed to by both parties and signed off on by a judge, whom the parties can appear before again if the terms are not being met. Though critics say the DOJ sometimes does not enforce consent decrees well enough, they are more powerful than settlements that aren’t overseen by a judge and have no built-in enforcement mechanism.

Consent decrees often require agencies or municipalities to take expensive steps toward reform. Local leaders and agency heads then can point to the binding court authority when requesting budget increases to ensure reforms. Without consent decrees, many localities or government departments would simply never make such comprehensive changes, said William Yeomans, who spent 26 years at the DOJ, mostly in the civil rights division.

“They are key to civil rights enforcement,” he said. “That’s why Sessions and his ilk don’t like them.”

Some, however, believe the Obama administration relied on consent decrees too often and sometimes took advantage of vulnerable cities unable to effectively defend themselves against a well-resourced DOJ.

“I think a recalibration would be welcome,” said Richard Epstein, a professor at New York University School of Law and a fellow at the Hoover Institution at Stanford, adding that consent decrees should be used in cases where clear, systemic issues of discrimination exist.

Though it’s too early to see how widespread the effect of the changes will be, the Justice Department appears to be adhering to the directive already.

On May 30, the DOJ announced Bernards Township in New Jersey had agreed to pay $3.25 million to settle an accusation it denied zoning approval for a local Islamic group to build a mosque. Staff attorneys at the U.S. attorney’s office in New Jersey initially sought to resolve the case with a consent decree, according to a spokesperson for Bernards Township. But because of the DOJ’s new stance, the terms were changed after the township protested, according to a person familiar with the matter. A spokesperson for the New Jersey U.S. attorney’s office declined comment.

Sessions has long been a public critic of consent decrees. As a senator, he wrote they “constitute an end run around the democratic process.” He lambasted local agencies that seek them out as a way to inflate their budgets, a “particularly offensive” use of consent decrees that took decision-making power from legislatures.

The DOJ has already come under fire from critics for altering its approach to voting rights cases. After nearly six years of litigation over Texas’ voter ID law—which Obama DOJ attorneys said was written to intentionally discriminate against minority voters and had such a discriminatory effect—the Trump DOJ abruptly withdrew its intent claims in late February.On March 31, Sessions ordered a sweeping review of all consent decrees with troubled police departments nationwide to ensure they were in line with the Trump administration’s law-and-order goals. Days before, the DOJ had asked a judge to postpone a hearing on a consent decree with the Baltimore Police Department that had been arranged during the last days of the Obama administration. The judge denied that request, and the consent decree has moved forward.

Attorneys who worked on the case for years were barely consulted about the change—many weren’t consulted at all, according to two former DOJ officials with knowledge of the matter. Gore wrote the filing changing the DOJ’s position largely by himself and asked the attorneys who’d been involved in the case for years to sign it to show continuity. Not all of the attorneys fell in line. Avner Shapiro—who has been a prosecutor in the civil rights division for more than 20 years—left his name off the filings written by Gore. Shapiro was particularly involved in developing the DOJ’s argument that Texas had intentionally discriminated against minorities in crafting its voter ID legislation.

“That’s the ultimate act of rebellion,” Yeomans, the former civil rights division prosecutor, said. A rare act, removing one’s name from a legal filing is one of the few ways career attorneys can express public disagreement with an administration.

Across federal departments, the Trump administration has made moves to diminish the power of civil rights divisions.

Gore has no history of bringing civil rights cases. A former partner at the law firm Jones Day, he has instead defended states against claims of racial gerrymandering and represented North Carolina when the state was sued over its controversial “bathroom bill,” which requires transgender people to use the facility that matched their birth gender.

All of the internal changes at the DOJ have left attorneys and staff with “a great deal of fear and uncertainty,” said Yeomans. While he says the lawyers there would like to stay at the department, they fear Sessions’ priorities will have devastating impact on their work.

The DOJ’s civil rights office is not alone in fearing rollbacks in enforcement. Across federal departments, the Trump administration has made moves to diminish the power of civil rights divisions.

The Department of Education has laid out plans to loosen requirements on investigations into civil rights complaints, according to an internal memo sent to staff on June 8 and obtained by ProPublica.

Under the Obama administration, the department’s office for civil rights applied an expansive approach to investigations. Individual complaints related to complex issues such as school discipline, sexual violence and harassment, equal access to educational resources, or racism at a single school might have prompted broader probes to determine whether the allegations were part of a pattern of discrimination or harassment.

The office will apply the broader approach “only” if the original allegations raise systemic concerns or the investigative team argues for it, Jackson wrote in the memo.

As part of the new approach, the Education Department will no longer require civil rights investigators to obtain three years of complaint data from a specific school or district to assess compliance with civil rights law.

But some civil rights leaders believe the change could undermine the office’s mission. This narrowing of the department’s investigations “is stunning to me and dangerous,” said Catherine Lhamon, who led the Education Department’s civil rights office from August 2013 until January 2017 and currently chairs the United States Commission on Civil Rights. “It’s important to take an expansive view of the potential for harm because if you look only at the most recent year, you won’t necessarily see the pattern,” said Lhamon.Critics contend the Obama administration’s probes were onerous. The office “did such a thorough review of everything that the investigations were demanding and very expensive” for schools, said Boston College American politics professor R. Shep Melnick, adding that the new approach could take some regulatory pressure off schools and districts.

The department’s new directive also gives more autonomy to regional offices, no longer requiring oversight or review of some cases by department headquarters, according to the memo.

The Education Department did not respond to ProPublica’s request for comment.

Education Secretary Betsy DeVos has also proposed cutting over 40 positions from the civil rights office. With reduced staff, the office will have to “make difficult choices, including cutting back on initiating proactive investigations,” according to the department’s proposed budget.

Elsewhere, Trump administration appointees have launched similar initiatives. In its 2018 fiscal plan, the Labor Department has proposed dissolving the office that handles discrimination complaints. Similarly, new leadership at the Environmental Protection Agency has proposed entirely eliminating the environmental justice program, which addresses concerns that almost exclusively impact minority communities. The Washington Post reports the plan transfers all environmental justice work to the Office of Policy, which provides policy and regulatory guidance across the agency.

Mustafa Ali, a former EPA senior adviser and assistant associate administrator for environmental justice who served more than 20 years, quit the agency in protest days before the plan was announced. In his resignation letter, widely circulated in the media, Ali suggested the new leadership was abandoning “those who need our help most.”

Ryan Gabrielson contributed to this report.