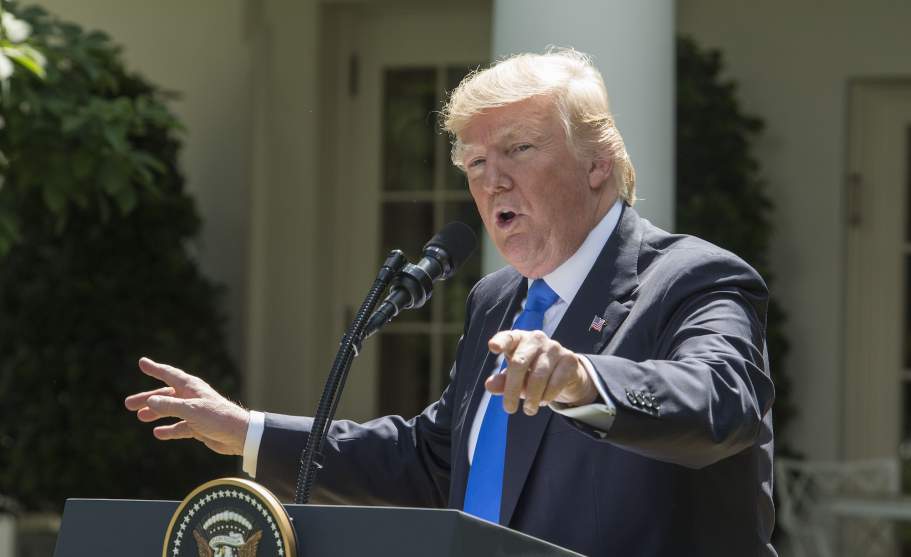 They made up a phony collusion with the Russians story, found zero proof, so now they go for obstruction of justice on the phony story. Nice

You are witnessing the single greatest WITCH HUNT in American political history – led by some very bad and conflicted people! #MAGA

The pair of tweets come one day after the Washington Post reported that Mueller’s Russia probe has been expanded to include potential crimes committed by the president. According to the report, Mueller has requested interviews with several high-level intelligence officials, including NSA director Mike Rogers, National Intelligence director Dan Coats, and CIA director Mike Pompeo.

The revelation marks a significant twist in the investigation, which until recently had not included a personal examination of Trump himself. The Post reported that Mueller began looking into whether Trump attempted to obstruct justice shortly after the abrupt dismissal of former FBI director James Comey last month.

Chris Ruddy to @JudyWoodruff: President Trump is considering firing special counsel Robert Mueller, who he considered for another position. pic.twitter.com/X4IIHlh8at

Other conservatives, including former House Speaker Newt Gingrich, have shared the president’s disapproval of Mueller, specifically because of the lack of Republican lawyers hired to work on the investigation. On Thursday, Gingrich joined the president’s social media tirade with his own tweets slamming Mueller and the Russia probe:

Muelleris now clearly the ti[p of the deep state spear aimed at destroying or at a minimum undermining and crippling the Trump presidency.