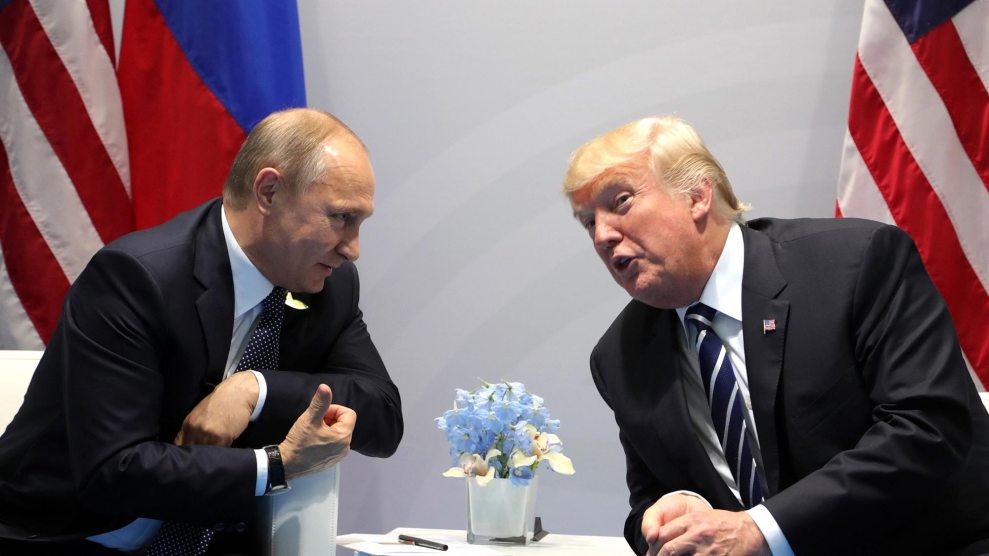 A Russian journalist and member of the Kremlin press pool reports that during the photo-op before the much-anticipated Putin-Trump meeting at the G20 summit, he heard Russian President Vladimir Putin ask a question in English of President Donald Trump. With the cameras clicking and journalists yelling out questions, Putin leaned over and, gesturing with his thumb toward the American reporters, asked Trump, according to a tweet from Dmitri Smirnov of Komsomolskaya Pravda, “Are these the ones who insulted you?” With the reporters being ushered out, Trump replied, “These are the ones.” Putin leaned back and laughed, and with a chuckle Trump seemed to add, “You’re right about that.”

Here’s the clip from Smirnov: