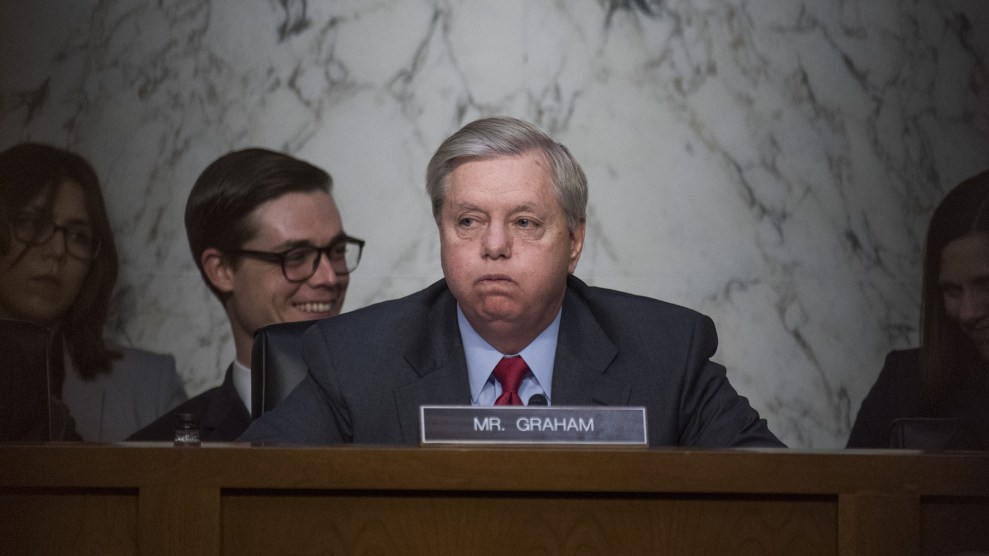 In a highly unusual press conference Thursday afternoon, a group of four Republican senators called on House Speaker Paul Ryan (R-Wis.) to block a health care bill that the senators themselves might vote for.

After several different GOP proposals to dismantle Obamacare died in the Senate this week, it became clear that Senate Majority Leader Mitch McConnell’s (Ky.) last-ditch option was a so-called “skinny bill.” While the contents of this bill are still secret, the legislation would apparently repeal Obamacare’s requirements that individuals have health insurance and that employers provide insurance to their workers, while leaving other pieces of Obamacare in place. According to the nonpartisan Congressional Budget Office, repealing the individual mandate could increase the number of uninsured Americans by 15 million and raise insurance premiums by 20 percent.

Needless to say, the skinny bill is broadly unpopular, even among GOP lawmakers. So at Thursday’s press conference, Republican Sens. Lindsey Graham (S.C.), Ron Johnson (Wis.), John McCain (Ariz.), and Bill Cassidy (La.) announced that they would each vote down the skinny bill unless the House promises that it won’t pass the measure as is. The GOP senators instead want assurances that the legislation will simply be used to advance the health care debate to a conference committee, in which Republicans appointed by the House and Senate leadership would hammer out a different bill altogether. (Conference committees are used to reconcile different versions of bills passed by the House and Senate; the House passed its own Obamacare repeal bill earlier this year.)

In other words, these four senators are saying that they are willing to vote for a bill they don’t support as long as congressional leaders promise it won’t actually become law.

Lindsey Graham says GOP bill is “a fraud…terrible policy and horrible politics” — but will vote for it if it doesn’t become law. pic.twitter.com/k250IsJgMM

Graham demanded that Ryan guarantee that the skinny bill would only be used to kick off a conference committee. That contradicts Ryan’s actions so far. The House leadership set up rules that would allow the body to take up the bill immediately after it passes the Senate. On Thursday, Ryan’s spokesperson said that a conference committee between the House and Senate is “one option under consideration.”

Of course, even if Ryan promises to take the matter to a conference committee, there’s no guarantee that the process would produce a new bill that could pass both the House and the Senate. If the conference committee failed, there’d be nothing stopping the House from simply passing the Senate’s skinny bill into law. And in that scenario, Graham is quite right that it would be a disaster.