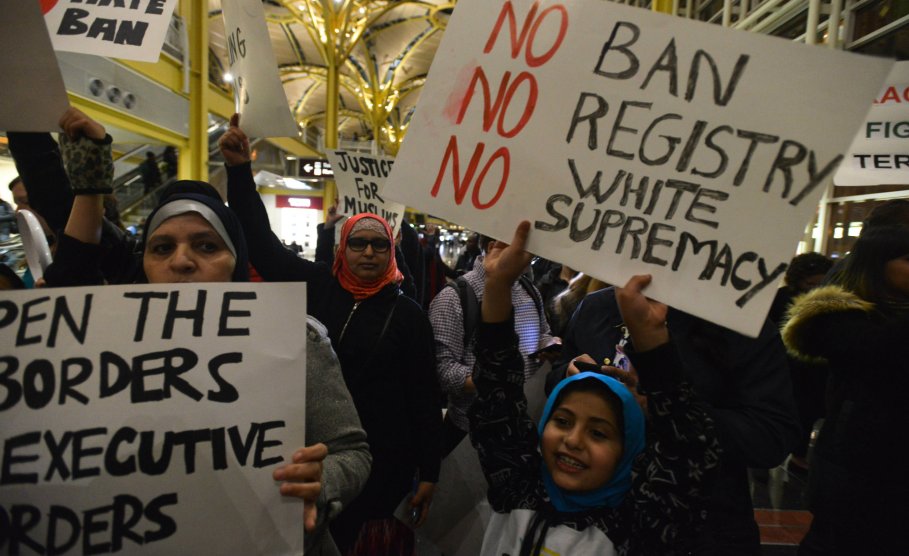 The Supreme Court rejected the Trump administration’s strict interpretation of the court’s travel ban directive on Wednesday, allowing grandparents and other relatives of US residents to come to the country from the six majority-Muslim countries covered by the ban.

On June 26, the court had ruled that President Donald Trump’s travel ban could go into effect while the court reviews the legal challenge to the ban. But it created an exception for people with “bona fide relationships” to US residents. The Trump administration interpreted that language to refer only to immediate family members. When a federal judge in Hawaii broadened that interpretation to include grandparents and more distant relatives, the administration requested clarification from the Supreme Court. But on Wednesday, the Supreme Court denied that request, upholding a ruling from federal Judge Derrick Watson in Hawaii. The upshot: The ban will not apply to grandparents, cousins, aunts, uncles and other family members.

But in the same ruling, the court gave the Trump administration a partial win. It is allowing the administration to block many refugees from entering the country, overruling Judge Watson’s move to let them in. The Supreme Court sent the issue down to a federal appeals court in San Francisco to determine the details, such as whether an assurance from a resettlement agency constitutes a bona fide relationship. (Three justices—Neil Gorsuch, Samuel Alito, and Clarence Thomas—said they would have blocked Watson’s order entirely.)

This means the 24,000 refugees the government says has been given such assurances will not be able to get into the country without some other connection—at least until the appeals court makes a determination. Meanwhile, another 175,000 refugees are currently waiting to be connected with a resettlement agency. In a brief to the Supreme Court, the state of Hawaii, which is suing the federal government over the travel ban, noted that “many of those refugees…will be unable to demonstrate any other form of bona fide relationship with an American party, meaning that they will be absolutely barred from entering the country in the next several months.”

Trump’s travel bans have been repeatedly blocked by the courts, until the Supreme Court ruled last month that the president’s revised executive order could go partially into effect. The biggest showdown over the ban will come in October, when the high court is set to hear the case.