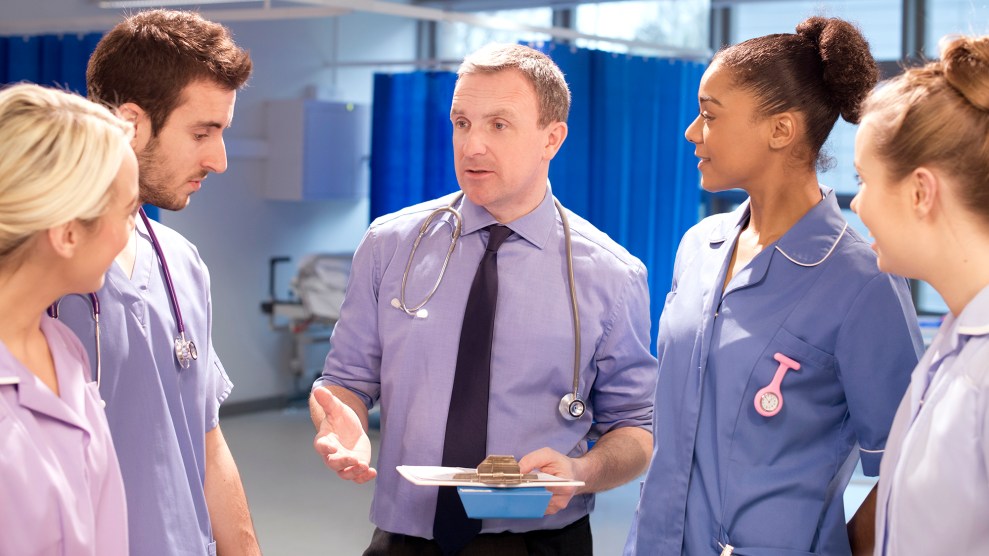 A Republican lawmaker in Wisconsin is pushing legislation to prohibit medical residents at the University of Wisconsin-Madison from learning how to provide abortions. If he is successful, the OB-GYN shortage in the state could worsen, and the state’s medical school could lose national accreditation for its OB-GYN program.

The bill forbids UW-Madison employees from performing abortions, training others in the procedure, or receiving training in abortion procedures anywhere other than in a hospital. The proposed legislation is specifically targeting an arrangement between UW Madison and Planned Parenthood of Wisconsin. Since federal law prohibits abortions from being performed in hospitals of public universities—the Hyde Amendment dictates federal funding cannot be used to facilitate abortions—UW Madison residents actually receive their training through an agreement with the local Planned Parenthood affiliate, where University of Wisconsin Hospitals and Clinics Authority physicians are paid by Planned Parenthood to perform the procedure. Residents are not required to complete the Planned Parenthood rotation, and 20 percent of residents opt out of the training, according to Laurel Rice, chair of the UW medical school’s Department of Obstetrics and Gynecology.

The bill, though, argues that teaching medical students attending a public university how to perform abortions—no matter where that happens and where its funding comes from—qualifies as the use of taxpayer dollars for abortions.

Alan Kaplan, UW Health CEO, and Robert Golden, dean of the UW School of Medicine and Public Health, wrote a letter to state lawmakers urging them to not pass the legislation. They argue that loss of the program’s accreditation would mean medical students would attend schools and find residencies in other states, ultimately driving future OB-GYNs out of Wisconsin.

The school would lose “any prospects of recruiting new resident physicians in this important field,” they wrote. “This will seriously damage the reputation of UW Health, UW School of Medicine and Public Health, and UW-Madison.”

If the legislation passed, they added, it would have ramifications beyond abortion training. The program would also not be able to train residents in caring “for common and potentially life-threatening health issues for women,” handling complications from abortions, and learning how  “to perform medically necessary abortions.”

Approximately half of all counties in the United States do not have an OB-GYN, according to the American Congress of Obstetricians and Gynecologists, and if the population continues to grow, there could be a shortage of at least 6,000 OB-GYNs by 2020. By 2050, that number is expected to grow to 22,000. In Wisconsin’s 72 counties, 20 have no OB-GYNs, according to the American Medical Society.

When attempting to garner support among legislators to be co-sponsors for this new measure, Jacque wrote a memo saying that this bill would end the “appalling arrangement” between the university and Planned Parenthood. He dismissed the concerns voiced by the medical school administrators as exaggerations.

“I’m trying to get UW out of the abortion business,” he told the Associated Press. “I’m on pretty firm ground here.”

In a statement sent to Mother Jones, Nicole Safar, executive director of Planned Parenthood Advocates for Wisconsin, noted: “Wisconsin already faces a serious shortage of OB/GYN providers, especially in rural areas. This bill would only exacerbate this shortage, meaning even less women in Wisconsin would have access to the critical health care they need, including prenatal and maternity care.”

The bill was debated in the Assembly Committee on Science and Technology on Tuesday.