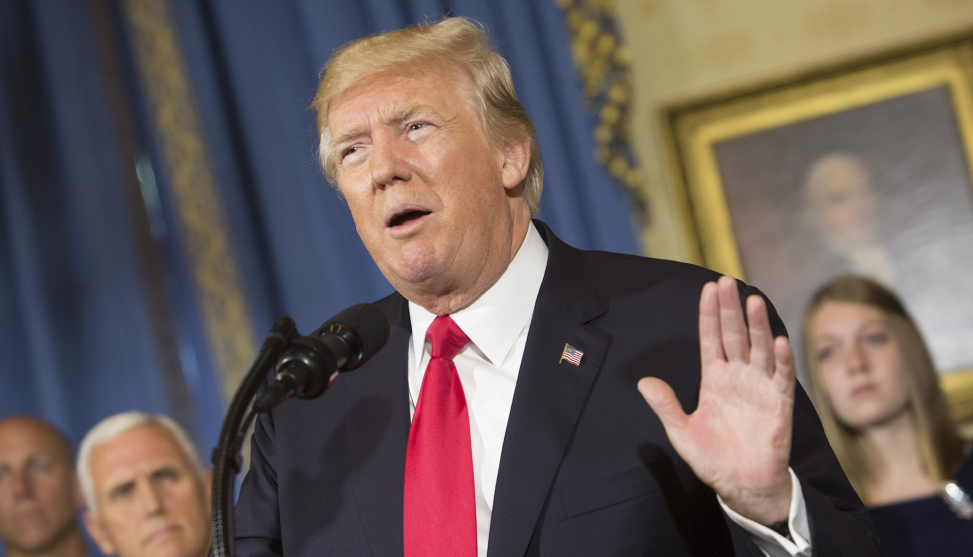 President Donald Trump lauded Sen. John McCain (R-Ariz.) as a “hero” for returning to Washington on Tuesday to vote on the Senate Republican health care bill to repeal Obamacare—a remarkable bit of praise coming from the president, who during the campaign infamously claimed McCain, a former Navy pilot who spent more than 5 years in North Vietnamese prison, was not a war hero because he had been captured.

“He’s not a war hero,” Trump said in July 2015. “He was a war hero, because he was captured? I like people who weren’t captured.” He later half-apologized for the controversial remarks.

So great that John McCain is coming back to vote. Brave – American hero! Thank you John.

McCain’s vote could be vital for Republicans’ efforts to dismantle Obamacare, with Republican leaders desperately searching for 50 Republican senators to support the motion to begin debate on the bill. The Arizona senator had been absent from Congress after being diagnosed with an aggressive form of brain cancer last week.

Trump’s praise for McCain on Tuesday came amid a series of tweets that were otherwise enraged, as he continued to lash out against the ongoing Russia investigations and Attorney General Jeff Sessions. After questioning his decision to appoint Sessions to the New York Times last week, Trump has repeatedly sought to publicly undermine Sessions. He appeared to ratchet up the attacks Tuesday by knocking Sessions as “very weak.”

Ukrainian efforts to sabotage Trump campaign – "quietly working to boost Clinton." So where is the investigation A.G. @seanhannity

Problem is that the acting head of the FBI & the person in charge of the Hillary investigation, Andrew McCabe, got $700,000 from H for wife!

Jared Kushner did very well yesterday in proving he did not collude with the Russians. Witch Hunt. Next up, 11 year old Barron Trump!

Despite the attacks, Sessions said he intends to maintain his post as long as it’s “appropriate.”