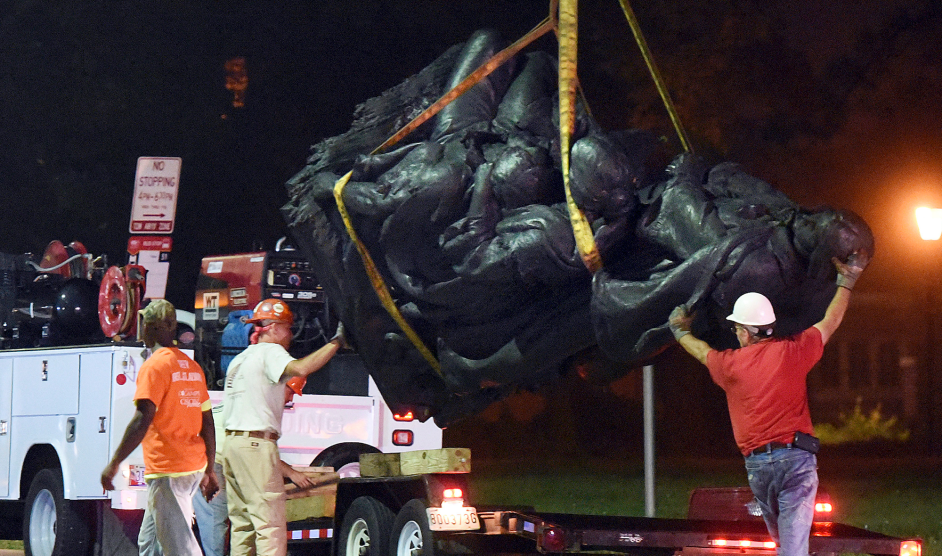 The city council of Baltimore approved a plan Monday to remove Confederate statues from public spaces. By Wednesday morning, all four of the city’s memorials honoring Confederate leaders were taken down.

“It’s done,” Baltimore Mayor Catherine Pugh said early Wednesday. “They needed to come down. My concern is for the safety and security of our people. We moved as quickly as we could.”

Several journalists on the scene documented the monuments’ removals:

They rode in on the Lost Cause. They rode out on a flatbed truck. pic.twitter.com/CfRlluk5s0

The swift action comes in the wake of the white supremacist protests in Charlottesville, Virginia, where organizers of the “Unite the Right” rally were objecting to the removal of a Confederate-era statue honoring Robert E. Lee. One woman was killed when a suspected white supremacist drove a car through a crowd of counter-protesters.

On Tuesday, President Donald Trump again drew fierce condemnation over his now-repeated claim that multiple sides were behind the Charlottesville protests, not just neo-Nazis and white nationalists. He also attacked what he described as the “alt-left” for the violence.

Trump on Tuesday also appeared to criticize the renewed movement to remove Confederate statues, asking at what point would proponents be satisfied in their efforts. “Was George Washington a slave owner?” he asked in a chaotic press conference Tuesday. “Are we going to take down statues to George Washington? What about Thomas Jefferson?”

As the president equivocated over hate groups and where to place the blame for Charlottesville, cities across the country have ramped up the process to remove Confederate monuments and flags from its public spaces.