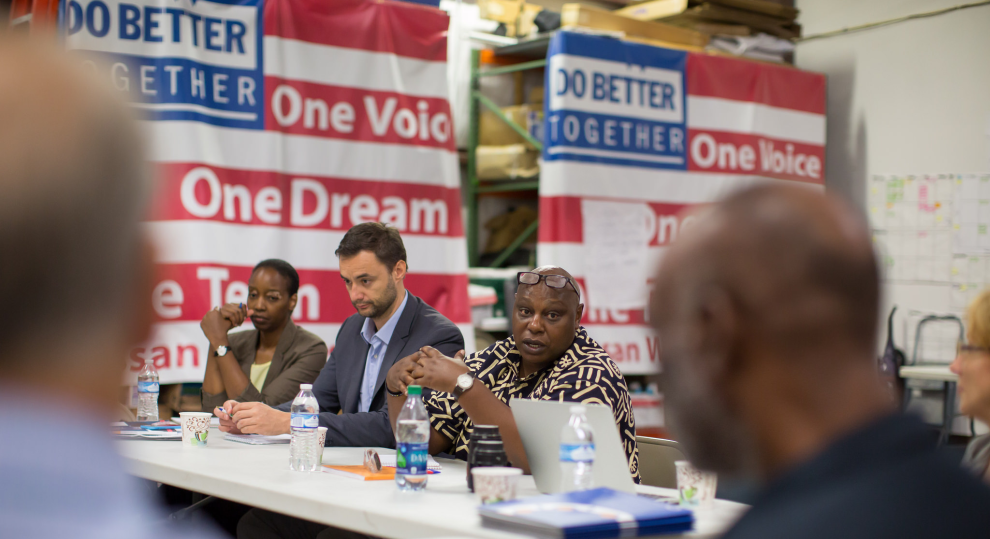 A meeting with autoworkers at the Nissan plant in Canton, Mississippi. Maina Kiai/Flickr

Of Nissan’s 45 auto plants around the globe, the only ones lacking union representation are in the American South. After years of union organizing, workers at the Nissan plant in Canton, Mississippi, decided to keep it that way.

In balloting Thursday and Friday, over 60 percent of Nissan workers in Canton voted against joining the United Automobile Workers, a union representing about 415,000 employees in a wide range of industries. A win would have been the most important union victory in Mississippi in more than a generation. Instead, the UAW found itself unable to overcome its past defeats in the South—including a 2001 effort at Nissan’s Smyrna, Tennessee, plant that also failed by a wide margin. About 3,500 of Canton’s 6,400 workers were eligible to vote in the union election. (Contract workers were not eligible.)

Pro-union workers said that collective bargaining would enable them to negotiate without fear of reprisal, and would help to reduce the pay gaps between long-term employees and temporary workers hired after the recession. Speaking at the White House in 2015, Canton worker Robert Hathorn explained that his wages would be capped at $18.35 per hour because he was classified as a “permanent temporary worker.” Long-term employees opposed to unionization argued they made much more—about $26 an hour—than they were making before Nissan opened up shop in Mississippi.

This week’s election was about more than just economics. Workers at the Canton plant, about 80 percent of whom are black, argued that Nissan favored white workers when assigning tasks or awarding promotions. In March, Sen. Bernie Sanders (D-Vt.) joined African-American leaders including then-NAACP president Cornell William Brooks for an event billed as the “March on Mississippi.” At the event, and throughout the organizing campaign, union supporters argued that fighting for workers’ rights in Canton was an extension of the civil rights movement. “I’ve never seen a labor campaign of this size,” civil rights veteran Frank Figgers told The Guardian. “This is a historic struggle about overcoming the effects of slavery in Mississippi.”

In its campaign against unionization, Nissan focused on the local economy—highlighting the 1,500 jobs it’s added since 2013. The company also told employees that workers represented by the UAW had “experienced significant instability in recent years, and suffered from many layoffs and plant closings.” Last Friday, the National Labor Relations Board, which oversees union elections, charged Nissan and its temp agency for, among other things, illegally threatening to close the Canton plant if workers unionized. Shortly before the polls closed on Friday, the UAW filed seven new charges claiming that Nissan broke labor laws during the campaign. (A Nissan spokeswoman called them “unsubstantiated allegations” in a statement.)

Sharon Block, a former member of the National Labor Relations Board, wrote that in fighting unionization, Nissan was treating American workers as second-class citizens. Warnings about plant closures were also hard to square with the company’s successes abroad. In 2015, profits from Nissan’s British operation, which is unionized, rose 21 percent.

The vote in Canton follows the UAW’s 2014 defeat at a Chattanooga Volkswagen plant, the last major UAW election in the South. (The union was able to organize about 165 workers at the plant the following year.) Although the union has grown by 17 percent since 2009, it still remains far short of the 1.5 million members it boasted at its peak in 1979.