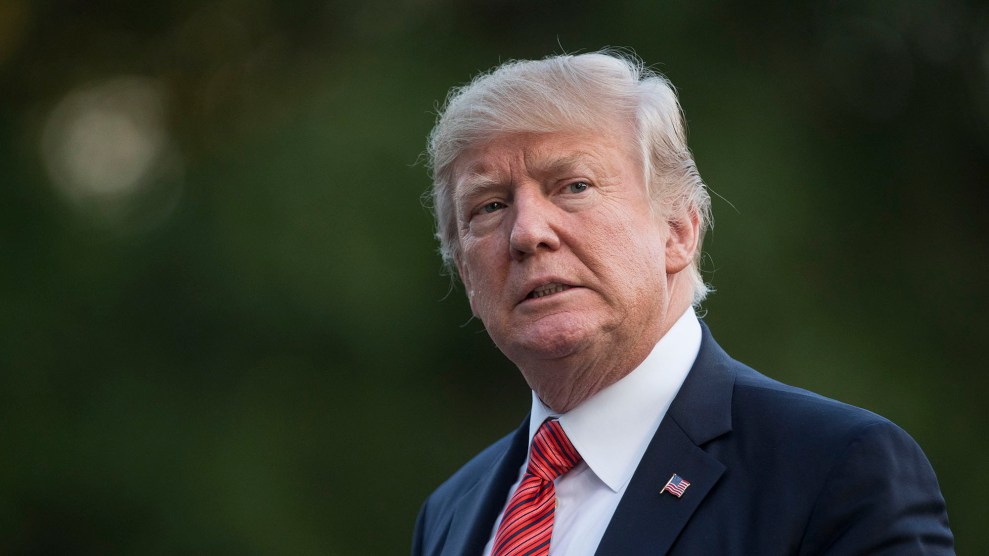 President Donald Trump signed a directive today that prevents the military from accepting transgender recruits, making official a policy that he first proposed in a series of tweets last month.

The directive also gives Defense Secretary Jim Mattis the authority to determine whether active-duty service members can continue to serve, and prevents the Pentagon from paying for their sex reassignment surgeries if they have not yet started to transition.

The order reverses an Obama-era policy that had allowed transgender service members to serve openly for the first time in history, and that had created a road map for the military to begin accepting new transgender recruits. In the directive, Trump wrote that the Obama administration had failed to prove that openly transgender service members “would not hinder military effectiveness and lethality, disrupt unit cohesion, or tax military resources.” Trump gave Mattis six months to come up with a plan to implement the policy reversal, which also applies to the Coast Guard.

Thousands of transgender troops are currently serving in the military. RAND Corp. estimates that between 1,320 and 6,600 are serving, while advocacy groups suggest there are about 15,000 transgender service members.

Transgender rights groups are already fighting the policy reversal in court. Earlier this month, the National Center for Lesbian Rights and GLBTQ Legal Advocates & Defenders filed a lawsuit in hopes of preventing the ban from going into effect. Now, the groups are preparing to file a new motion to block implementation of the ban. “This policy is a shameful slap in the face to people who put their lives on the line everyday to defend our country,” said Jennifer Levi of GLBTQ Legal Advocates and Defenders in a statement. “We are moving quickly with our plaintiffs to see that a court puts a stop to this latest demonstration of President Trump playing politics with people’s lives.” Other groups, including Lambda Legal and OutServe-SLDN, have also pledged to sue as soon as Monday.