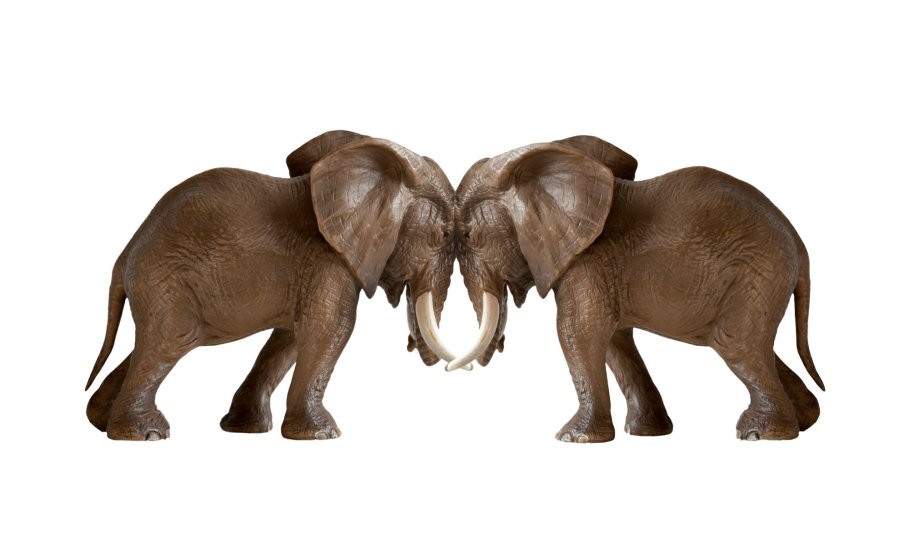 Alabama Republicans head to the polls on Tuesday to decide who will replace Attorney General Jeff Sessions in the US Senate, and the ballot presents a grim set of far-right conservatives as options: a former judge kicked off the bench for defying the Supreme Court’s same-sex marriage decision, a candidate who doesn’t think transgender kids should be able to use the bathroom that best aligns with their gender identity, or a member of Congress who thinks Democrats are waging a “war on whites.”

Unless one of the candidates earns 50 percent of the vote, the primary will likely be rerun next month, thanks to runoff rules. But it is already clear that Republicans in Alabama want to send one of the most conservative senators in the country to Washington—someone who would be even further to the right than Sessions.

The politician currently in that seat would seem to have the upper hand. Sen. Luther Strange is a former state attorney general who was temporarily appointed to the position in February. Strange has Trump’s endorsement in a state where 62 percent of voters cast their ballot for the president in November, and Strange has six times as much campaign cash as the next closest candidate thanks to the backing of the Republican Party, including Senate Majority Leader Mitch McConnell.

But polls ahead of Tuesday have given the edge to Roy Moore, a former judge. Moore posted an 8 percent lead in a poll released last week. Moore has been a national figure among movement conservatives for over a decade, thanks to multiple tumultuous terms sitting on the Alabama Supreme Court, during which Moore branded himself a religious crusader in the culture wars who’s unafraid to buck the rule of law to defend religious freedom.

In 2003, Moore was dismissed from the bench after he refused to remove a 5,280-pound Ten Commandments monument that he had installed at night without permission, despite a court order from another judge who ruled that the religious statue was unconstitutional. Alabama voters reelected Moore to the high court again in 2012, but Moore ignored the rules once more. After the US Supreme Court determined bans on same-sex marriage were unconstitutional in 2015, Moore directed probate judges to not issue marriage licenses, a move that got him suspended for the rest of his term. Moore resigned in April to run for Session’s Senate seat.

Moore’s disregard for court rulings has made him a favorite of evangelicals, who tend to be committed voters, making a low turnout primary good news for the candidate. Moore wears the disciplinary action against him as a badge of honor, arguing this makes him more trustworthy than the other candidates. “I’ve stood for traditional marriage and the acknowledgement of God, and with that, I have been reported to ethics commissions,” Moore said on the campaign trail. “It’s not what you say, it’s what you do.”

Brooks has said the American Muslim community “would kill every homosexual in the United States of America” if it had its way.

While Moore looks poised to get the most votes in the primary, it’s unlikely he’ll get the votes he needs to dodge a runoff. That theoretically gives Strange a chance to face Moore without any additional challengers, and to try to sell himself as the safe choice for Republicans—a message his supporters are already already touting. “National Democrats are itching for a fight that will embarrass President Trump,” Steven Law, who runs a major super-PAC backing Strange that has close ties to McConnell, told the New York Times.

But there’s some question as to whether Strange will even come in second and make it to the runoff. Some recent polls show him neck and neck with a third candidate, Rep. Mo Brooks. Brooks is one of the few politicians who can compete with Moore on far-right rhetoric. The Alabama congressman, a member of the staunchly conservative House Freedom Caucus, has said criticism of Jeff Sessions is motivated by the Democrats’ “war on whites.” Brooks has said the American Muslim community “would kill every homosexual in the United States of America” if it had its way (a recent Pew study found support for homosexuality in American Muslim communities is growing rapidly), and he accused undocumented immigrants of taking jobs and resources, saying, “I will do anything short of shooting them.” But unlike Moore and Strange, Brooks refused to back Trump in last year’s presidential primary, which the other two candidates in the race have used as leverage to attack Moore as not being conservative enough.

Ultimately, despite the tense race, many political observers expect little difference between the candidates when it comes to how they’d vote in the US Senate. “You would need dental floss to be able to separate the differences between them,” Marty Connors, a former chairman of the state’s Republican Party told The Economist.