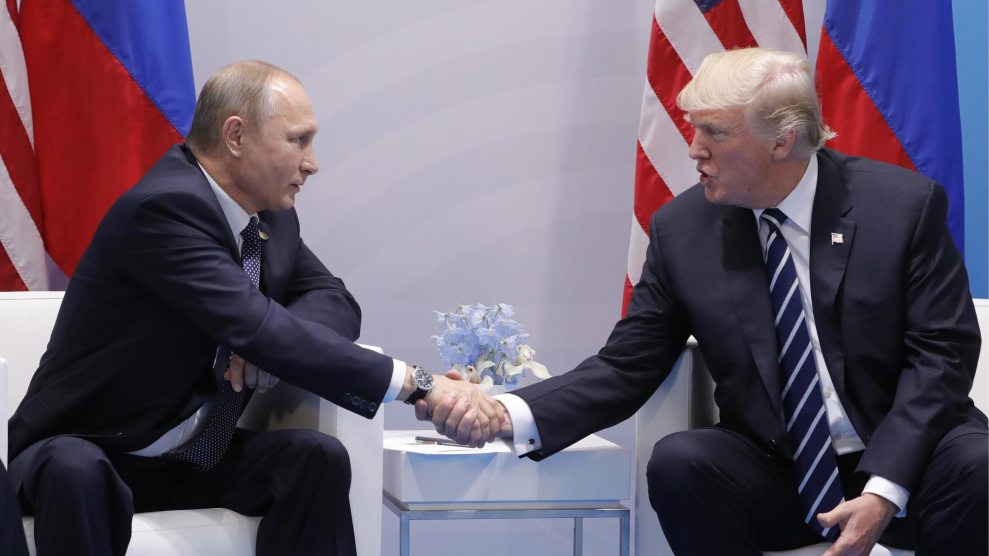 On Wednesday, President Donald Trump reluctantly signed into a law a new set of sanctions against Russia, issuing a statement criticizing the “seriously flawed” measure, which also curtails his power to ease Russian sanctions. “In its haste, the Congress included a number of clearly unconstitutional provisions,” Trump said. “Yet despite its problems, I am signing this bill for the sake of national unity.”

Trump’s statement distancing himself from the bill is similar in tone to the Kremlin response; both blame Congress and political divisions in the United States for the new sanctions.

In a statement last week, Russia’s Ministry of Foreign Affairs said Congress’ nearly unanimous approval of the sanctions bill indicates that “in certain circles” of US politics “Russophobia and the course of open confrontation with our country have become entrenched.” The ministry added, “[T]he new law on sanctions clearly showed that relations with Russia have become hostage to the internal political struggle within the United States itself.”

Seva Gunitsky, a political-science professor at the University of Toronto and Russia commentator, notes that “by saying things like ‘certain circles’ in Congress are pushing for these sanctions, they are still trying to appeal to Trump. They are saying, ‘Look, these sanctions are not really Trump’s fault; they are the Congress’ fault or the deep state’s fault.’ They don’t say it in those words, but that’s sort of implicit.”

Writing on his Facebook page on Wednesday, Russian lawmaker Konstantin Kosachev also eased Trump’s responsibility for the bill he just signed: “The news is mainly that Trump has given up,” he wrote, noting that Trump’s other option was to go against Congress.

Meanwhile, state-controlled Russian media led with the news that Trump had criticized the sanctions bill. “Trump: Newly-Signed Russian Sanctions Bill ‘Significantly Flawed,'” read a headline from Russia Today.  A headline on the state-owned online news website Vesti declared, “Trump Isn’t Sure That the Sanctions Bill He Signed Is Constitutional.”