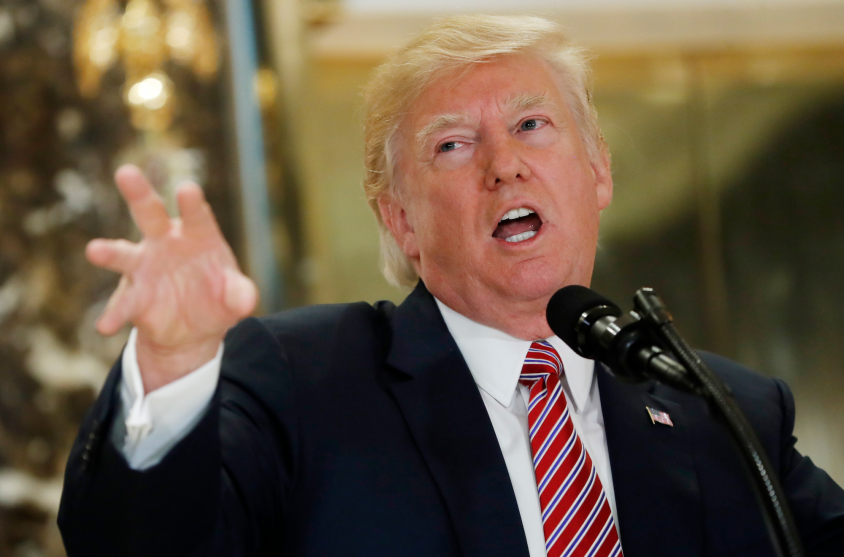 During an intense back-and-forth with reporters on Tuesday afternoon, President Donald Trump came close to defending the demonstrators who gathered with white nationalists and neo-Nazis to protest the removal of a Confederate statue in Charlottesville, Virginia, this weekend. There were “very fine people on both sides,” Trump insisted.

The press conference at Trump Tower was originally scheduled so Trump could discuss his administration’s infrastructure plans. Instead, it became a series of chaotic moments, as the president fiercely defended his initial response to the white supremacist protests in Charlottesville that led to violence and death and once again blamed the “many sides” of the conflict. He claimed members of the “alt-left” were also responsible for the violence.

“I didn’t wait long,” Trump said of his response. “I wanted to make sure unlike most politicians that what I said was correct and not make a quick statement. It was a fine statement.”

“I didn’t know David Duke was there,” Trump continued. “I wanted to see the facts.”

“What about the alt-left that came charging at the, as you say, alt-right?” Trump also remarked. “Do they have any semblance of guilt?”

The president appeared to criticize the movement to remove Confederate statues—wondering aloud how far proponents of the removals would go. “Was George Washington a slave owner?” he asked. “Are we going to take down statues to George Washington? What about Thomas Jefferson?”

While walking away from the reporters at the end of the press conference, Trump boasted he owned one of the biggest wineries in the country and noted it is in Charlottesville. The winery’s website, though, says that it is not owned by Trump or affiliated with him. The company points out that it is owned by Eric Trump Wine Manufacturing.