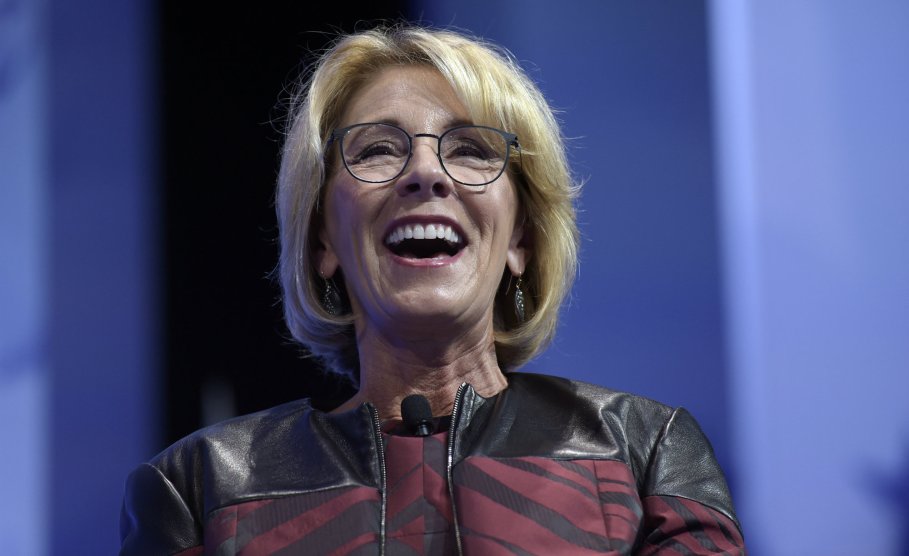 The Department of Education announced on Thursday that it will weaken a set of requirements for how colleges and universities are expected to handle cases of sexual assault on college campuses. In a speech at George Mason University in Virginia, Secretary of Education Betsy DeVos criticized a set of rules that the department had issued in 2011 that, under Title IX, forced colleges to conduct their own investigations and stated police reports cannot be used to determine whether a violation occurred, because a criminal case requires stronger evidence.

The Department of Education will take comments from the public before issuing new guidelines, though DeVos’ remarks suggest that the new standard will likely to be a significant departure from the Obama-era rules. DeVos called the current process for handling sexual misconduct “shameful,” a “failed system,” and “wholly unAmerican.”

“The truth is that the system established by the prior administration has failed too many students,” DeVos said. “Survivors, victims of a lack of due process, and campus administrators have all told me that the current approach does a disservice to everyone involved.” Critics of the Obama-era rule have argued that it does not offer adequate due process for the students accused of sexual misconduct. Under the directive, institutions of higher education use the “preponderance of evidence” standard, which requires a 51 percent certainty in determining guilt. Sexual violence is often difficult to prove to a higher certainty, and false accusations are extremely rare. But in July, DeVos’ deputy in charge of civil rights suggested that 90 percent of sexual assault allegations at colleges are false.

You can watch DeVos’ full remarks below.