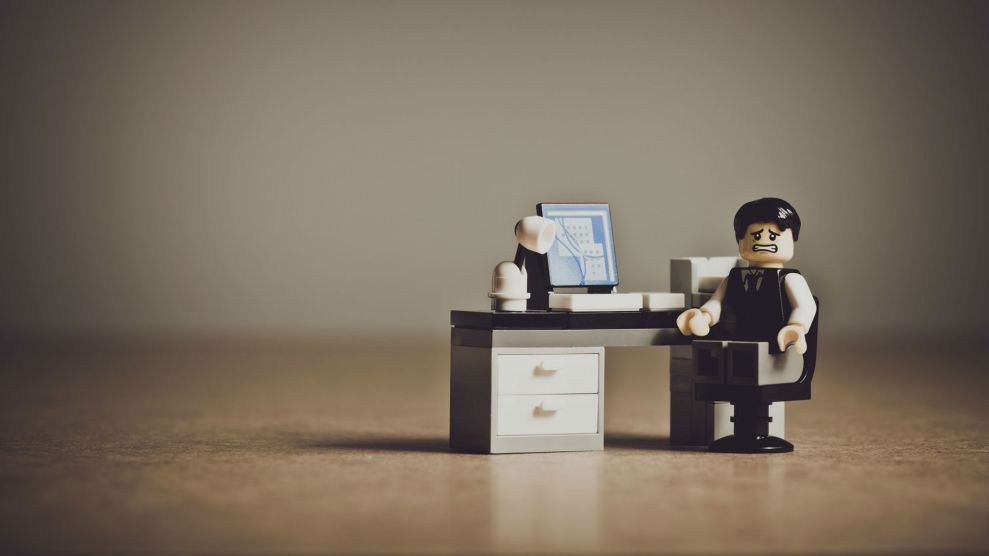 The two main bankruptcy options available to people overrun by consumer debt are Chapter 7 or Chapter 13. The options differ greatly in how they work and the relief they provide. Below are the basic attributes of each chapter, as well as statistics drawn from ProPublica’s analysis of bankruptcy filings from 2008-2015 to show what types of debtors are choosing each chapter and how successful they are at having their debts wiped away or discharged. This guide is part of ProPublica‘s series on bankruptcy, which takes a close, critical look at the system and its shortcomings.

Chapter 7 is a form of liquidation, meaning the debtor’s assets are divvied up among creditors. However, 95 percent of cases involve debtors who do not have assets above the legal threshold, which is set by state law, and therefore don’t have to give up anything. The median Chapter 7 case lasts three and a half months from filing to discharge. About 96 percent of debtors who file under Chapter 7 receive a discharge of their debts.

When a debt is discharged, it is no longer legally owed. Unsecured debts (e.g. credit cards, medical bills, etc.) are typically dischargeable with some important exceptions like student loans. Secured debts (e.g. a mortgage, a car loan) are dealt with differently in a Chapter 7: Typically a debtor can either relinquish the secured asset or keep it by continuing payments.

Chapter 13 is a form of repayment plan. The debtor’s obligations are combined in one, regular payment (although certain ongoing obligations like utility bills might be paid outside the plan) calibrated to the debtor’s income. A Chapter 13 plan often involves paying a portion of unsecured debts.

Why would someone choose one or the other?

Speaking generally, the primary benefit offered by Chapter 7 is near-guaranteed debt relief. Chapter 13 primarily offers benefits related to secured debt. For example, Chapter 13 stops foreclosure proceedings so debtors who have fallen behind on their mortgages can catch up over time without the danger of losing their homes.

Bankruptcy is a negative credit event, but the effect isn’t the same for everyone.

Also, if someone has filed for bankruptcy in recent years and successfully discharged their debts, they might be forced to choose Chapter 13, since Chapter 7 has stricter rules about refiling. After receiving a Chapter 7 discharge, for example, debtors are barred for eight years from receiving another one, but they would only have to wait four years to file under Chapter 13. There is no such time limit if the debtor’s earlier case was dismissed.

What is the effect of filing on someone’s credit score?

Bankruptcy is a negative credit event, but the effect isn’t the same for everyone.

Initially, Chapter 7 and Chapter 13 have the same effect on a credit score, which diminishes over time. The main difference is that the flag for a Chapter 13 bankruptcy is removed from the debtor’s credit history seven years after filing, while a Chapter 7 bankruptcy stays on there for 10 years.

Because people who file for bankruptcy usually have fallen behind on a number of debts, the typical bankruptcy filer has a credit score in the range of 525 to 575, which is lower than about 80 percent of the population with a score. It is a score that is so low that when someone files for bankruptcy, their credit score tends to actually jump up in the following year. This is because the negative mark of a bankruptcy is outweighed by the positive effect of the debt relief.

How much does an attorney cost?

A comprehensive study of attorney fees put the average price of a Chapter 7 in 2009 at around $1,000 and a Chapter 13 at around $2,600. Those averages would probably be at least 25 percent higher if measured today, though, and fees vary from court district to court district. For example, in Memphis the typical Chapter 13 attorney fee is now $3,800.

Chapter 7 attorney fees are generally due in full before filing, although there are places (again, it depends on where you live) where attorneys will offer an installment plan. In a Chapter 13, part of the fee is typically paid up front, with the remainder paid through the plan. In certain areas of the country, particularly in the South, attorneys will start a Chapter 13 case for very little—frequently $0—paid up front. This can be a problem when debtors choose Chapter 13 simply because they can’t afford Chapter 7. Low-income debtors (with household annual income below about $35,000) are at particular risk of failing to complete Chapter 13 plans and having their cases dismissed.

Debtors who are represented by attorneys tend to fare far better than those who aren’t.

What happens if someone’s case is dismissed without a discharge?

Almost all Chapter 7 cases end in a discharge, so this is mostly a concern for Chapter 13 filers.

When Chapter 13 cases are dismissed, the protection of bankruptcy is removed. Because the payments that debtors made during the plan were typically less than what they contractually owed, they will likely find themselves further behind on their debts.

How does having an attorney affect someone’s chances?

Debtors who are represented by attorneys tend to fare far better than those who aren’t.

Only about 8 percent of debtors who filed under Chapter 7 from 2008-2015 did so without an attorney’s help. About 72 percent of those cases ended in the debt being discharged. By comparison, debtors who were represented by attorneys received discharges 98 percent of the time.

How many people choose each chapter? What is the typical financial profile of filers?

This big regional difference reflects a difference in what sort of debtors use Chapter 13. Outside the South, Chapter 13 is overwhelmingly used by middle-income homeowners, while in the South, a lot more low-income debtors (with income similar to Chapter 7 debtors) file under Chapter 13, and many don’t even own a home.In the South, Chapter 13 is far more popular, partly due to lower up-front attorney fees. In nine states (Alabama, Arkansas, Georgia, Louisiana, Mississippi, North Carolina, South Carolina, Tennessee, and Texas), at least half of consumer filings are under Chapter 13. Click here to see a map that shows what percentage of filings are under Chapter 13 in each county nationwide.

What happens to people in financial trouble who don’t file for bankruptcy?

There are plenty of reasons, some good, some bad, not to file for bankruptcy. But ProPublica would like your help answering this question. Have you considered filing for bankruptcy any time in the past 10 years? Do you know someone else who did—or is right now? Fill out this survey and tell ProPublica about your experience. ProPublica would like to hear from as many people as possible in the coming months to inform their reporting on how the system is working—or not. Please share.