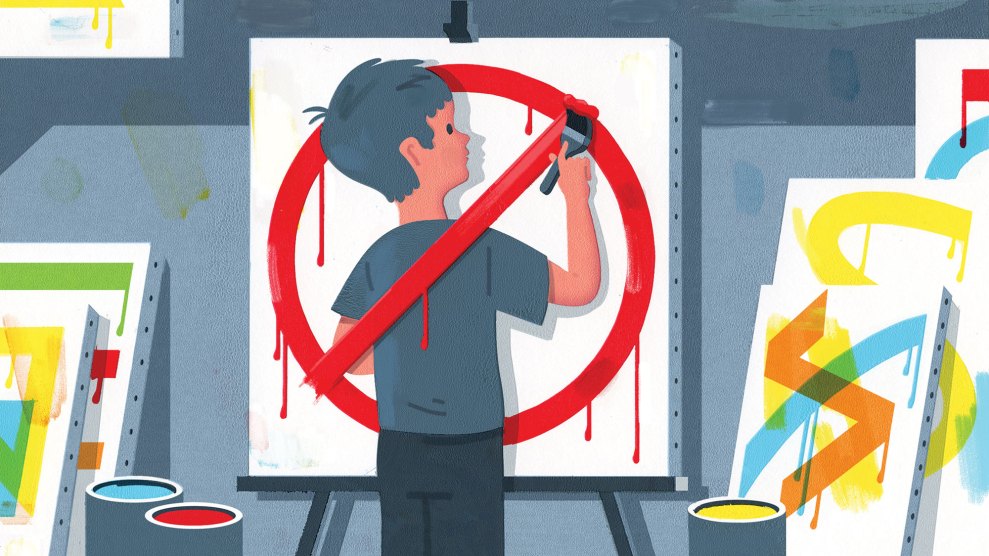 Every spring, Sally Ritzdorf, a second- and third-grade teacher at Howells Community Catholic School in Howells, Nebraska, loads 25 students onto a school bus bound for Omaha. It’s a 90-minute ride, so the kids pass many miles ignoring the John Deere tractors pulling planters across freshly tilled fields in favor of watching videos on their phones or playing on their handheld game systems. But when they reach the edge of the city, the devices get put away, and the students grow wide-eyed. “If you could hear them when they’re just riding on the bus,” Ritzdorf says with a laugh. “Oohing and ahhing at the traffic and the large buildings.” For some of these kids from a town of barely 550 people, this is the first time they have ever been to a city—or been able to experience some of what a city has to offer.

“The look on the students’ faces is priceless when they see the orchestra begin to play for the first time and see just how the real instruments work together to make the music we have been listening to for months.”

The kids at Howells Community Catholic go through a three-year rotation of field trips to Omaha, visiting the Joslyn Art Museum, the Rose Theater, and the Omaha Symphony Orchestra. This year, the students prepared for months to hear the orchestra, listening to recordings, learning about different composers, and traveling to Howells-Dodge Consolidated High School to see some of the instruments. Even the high school is too small to have a full orchestra, so as the students file into the performance in Omaha, they are often seeing the entire complement of instruments for the first time. Ritzdorf loves the sound of their excited whispers. “There’s the bass! There’s the timpani!” But the real payoff, she says, is when the musicians lift their instruments and await the conductor’s cue. “The look on the students’ faces is priceless when they see the orchestra begin to play for the first time and see just how the real instruments work together to make the music we have been listening to for months.”

But now, those annual field trips are at risk. Howells Community Catholic is just one of dozens of schools across Nebraska that receive complete funding for their arts field trips through the Nebraska Arts Council’s School Bus for the Arts program. And the council, in turn, receives about a third of its funding from the National Endowment for the Arts. With the announcement in March that President Donald Trump’s proposed budget would eliminate the NEA and its sister organization, the National Endowment for the Humanities, many arts and humanities educators are wondering whether the money that provides arts exposure for their students is about to disappear completely. “It’s pretty scary,” Ritzdorf tells me. If the School Bus for the Arts were to go away, her kids might never see a professional play, hear a live symphony, or visit an art museum. “It’s our sole source,” she says.

Trump, for his part, wrote that his cuts are part of an effort “to move the nation toward fiscal responsibility.”

If the White House and Republicans in Congress do move forward with shuttering the two federal cultural agencies, it would be bitterly ironic—because those institutions were once radically reshaped to support the very kinds of programs that now face defunding. The NEA and NEH were founded in 1965 as part of President Lyndon B. Johnson’s Great Society agenda. For that reason alone, they drew the ire of conservatives, but the resistance to art funding first coalesced in the early days of Ronald Reagan’s presidency. Republicans advocated the elimination of both agencies, but a special task force that included Reagan’s old Hollywood buddy Charlton Heston convinced the president not to ax their funding. Nevertheless, Reagan appointed chairs like Lynne Cheney, who was intent on ferreting out “anti-Western” scholarship and imposing new “standards-based” requirements to insert into school curricula.

At the outset of George H.W. Bush’s presidency, the American Family Asso­ciation helped revive opposition to the NEA by highlighting its indirect funding of controversial works by Robert Mapplethorpe and Andres Serrano, arguing that they were anti-Christian and sexually deviant. Today, the debate is less pointed. Novelist Marie Myung-Ok Lee suggests that Trump has not targeted arts and humanities funding for any religious or philosophical reason. “The NEA and NEH are in Trump’s sights because they promote the expression of the messy, complex American spirit,” she wrote for Quartz. “Art is not tractable, containable, or even easily defined. That makes it the very opposite of what autocrats want: propaganda.” Trump, for his part, wrote that his cuts are part of an effort “to move the nation toward fiscal responsibility.” However, of the less than $300 million allocated to the NEA and NEH, about 40 percent goes directly to state arts and humanities councils, which support arts education in public schools, local oral history projects, art therapy and writing workshops for military veterans, and literacy programs at public libraries. At the national level, the NEA and NEH have funded everything from Ken Burns’ documentary The Civil War and the Library of Congress’ Chronicling America newspaper archive to Sesame Street and a theater “incubator” where an early version of Hamilton was workshopped. (Full disclosure: I received an NEA poetry fellowship in 2003 and have also gotten funds from the NEH through the Walt Whitman Archive.)

Trump’s eagerness to eliminate the NEA and NEH may be driven by nothing more than a hope to make overreaching tax cuts appear to balance out by enacting deep and harmful spending cuts. And the arts and humanities are easy targets. Arts funding disproportionately benefits small, rural states, where the memory of the culture wars looms large. Senators and representatives may believe they can defend the cuts by villainizing the NEA and NEH as bastions of cultural elites. Even George Will, who claimed to have quit the Republican Party because of Trump, couldn’t resist praising the president’s plan to kill the NEA. Writing in the National Review, Will insisted we cannot even define art, much less what its “public purpose” might be. “We subsidize soybean production,” he wrote, “but at least we can say what soybeans are. Are NEA enthusiasts serene about government stipulating, as it must, art’s public purposes that justify public funding?”

Of course, today’s NEA and NEH were reshaped by the old guard of the Republican Party to stipulate exactly that—and to give generous benefits to children in states that traditionally vote Republican. If Trump zeros out funding and eliminates the national endowments for the arts and humanities, it will be yet another way in which the new president has betrayed his base.