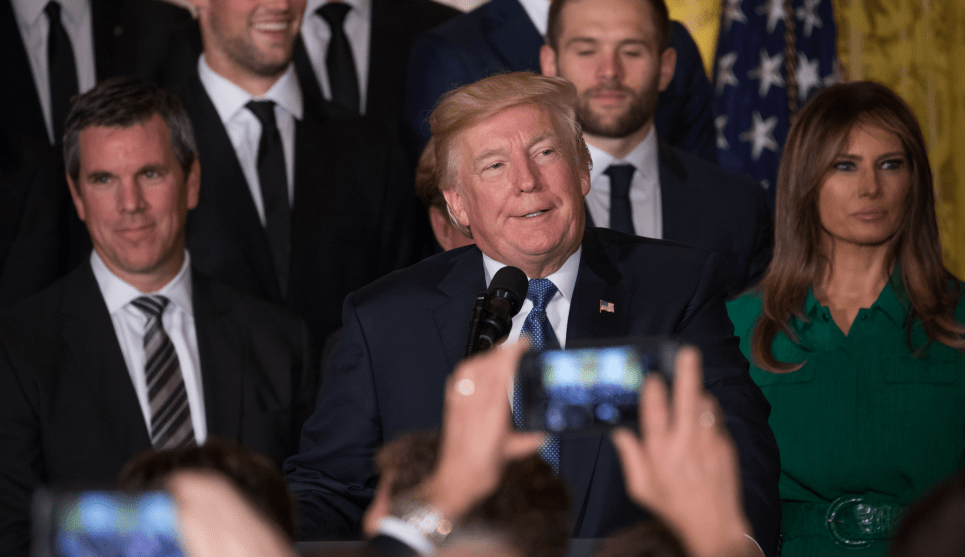 President Donald Trump on Wednesday floated the idea of targeting the licenses of TV networks that report “fake news” about him. His tweet came just hours after NBC reported that the president wanted to dramatically increase the United States’ nuclear arsenal—a suggestion that reportedly alarmed Pentagon officials and Secretary of State Rex Tillerson.

The story, which Trump took to Twitter to refute as “pure fiction” on Wednesday, added context to an earlier NBC report alleging Tillerson called Trump a “moron” in response to Trump’s nuclear proposal.

Fake @NBCNews made up a story that I wanted a "tenfold" increase in our U.S. nuclear arsenal. Pure fiction, made up to demean. NBC = CNN!

With all of the Fake News coming out of NBC and the Networks, at what point is it appropriate to challenge their License? Bad for country!

Trump’s threat to use the federal government to shut down critical media follows his recent suggestion of creating “equal time” for conservatives to level the playing the field against late-night TV hosts who mock him. It’s unclear how Trump’s suggestion would work, as only television stations are subject to FCC licensing, not the networks.

Late Night host are dealing with the Democrats for their very "unfunny" & repetitive material, always anti-Trump! Should we get Equal Time?

Following the initial “moron” report, Tillerson staged an unprecedented news conference last week to express his support for the president. He would neither confirm or deny, however, whether he called Trump a “moron.” In an interview days later, Trump challenged Tillerson to an IQ test.