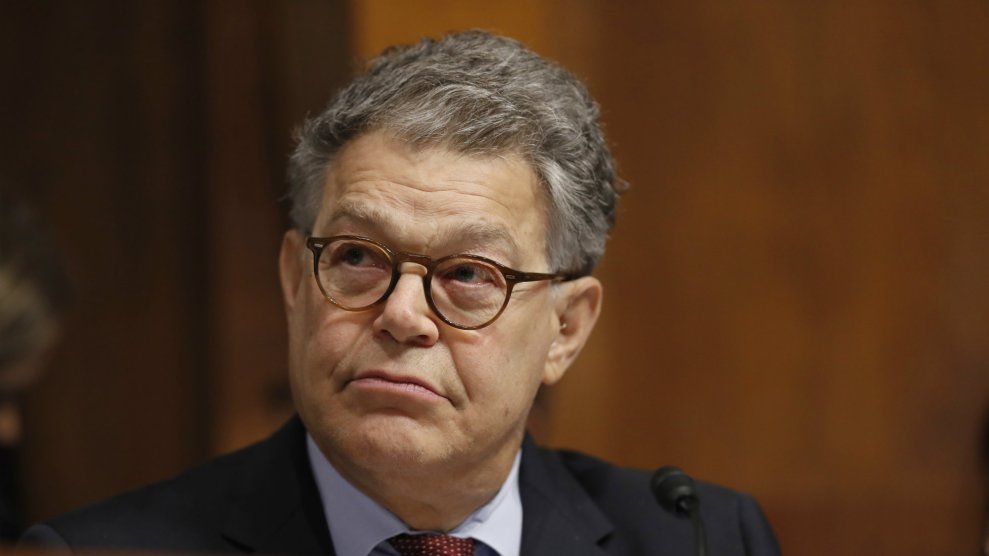 On Thursday, a television host and a sports broadcaster for Los Angeles’ KABC Leann Tweeden accused Sen. Al Franken (D-Minn.) of groping and kissing her without her consent in 2006.

This is the most recent allegation of sexual misconduct embroiling powerful men in media and politics in recent weeks. On Tuesday, Rep. Jackie Speier (D-Calif.) said that she was aware of two members of Congress who have engaged in sexual harassment, noting that one was a Republican and one a Democrat.

On KABC’s website, Tweeden wrote she was a part of a group of performers headed to Afghanistan to entertain US troops stationed there. Sen. Franken, who was a comedian at the time, had written a skit that included a kiss with Tweeden. After badgering her to rehearse the skit before going on stage, Tweeden says that Franken forcibly kissed her. Later, on the flight home, an unknown person took a photo of Franken groping Tweeden while she slept.

Sen. Franken issued an apology after the allegations were published. “I certainly don’t remember the rehearsal for the skit in the same way, but I send my sincerest apologies to Leeann.” he said. “As to the photo, it was clearly intended to be funny but wasn’t. I shouldn’t have done it.”

Majority Leader Sen. Mitch McConnell (R-Ky.) is calling for an Ethics Committee investigation into Sen. Franken. “As with all credible allegations of sexual harassment or assault, I believe the Ethics Committee should review the matter. I hope the Democratic Leader will join me on this,” he said. “Regardless of party, harassment and assault are completely unacceptable—in the workplace or anywhere else.”

Hours later, Sen. Franken issued a longer apology saying he was “disgusted” with himself and would cooperate with an ethics investigation.

JUST IN: Sen. Al Franken delivers lengthier apology following accusation of sexual misconduct: “I am asking that an ethics investigation be undertaken, and I will gladly cooperate." https://t.co/aDkmC6puqy pic.twitter.com/668E3GrXci