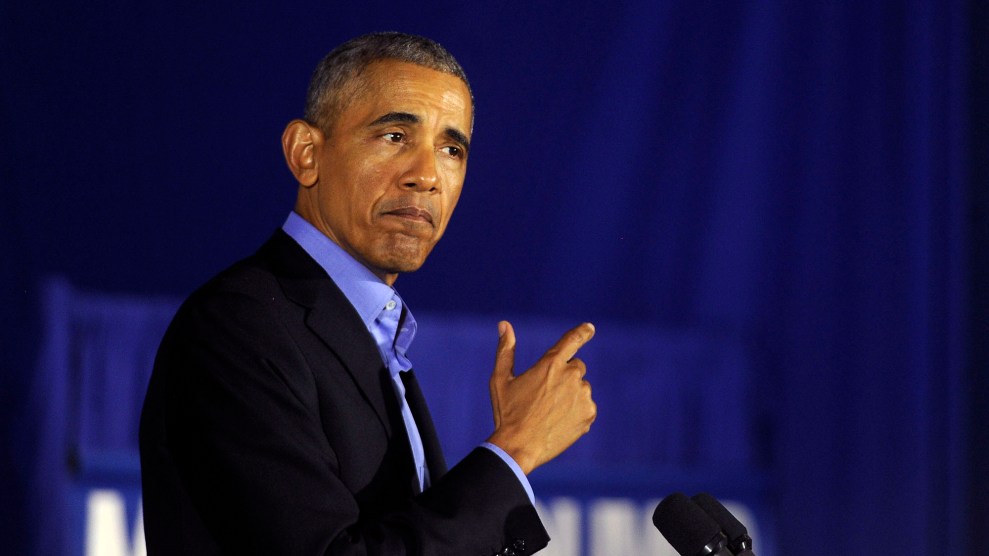 Barack Obama has been pretty quiet in 2017. He’s only recently returned to the campaign trail for a Democratic candidate, and he’s given a few (mostly paid) speeches. But with Obamacare open enrollment starting on Wednesday and President Donald Trump trashing the law, Obama returned to a familiar role: insurance pitchman.

The former president released a short video Wednesday encouraging people to sign up for insurance on the exchanges set up by the Affordable Care Act. In the absence of a major life event such as losing a job or getting married, people who don’t get insurance from their employer or the government only get one shot each year to sign up on these exchanges. “It only takes a few minutes,” Obama says in the video, “and the vast majority of people qualify for financial assistance. In fact, eight in 10 people this year can find plans for $75 a month or less. That’s cheaper than a lot of cell phone plans.”

Today’s the day! You can go to https://t.co/p8DQwo89C7 and sign up for health coverage. Need a pep talk first? @BarackObama has you covered. pic.twitter.com/78DAFgUV77

In order for the markets to work correctly, a wide mix of people need to sign up for insurance. If only sick people do so, premiums will shoot up and become unaffordable. But Trump has been doing everything in his power to sabotage Obamacare and depress the number of people who sign up for coverage during open enrollment. The president cut the enrollment period in half, from 12 weeks to just six, and sharply reduced funding for groups that help people sign up for coverage. (Read more about everything Trump has done on this front.)

On the same day that Obama’s video was released, Trump took to Twitter once again to attack the law and call for its repeal, a sharp break from Obama’s routine use of his White House pulpit to remind people to buy insurance.

Wouldn't it be great to Repeal the very unfair and unpopular Individual Mandate in ObamaCare and use those savings for further Tax Cuts…..