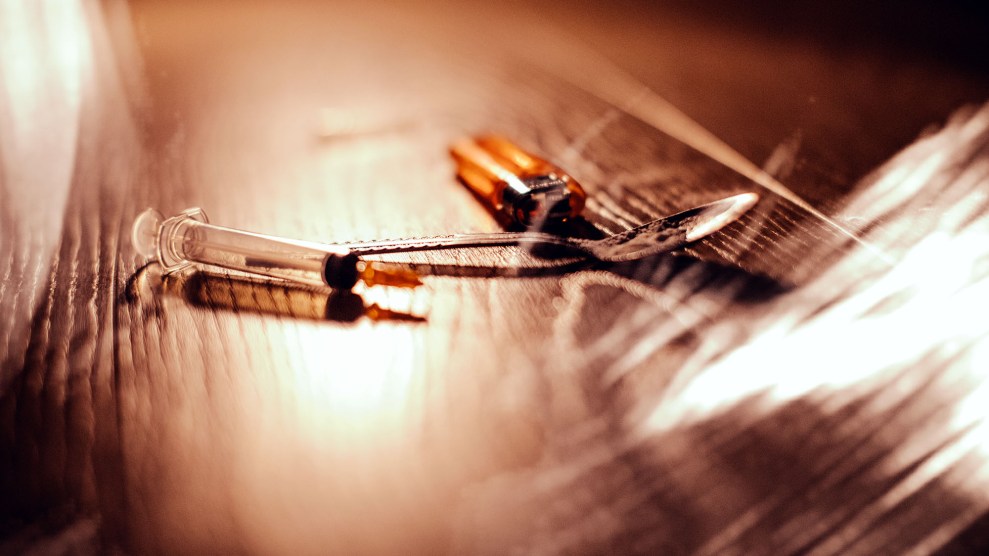 For the first time in more than half a century, American life expectancy has fallen for two years in a row, a trend largely fueled by opioid overdoses. An American born in 2016 can expect to live to 78.6, compared with 78.7 in 2015 and 78.8 in 2014, according to federal data released Thursday.

The majority of overdoses involved opioids—chief among them synthetic opioids like fentanyl, a drug up to 50 times more powerful than heroin that has dozens of analogues with slight molecular variations. The synthetic opioids are primarily produced illicitly in China and mixed with heroin and other drugs.

“Fentanyl is king now,” said Dr. Dan Ciccarone, an epidemiologist at the University of California-San Francisco who studies the epidemic. “Any notion that we’re on top of this, as of late 2016, is wishful thinking at this point.”

The lower life expectancy is driven not just by the fact that more people are overdosing, but by the fact that younger people are overdosing. It appears that more Americans—and, many researchers suspect, young people in particular—are starting with heroin rather than transitioning from painkiller abuse. (For a deep dive on the data that we do and don’t have when it comes to overdose and drug use, check out this article.)

The opioid epidemic has stood out for disproportionately affecting white people, which undoubtedly has contributed to the framing of the crisis by politicians and the media as a disease to be solved with addiction treatment rather than a crime to be solved with imprisonment. But the 2016 data shows a disturbing trend of overdoses soaring among African Americans as well. As a recent Chicago Urban League report pointed out, African Americans in several states, from West Virginia to Wisconsin, are dying of opioid overdoses at higher rates than the general population.

While the opioid epidemic was catalyzed by decades of overzealous pharmaceutical lobbying and liberal painkiller prescribing, a growing body of research also points to socioeconomic factors, including a lack of social capital, economic opportunity, and access to health care. It fits into the larger trend of so-called “deaths of despair” from alcohol, suicide, or drugs. Suicide rates also increased significantly in 2016.

As Ciccarone and his colleagues wrote in a recent commentary in the American Journal of Public Health, opioids are “a refuge from physical and psychological trauma, concentrated disadvantage, isolation, and hopelessness.”

Addressing this crisis will take tens of billions of dollars, but the federal government has yet to allocate substantial resources to the epidemic. The sweeping Republican tax bill approved by Congress this week will likely cut addiction coverage for millions of Americans. In October, President Donald Trump declared the epidemic a public health state of emergency, falling short of allocating additional funding to the crisis.

Note: This article has been updated.