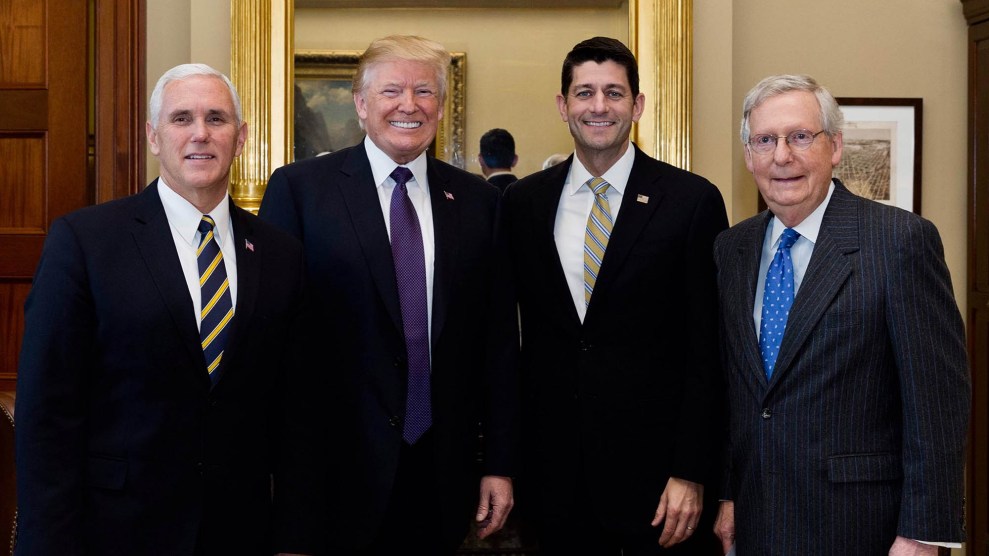 On Wednesday, House and Senate Republicans reached a deal on the tax bill, which they plan to vote on next week. The GOP came to a deal by bolstering the bill’s main goal: tax cuts for the rich. The new agreement would cut the top income tax rate from 39.6 percent to 37 percent. The corporate tax rate would fall from 35 percent to 21 percent, instead of the 20 percent rate passed by the House and Senate.

Taxpayers have to make at least $418,000 per year to be in the top income tax bracket today. The bill passed by the House kept the top tax rate at 39.6 percent, while the Senate bill cut it to 38.5 percent. Republicans decided to give top-earners a bigger tax cut because the tax bills cap the deduction for state and local taxes at $10,000, the Wall Street Journal reports.

Senate Minority Leader Leader Chuck Schumer (D-N.Y.) said Wednesday morning that the concern with limiting state and local tax deductions should be about how it would lead to tax hikes for some middle-class taxpayers. He added that it “makes no sense” to respond to that concern by giving the wealthiest Americans a larger tax cut.

Schumer also called on Senate Majority Leader Mitch McConnell (R-Ky.) to delay votes on the tax bill until incoming Alabama Sen. Doug Jones is seated next year. In a bad sign for Democrats, Sen. Susan Collins (R-Maine) said Jones’ upset victory should not change the timing of the tax vote. Collins voted for the Senate bill, but is still seen as a possible, if unlikely, swing vote. McConnell can only afford to lose one vote on the tax bill if Sen. Bob Corker (R-Tenn.) maintains his opposition to the bill. If Jones is seated, Republicans would have no votes to spare.