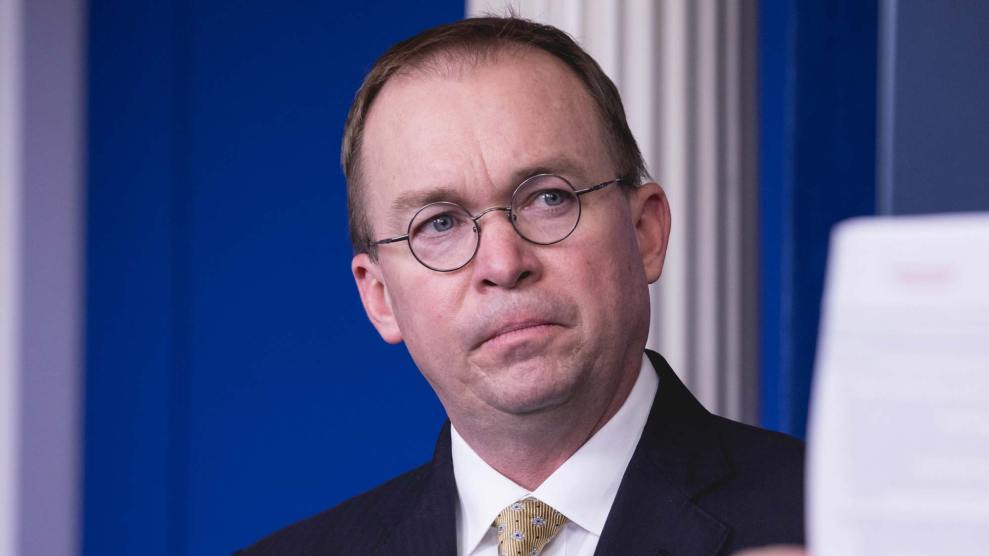 After President Trump appointed Mick Mulvaney to run the Consumer Financial Protection Bureau in November, consumer advocates expressed concern that the former South Carolina congressman had a glaring conflict of interest: while the CFPB is tasked with regulating payday lenders—companies which target low-income borrowers for high-interest loans—Mulvaney has long been an ally of the industry. Between 2011 and 2017, he received nearly $60,000 in campaign donations from payday lenders, and sponsored several bills to loosen their supervision.

On Monday, Mulvaney’s agency quietly closed a four-year investigation into World Acceptance Corporation, a payday lender that is among Mulvaney’s past campaign donors, according to the International Business Times. The move offers the latest indication that Mulvaney is reshaping the agency’s approach to regulating such lenders; last week, the CFPB announced that it would “reconsider” an Obama-era rule that sought to curb predatory practices by the industry, and dropped an April 2017 lawsuit it had filed against four payday lenders in Kansas. (The CFPB did not reply to a request for comment.)

World Acceptance Corporation announced the investigation’s close in a Monday press release that claimed it had received a letter from the CFPB saying that the investigation was complete and that the agency had decided against enforcement action. The company’s PAC also gave at least $4,500 in donations to Mulvaney’s congressional campaigns between 2013 and 2016.

“It definitely seems that Mulvaney is doing what he can to make life easier for payday lenders, which is completely contrary to what almost everybody in America thinks should happen,” said Diane Standaert, executive vice president for the Center for Responsible Lending.

In recent days, Mulvaney has signaled a broader overhaul of the CFPB. Last week he sent a letter to the Federal Reserve requesting no funding for the agency over the next three months, saying it would instead spend down emergency reserves amassed by Obama’s CFPB director, Richard Cordray. On Tuesday, Mulvaney also sent a memo to the CFPB staff outlining a new vision for the agency. In drawing a contrast with his predecessor, Mulvaney wrote that the agency would no longer “push the envelope” to achieve its mission, he wrote.

“We don’t just work for the government, we work for the people,” he wrote. “And that means everyone: those who use credit cards, and those who provide those cards; those who take loans, and those who make them; those who buy cars, and those who sell them. All of those people are part of what makes this country great, and all of them deserve to be treated fairly by their government. There is a reason that Lady Justice wears a blindfold and carries a balance, along with her sword.”