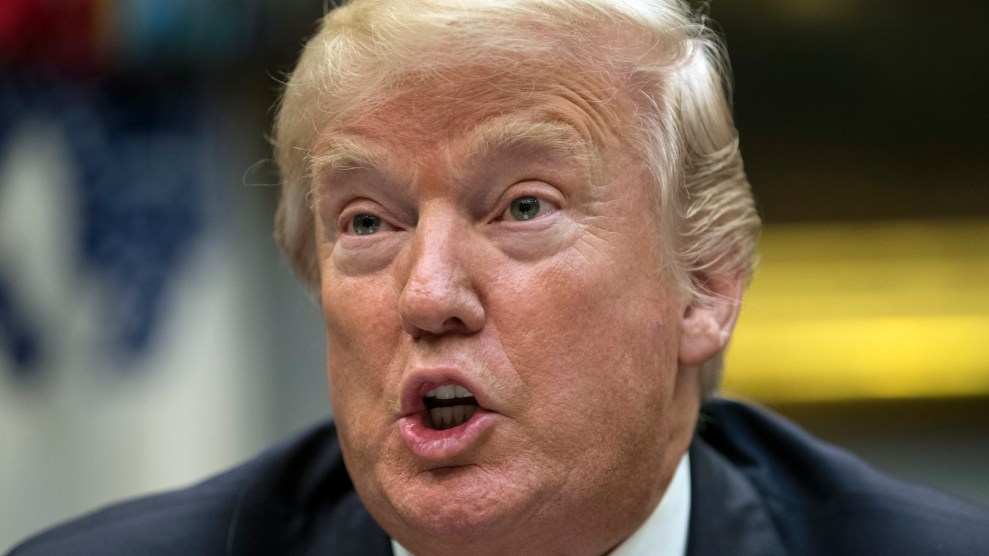 President Donald Trump on Thursday reportedly asked members of Congress, “Why are we having all these people from shithole countries come here?” The question came after Trump grew frustrated with lawmakers who suggested restoring protections from deportation that Trump had previously revoked for immigrants from Haiti, El Salvador, and parts of Africa, the Washington Post reports. According to the Post, Trump’s comments referred specifically to African countries and Haiti.

Trump followed up by telling the bipartisan group of lawmakers that “we should have more people from places like Norway,” according to NBC News. The network added that the president asked, “Why do we want people from Haiti here?”

Trump’s outburst comes just weeks after the New York Times reported he complained that people coming from Haiti “all have AIDS” and that Nigerians would refuse to “go back to their huts” in Africa once they’d seen the United States.

The Post reported that the White House wouldn’t immediately comment on Trump’s “shithole” statement, though an administration spokesman did release a statement on the negotiations with lawmakers.

The White House previously denied that Trump used the words “huts” or “AIDS” in relation to Haitians and Nigerians.