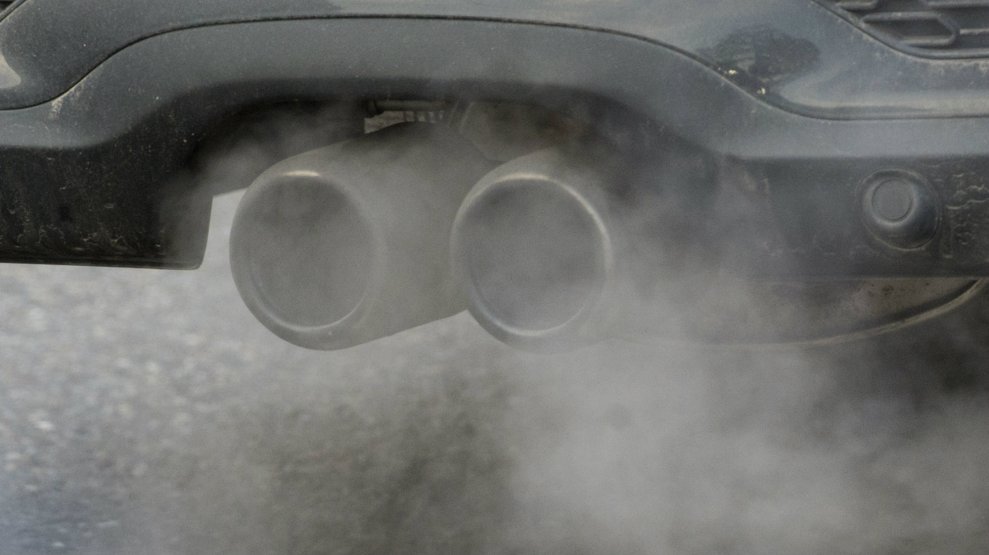 A trio of German carmakers—Volkswagen, BMW, and Daimler, the owner of Mercedes-Benz—reportedly backed tests exposing humans and monkeys to pollutants from car exhaust. Evidence that the fumes are not harmful could potentially have helped the carmakers retain European tax breaks for diesel fuel, and influence the political debate around emissions.

The European Research Group for Environment and Health in the Transport Sector, an organization which was set-up and funded by the three carmakers, commissioned experiments on human participants at Aachen University, the German newspapers Stuttgarter Zeitung and Süddeutscher reported earlier this week. According to their reports, the university tested the effects of inhaling different levels of nitrogen dioxide, a component of car exhaust, on 25 healthy human subjects. The research group disbanded in 2017.

“No effect could be detected” in humans who inhaled the gas during the research group’s tests, Stuttgarter Zeitung reported, though the newspaper did not detail the nitrogen dioxide concentrations or exact length of exposure. Research has shown diesel fuel emits higher levels of nitrogen dioxide than gasoline. The Environmental Protection Agency describes nitrogen dioxide as a pollutant that can “irritate airways in the human respiratory system” at high levels—while long exposure to elevated concentrations can “contribute to the development of asthma and potentially increase susceptibility to respiratory infections.” According to the Washington Post, the experiments were conducted between 2012 and 2015. A researcher involved in the study told the paper “nitrogen dioxide levels resembled those found in normal work spaces.”

The news of the human tests comes only days after the New York Times revealed that the research group also studied the impact of diesel fumes on 10 cynomolgus macaque monkeys in 2014. The primates were held in airtight containers in an Albuquerque lab and exposed to fumes from either a diesel-powered late-model Volkswagen Beetle or a 1999 Ford pickup truck for hours, the Times reported. The Beetle the company provided was “rigged to produce pollution levels that were far less harmful in the lab than they were on the road,” the Times wrote; nonetheless, the results were inconclusive and the group failed to publish a complete study.

The negative health impacts of diesel fumes have come under increased scrutiny in recent years. In 2012, the World Health Organization classified diesel exhaust as carcinogenic. That same year, 72,000 people in Europe died prematurely because of nitrogen dioxide pollution, according to a committee of the European Parliament report.

The revelations about the human and monkeys tests are the latest in a string of controversies for Volkswagen, which in 2015 admitted it cheated on diesel emissions tests—the scandal cost the company billions in fines. On Tuesday, Volkswagen said in a statement that as one of the “first consequences in connection with the animal tests” the head of the research groups’s external relations and sustainability would be suspended. “We are currently in the process of investigating the work of the EUGT, which was dissolved in 2017, and drawing all the necessary consequences,” the statement says, referring to the research group by its German initials, EUGT.

Volkswagen Group explicitly distances itself from all forms of animal cruelty. Animal testing contradicts our own ethical standards. The EUGT has been in liquidation since June 30, 2017.

“The BMW Group in no way influenced the design or methodology of studies carried out on behalf of the EUGT,” BMW said in a statement to Reuters about the monkey tests. Damlier also distanced itself from the animal studies, noting, “We condemn the experiments in the strongest terms.”

The German government publicly condemned the experiments. “These tests on monkeys or even people are in no ethical way justifiable and raise many critical questions about those who are behind the tests,” government spokesman Steffen Seibert said during a routine news conference in Berlin, according to Reuters.