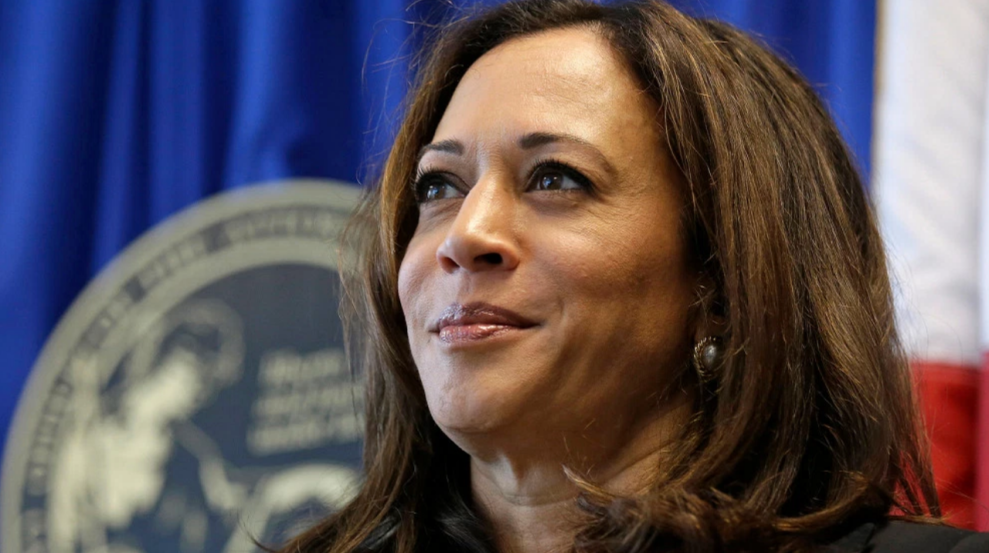 Denea Joseph is a 23-year-old recent UCLA graduate who grew up in South Central Los Angeles. She’s also undocumented, having moved to the United States from Belize when she was seven. Now the communications coordinator of UndocuBlack, a 20-city network providing support for young black immigrants, she is one of the country’s some 80,000 “Dreamers.” And on Tuesday night, Jospeh will attend Donald Trump’s first State of the Union as a guest of California’s freshman senator—and 2020 Democratic hopeful—Kamala Harris.

For Harris, herself the daughter of Indian and Jamaican immigrants, the move is both symbol and strategy (and, as my colleague Tim Murphy points out, a way to troll Republicans).

And in many ways, Joseph is the perfect candidate to accompany Harris, a longtime criminal justice advocate. “Dreamers like Denea represent the best of who we are as a nation,” Sen. Harris said in a statement. “Her commitment to the representation and empowerment of black immigrant communities is inspiring.” Joseph became politically active in college with UndocuBlack, which also works to increase the visibility of black communities impacted by heavy police presence and deportations. In total, black immigrants make up roughly seven percent of the total number of undocumented people in the US, but they make up 20 percent of those facing deportation.

It’d still be tempting, though, to write off Harris’ invite as a somewhat cynical ploy to position herself as a leader on the current Democratic priority of protecting undocumented immigrants, specifically Dreamers. But that’s not the whole story. Harris actually has a long legacy of not just pushing for criminal justice reform, but trying to steer law enforcement away from punitive approaches on immigration.

Early in her political career, as district attorney of San Francisco, Harris ran a program called Back on Track, offering an alternative to prison for first-time drug offenders who agreed to participate in a year-long diversion and job training program. Many of the participants were young people of color, and a few were undocumented immigrants. Back in 2009, right-wing critics seized on that detail after the Los Angeles Times reported that Back on Track had enrolled at least a half dozen people without papers. Harris defended the program, arguing, in part, that it wasn’t the job of local law officials to enforce immigration law. In a subsequent op-ed in the Los Angeles Times, she noted that the initial report “painted an extremely distorted picture of this nationally recognized program that has reduced crime and saved money.”

Later, after being elected as California’s attorney general, Harris broke with President Obama’s aggressive deportation policies. In 2012, she said that state law enforcement agencies were not obligated to comply with a federal program instituted by the Obama administration called Secure Communities, which allowed local jails to hold people without papers for up to 48 hours after they would’ve otherwise been released. Two years later, she forcefully reiterated that position: “When local law enforcement officials are seen as de facto immigration enforcers, it erodes the trust between our peace officers and the communities they serve,” Harris said in a press release at the time.

Then in 2015, during Harris’ run for the US Senate, San Francisco’s sanctuary policy again came under attack, when am undocumented man named Francisco Sanchez was tried for the murder of a tourist and was eventually acquitted—but not before conservatives, including Donald Trump  used the case to try to attack  the city’s position on immigration. Harris defended the city, telling reporters: “Our policy should not be informed by our collective outrage about one man’s conduct.”

Since being elected to the Senate, Harris has positioned herself as the “anti-Jeff Sessions,” in the words of Vox‘s Jeff Stein, becoming one of the most outspoken critics of the Trump administration’s restrictive immigration policies. She turned heads when she grilled then-Department of Homeland Security secretary nominee John Kelly on whether the Trump administration would use DACA recipients’ registration information against them. She has since insisted that undocumented immigrants are not criminals and introduced a bill that would provide access to lawyers for anyone detained while trying to enter the US. And just this month, Harris was the first member of the Senate to publicly threaten to vote against a spending deal unless Republicans agreed keep Dreamers safe from deportation. Then when the federal government did shutdown for three days in January, Harris was one of 16 Democrats who voted against re-opening it without a deal that would safeguard Dreamers. (Of course, almost all the other 2020 hopefuls, including Sens. Corey Booker (D-NJ) and Kristin Gillibrand (D-NY), voted the same.)

The Majority Leader’s comments fell far short of the ironclad guarantee I needed to support a stopgap spending bill. I refuse to put the lives of nearly 700,000 young people in the hands of someone who has repeatedly gone back on his word.

Harris is not the only member of Congress bringing a DACA recipients as a guest of honor to the State of the Union tonight. But Joseph stands out as a black undocumented immigrant, as the narrative of the undocumented often focuses on people born in Latin American countries.

Harris’ office first reached out to Joseph about being her guest in an email in recent weeks. Joseph was taken aback by the invitation—she’s a big supporter of the senator, and even co-founded a Facebook group called Slay, Kamala, Slay—but she quickly realized the gravity of the moment. She sees the night as an opportunity to shine a light on the people being batted around by Washington policies. “Immigration has been portrayed as a Latinx issue,” she tells Mother Jones, adding that the reforms under consideration by Democrats and Republicans are also “very anti-black” because they heighten surveillance and enforcement in already over-policed black communities. And somewhat lost in the controversy over Trump’s “shithole” comments is the fact that he wants to cut the US’s visa lottery in half; the countries that benefit most from that program include majority-black nations like the Democratic Republic of Congo and Ethiopia, according to an analysis by CNN.

Joseph hopes her attendance at the speech will help broaden the conversation about who’s impacted by Trump’s anti-immigrant rhetoric. “Not too long ago, my country [Belize] was included on the list of three countries whose work visas would be eliminated under the H2-visa program,” Joseph says, referring to the administration’s recent announcement that the country, along with Haiti and Somoa, would no longer eligible for the program that offers temporary work visas to select immigrants. “Trump’s been clear about how he feels about immigrants and black immigrants in particular,” she says.

Jonathan Jayes-Green, a co-founder of the UndocuBlack Network, says that Joseph’s attendance at the State of the Union is symbolically important, but he’s cautious in that optimism. “The fact that Denea gets to go there with Senator Harris, who’s been a champion of immigrant communities and been mindful of black immigrant communities given that she’s the daughter of Jamaican immigrants as well, is really important and impactful,” Jays-Green says. “But we’re also holding the fact that not all of our members get to be there who don’t have the exceptional stories of being students but whose lives also really matter.”