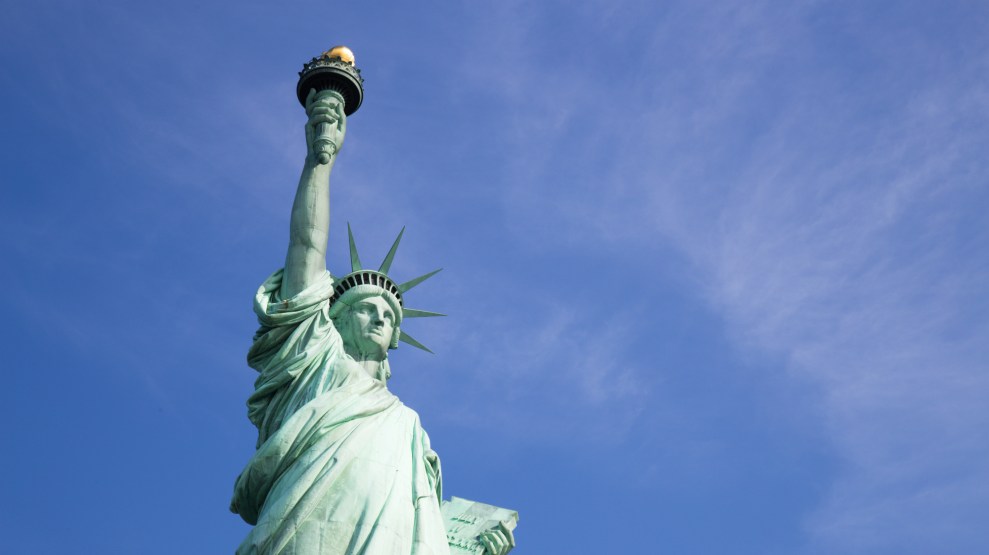 The battle to restore net neutrality received a huge boost on Wednesday when New York Gov. Andrew Cuomo signed an executive order directing state agencies to not enter into any contracts with internet service providers unless they follow net neutrality principles. The order comes just days after a similar order from Montana Gov. Steve Bullock, and makes New York the second state to enforce net neutrality protections since the Federal Communications Commission repealed it last month.

Much like the Montana measure, New York’s order requires that all internet service providers, or ISPs, contracting with state agencies must not block, throttle, or engage in paid prioritization of internet content. Any ISP hoping to enter or renew a contract with a state agency on or after March 1 would have to enter into a binding agreement stating it would adhere to these principles. The terms would only apply to state contracts, and does not affect how ISPs work with private companies or individuals. The order also directed New York’s Department of Public Service to evaluate other ways in which the state could promote net neutrality. Major companies including AT&T, Sprint, and Verizon currently contract with the state of New York.

“The FCC’s dangerous ruling goes against the core values of our democracy, and New York will do everything in our power to protect net neutrality and the free exchange of ideas,” Gov. Cuomo said in a statement. “With this executive order, we reaffirm our commitment to freedom and democracy and help ensure that the internet remains free and open to all.”

Cuomo’s executive order is just one among an increasing number of actions attempting to counterbalance the FCC’s decision to repeal net neutrality. Beyond Montana’s executive order, 21 state attorneys general and the District of Columbia filed a lawsuit against the FCC last week, and legislators in at least 10 states have proposed or said they are considering bills to protect net neutrality.

“We’re seeing a wave of activism against the FCC’s unpopular decision,” Tim Karr, senior director at Free Press, an open media advocacy organization that is suing the FCC over the repeal, tells Mother Jones in an email. “Local efforts by elected officials are part of the national backlash against the Trump FCC’s attack on the open internet. We expect to see similar gestures from many other states and cities in the coming weeks.”

Though the executive order may face a legal challenge, Karr says both the New York and Montana executive orders should pass muster because they only pertain to state contracting requirements. When it repealed net neutrality, the FCC included a preemption clause that prevents states from creating their own net neutrality laws, arguing that such moves would create a “patchwork” of regulations for service providers and disrupt the federal government’s deregulatory approach. “Just like the federal government, state governments are free to set conditions and parameters for those doing business with them,” says Karr.

Joy Sims, a spokeswoman for the the NCTA—Internet and Television Association, which represents major broadband and television companies, says that the organization does not comment on specific state efforts. “ISPs are committed to preserving an open internet but state-by-state actions aren’t the answer,” Sims tells Mother Jones in an email. “We support a bipartisan legislative solution that both protects consumers and fosters broadband deployment in rural areas across the entire country.”