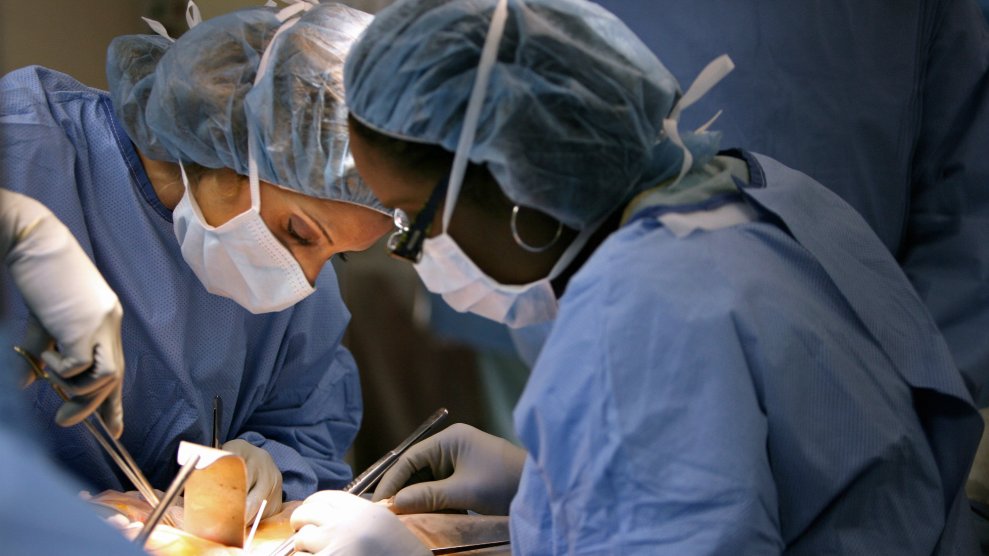 Under the Affordable Care Act, Medicaid was expanded to include everyone who makes up to 138 percent of the federal poverty line. (In 2017, that’s $16,642 for an individual or $33,948 for a family of four.) In 2012, however, a Supreme Court ruling allowed states to opt out of that provision. Since then, 32 states and D.C. have implemented the expansion, even as some critics argued that just because millions of low-income people were newly eligible for Medicaid, their access to care might not be improved.

“There has been increasing dialogue about whether increasing insurance coverage actually improves access to care and quality of care,” said Dr. Andrew Loehrer, a clinical fellow in surgical oncology at the MD Anderson Cancer Center in Texas. “Does it do more than give someone an insurance card?”

In a study published in the journal JAMA Surgery on Wednesday, Loehrer and a team of doctors and public health researchers found evidence it does. They investigated the effects of Medicaid expansion on patients with one of five relatively common but serious conditions: appendicitis, cholecystitis (gall bladder inflammation), diverticulitis (inflammation or infection of pouches in the colon), peripheral artery disease (when narrowed arteries prevent blood flow to the limbs) and aortic aneurysms (enlargements of the body’s main artery).

They compared the care nearly 300,000 patients in 27 Medicaid expansion states and 15 non-expansion states received from January 2010 through September 2015. These diseases were chosen because the onset of symptoms can begin quickly, and delaying seeing a doctor can lead to worse outcomes. They found that patients in states with Medicaid expansion were more likely to go to the hospital earlier, when their disease was still “uncomplicated”—before gangrene had set in, for instance, or their aneurysm had ruptured. They also found a 2.6-percentage point increase in the probability that patients in Medicaid states would receive optimal surgical care, including minimally invasive surgeries.

A 2017 Kaiser Family Foundation report summarized the findings of more than 150 studies on Medicaid expansion. Rachael Garfield, a senior researcher and associate director of KFF’s program on Medicaid and the Uninsured, helped compile the study, which found that the immediate result of Medicaid expansion was a large jump in Medicaid enrollment. States that expanded Medicaid saw larger decreases in the uninsured rate, particularly among low-income adults, compared to states that did not. “The key question people have asked is so what? What does that mean?” Garfield said. “Now we are starting to see improvements in health outcomes as well.”

Opponents have criticized Medicaid wait times and the fact that some doctors won’t accept this insurance. A Harvard analysis of a government survey examining Medicaid beneficiaries’ experiences found only 3 percent of respondents said they could not get care because of long wait times or because a doctor refused their insurance. Instead, evidence suggests Medicaid recipients are happy with the program.  The survey reported more than 270,000 people enrolled in Medicaid in 2013 rated the program 7.9 out of 10 on average, with 10 being “the best health care possible.”

Other studies on Medicaid expansion have shown positive outcomes for patients in primary care, in the affordability of care, and their self-reported health. But the study released Wednesday is the first to demonstrate positive benefits for serious conditions requiring surgery. What was most striking, Loehrer said, was that in “such a short amount of time,” 21 months, they began to see improvements in surgery conditions in Medicaid expansion states.

He notes that the results provide “on the ground, real-world evidence strongly suggesting that having insurance does make a difference in seeking care and the quality of that care.”