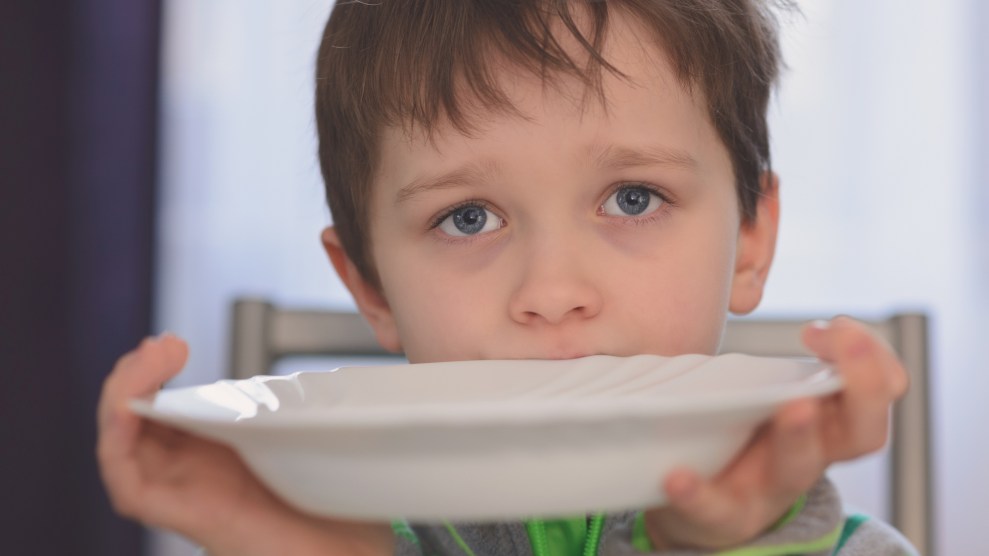 President Donald Trump and the GOP-controlled Congress have publicly flaunted their desire to slash food aid for the poor. The deficit-swelling tax cut package they passed in late 2017 will embolden their efforts later this year, when the twice-a-decade farm bill—which funds the Supplemental Nutrition Assistance Program  (formerly known as food stamps)—comes up for debate.

Meanwhile, a new paper from the Center on Budget and Policy Priorities demonstrates just how short-sighted this miserly agenda is.

The paper shows that people who struggle with food access are more likely to have chronic health conditions including hypertension, coronary heart disease, and diabetes; incur higher healthcare costs, including from publicly funded programs like Medicaid; and are more likely to require emergency-room visits, running up bills they can’t afford to pay.

The SNAP program is a crucial bulwark for keeping America’s low-income population from facing the health-destroying effects of chronic food insecurity. Adults in households that receive SNAP benefits spend $1,400 less per person than households with similar incomes but no SNAP benefits. As for children, the program delivers benefits that reverberate throughout their lifetimes. Note that 70 percent of SNAP-receiving households include kids, and that the program helps keep one in four US kids fed:

In short, cutting the budget for SNAP is a classic example of a false economy: a short-term saving that results in large, unaccounted-for costs down the road.