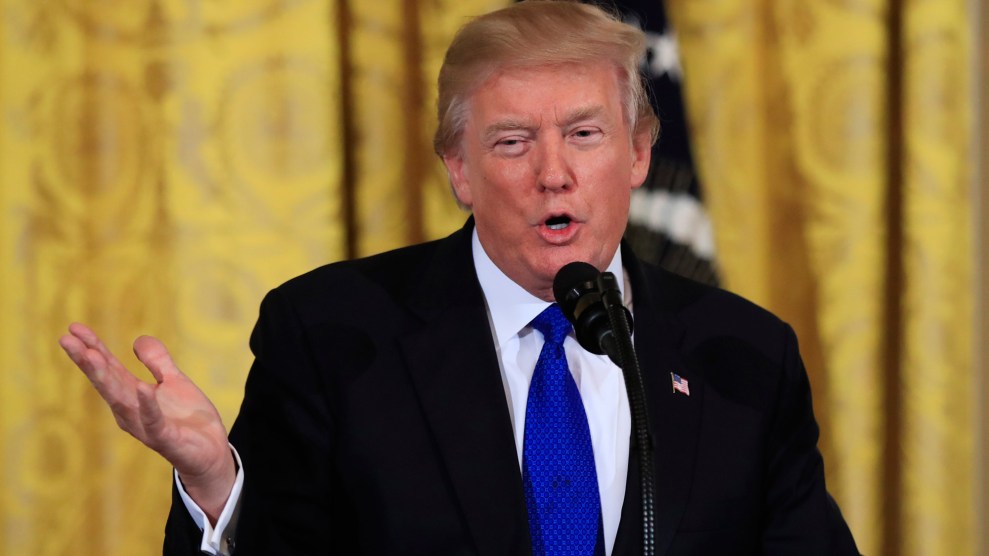 In June, President Donald Trump ordered the firing of special counsel Robert Mueller, who is overseeing the investigation into Russia’s meddling in the 2016 election, only to change gears once White House counsel Donald McGahn II threatened to resign, according to a bombshell new report published by The New York Times Thursday night.

Amid the first wave of news media reports that Mr. Mueller was examining a possible obstruction case, the president began to argue that Mr. Mueller had three conflicts of interest that disqualified him from overseeing the investigation, two of the people said.

First, he claimed that a dispute years ago over fees at Trump National Golf Club in Sterling, Va., had prompted Mr. Mueller, the F.B.I. director at the time, to resign his membership. The president also said Mr. Mueller could not be impartial because he had most recently worked for the law firm that previously represented the president’s son-in-law, Jared Kushner. Finally, the president said, Mr. Mueller had been interviewed to return as the F.B.I. director the day before he was appointed special counsel in May.

Ty Cobb, the president’s lawyer who manages the White House’s relationship with Mr. Mueller’s office, said in a statement, “We decline to comment out of respect for the Office of the Special Counsel and its process.”

On Wednesday, Trump told reporters he was willing to talk to Mueller, as part of the special counsel’s ongoing investigation into Russian interference in the 2016 election.