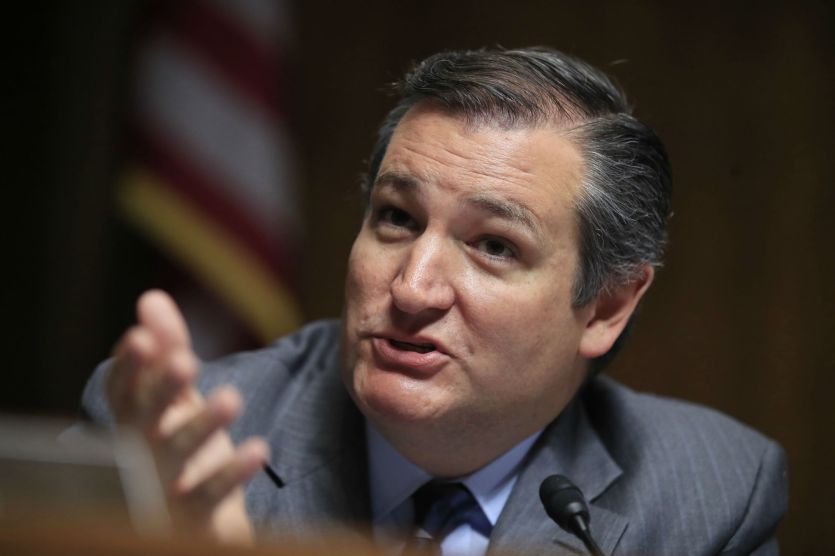 The Dallas Morning News‘ editorial board chose not to endorse Ted Cruz in the upcoming Republican primary, instead telling voters to cast ballots for a 37-year-old Houston energy lawyer.

The board cited Cruz’s few legislative wins, infamous unpopularity in Washington, and his decision this week to vote against opening bipartisan debate over immigration as reasons to vote for his competitor, Stefano de Stefano, one of five candidates vying to clinch the Republican nomination on March 6.

Our senator has made few allies, even among Republicans in the Senate. He has a thin legislative record to show for it, though he has been more focused since the end of his bid for the 2016 Republican presidential nomination. This shift toward productive results enabled him to push for billions in Hurricane Harvey relief for Texas and steer a bipartisan NASA authorization bill to passage. Texas would be well served if it saw more of that work from its junior senator.

Cruz’s elbows have been so sharp and his disdain for deal-making so pronounced, that he’s often stymied his own party’s agenda. In 2013, he helped shut down the government to protest the Affordable Care Act. Even fellow GOP senators criticized the effort as grandstanding. Upset over a setback over the Export-Import Bank in 2015, he called the Senate’s Republican leader a liar, poisoning prospects for progress.

Cruz, who was elected in 2012, is no stranger to being snubbed—by newspapers, congressman, and old classmates alike. The Morning News, in fact, endorsed one of his competitors the last time he ran. “He’s more about fighting and defending and toppling than bringing people together, building coalitions or solving problems,” the editorial board wrote, adding, “His appeal is based on an underlying anger that works only so far.”

In 2016, former House Speaker John Boehner famously called Cruz “Lucifer in the flesh” at talk at Stanford University. A prominent aid to George W. Bush’s 2000 campaign told my colleagues David Corn and Tim Murphy that Cruz is “a big asshole”; Bush himself once said of Cruz, “I just don’t like that guy.” His former Princeton roommate called him “a nightmare of a human being.”

Cruz is at least semi-aware of his reputation, saying during a 2016 Republican debate: “If you want someone to grab a beer with, I may not be that guy.”