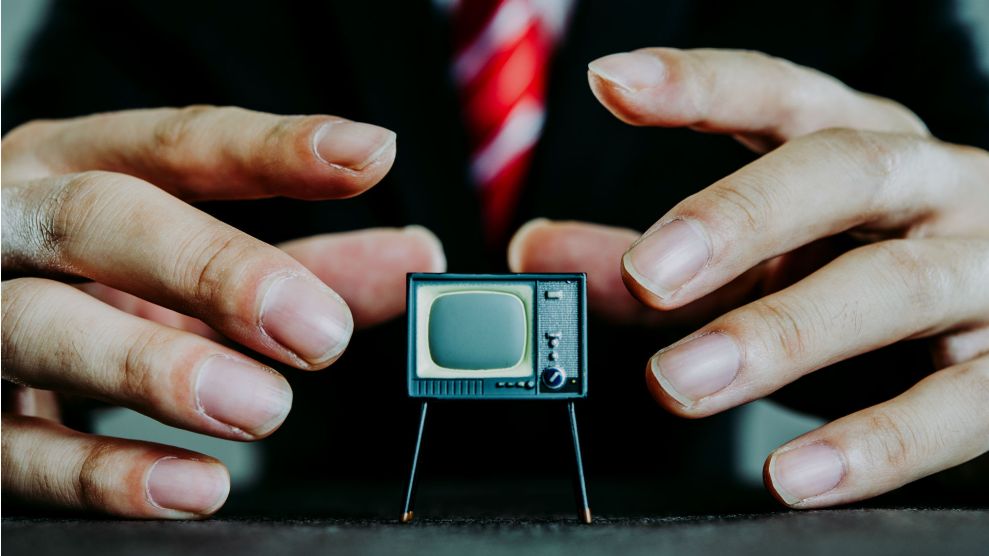 Did that make you more likely to trust this article?

Try this: I’m Rowan Walrath, and I approve this message.

New research shows that putting the latter type of tagline on a candidate’s advertisement—as required under the Bipartisan Campaign Reform Act of 2002 (a.k.a. McCain-Feingold)—actually boosts the credibility of ads attacking a rival’s voting record or policy positions.

“The tagline, far from disincentivizing negativity in advertising, has actually made it surprisingly effective.”

“For a couple of reasons, when that tagline is added to political ads, then people believe the content of the ads more,” says study co-author Clayton Critcher, an associate professor at the University of California-Berkeley’s Haas School of Business. “That’s particularly true for ads that people start out with the most skepticism about, which are precisely those ads that [Congress was] trying to discourage: negative ads. So adding the tagline, far from disincentivizing negativity in advertising, has actually made it surprisingly effective by increasing how true those messages seem.”

It is indeed an ironic result, given that the “Stand By Your Ad” provision of McCain-Feingold was meant to discourage negative campaigning. “Guess what,” Sen. John McCain (R-Ariz.) said in a 2004 floor speech touting a temporary reduction in negative advertising in the wake of the act. “Every time there is a message, the candidate says, I am so-and-so and I approve of this ad. They would not approve a lot of the trash put in and negative attacks—which has one effect, we all know, and that is drive down voter turnout.”

In fact, negative advertising has become more rampant in the years since McCain-Feingold took effect, Critcher says, but no researcher had actually studied what happens when we read or hear “I approve this message.” In a peer-reviewed study published this month in the Journal of Marketing Research, Critcher and collaborator Minah Jung, an assistant professor of marketing at New York University’s Stern School of Business, lay out years of research examining how that tagline can affect a person’s perceptions.

For the four mini-studies covered in their paper, Critcher and Jung recruited nearly 2,000 study participants from universities and through Amazon’s Mechanical Turk program. Groups of participants were presented with real ads used in congressional races from 2006 to 2010, and also with fictional ads the researchers created using “snippets” of real ads assembled into a generic structure. One setup included positive and negative TV spots from both Democratic and Republican candidates—the Stand By Your Ad tagline was removed from half the ads.

“Even people we tend to be suspicious of…when they make promises, that’s something that we almost automatically respond to with greater trust.”

With both real and fictional ads, the researchers discovered, the “I approve” tagline gave a significant positive boost to the perception of negative policy ads. (The effect was smaller when the ad was positive or when the candidate attacked a rival on a personal level.) “Part of the problem, we find, comes from the approval language itself,” Critcher says. “People take that as an implicit promise that [the candidate is] really saying that what [the ad is] saying is true.”

The credibility boost was similarly strong when subjects were told the ads were not vetted by regulators—which is true. “We made explicit to half of participants (and repeatedly reminded them) that the Federal Election Commission had not evaluated the content,” Critcher and Jung write. Even subjects who acknowledged that the Stand By Your Ad tagline did not reflect an ad’s truthfulness were significantly influenced, according to the paper.

Critcher, a psychologist who studies judgment and decision-making, explains that this result has to do with the way our brains process information. “Just psychologically, promises are really powerful,” he says. “Even people we tend to be suspicious of or have reasons to be mistrustful of—when they make promises, that’s something that we almost automatically respond to with greater trust and belief in what they’re saying.”

Even more powerful, though, is what Critcher and Jung call “regulation legitimation.” For another test, they created a “placebo” tagline—”My name is X, and I am running for Y”—narrated by voice actors, and compared it with the Stand By Your Ad tagline. When control subjects were told nothing about regulation, policy ads with the “I approve” language were viewed as more credible than those with a placebo tagline or no tagline. But when another group of subjects was told that both taglines were the result of a regulatory requirement, the two tagline types gave an equivalent credibility boost.

The reason for the boost, Critcher says, is that people recognize that an ad has been touched in some way by a legitimate regulatory body, whether or not the regulator has vetted the message. The findings, for him, call to mind the debate over whether the Food and Drug Administration should regulate tobacco products: “One of the concerns was that if the FDA is given these limited regulatory powers, people may just perceive tobacco products as more legitimate or safer or more endorsed as a whole.”

So, what next? Critcher doesn’t think politicians are aware that saying “I approve” makes going negative more palatable. They might be now, though. Critcher and Jung suggest some actions in their paper that could help temper the credibility boost: Nonpartisan groups could educate voters by sending out straightforward, easily digestible candidate comparisons, for example. Or the mandatory tagline could be changed from “I approve this message” to a more neutral statement like, “I’m Joe Blow, and I’m running for Congress.”

“Advertising can affect preferences in elections, but the impact is often small.”

Jon Krosnick, who directs Stanford’s Political Psychology Research Group, called the paper an “impressive article” after reviewing it at Mother Jones’ behest. But he cites two “significant” limitations. Because the subjects were recruited from universities and from Mechanical Turk, “they are not a representative sample of American voters,” Krosnick says in an email. (A 2015 blog post in the Washington Post outlines this debate.)

Nor is Krosnick convinced that the way people perceive campaign ads is reflective of how they will vote. He points to research from Columbia University political science professor Donald Green showing that negative political ads have minimal, even fleeting effects. “There is no basis here for knowing whether the taglines examined have any meaningful political or electoral impact,” he says.

John Sides, an associate professor of political science at George Washington University, had similar concerns. “Advertising can affect preferences in elections, but the impact is often small and it is not clear that this impact depends a great deal on subtle features of the ads like [Stand By Your Ad],” he wrote in an email.

Still, with primary season approaching, it might behoove political consultants to take notice of Critcher’s and Jung’s findings. Although real-world variables differ from experimental ones, the results suggest that it may not be in a candidate’s interest to pull her punches—so long as she “approves” the message. “We found the effects were about as big, or in some cases bigger, than partisanship match,” Critcher says. “It’s pretty impactful.”