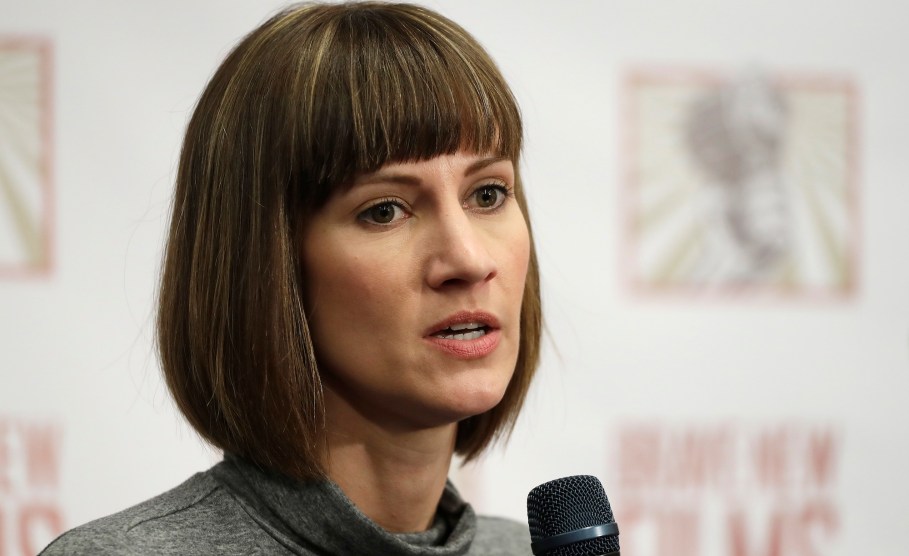 Rachel Crooks is running for Ohio's state legislature as a Democrat. She says Donald Trump forcibly kissed her in Trump Tower in 2006, where she worked as a receptionist.Mark Lennihan/AP

President Donald Trump took to Twitter Tuesday morning to defend himself against allegations of sexual assault. This time, he refuted the claim that he forcibly kissed a woman in 2006. The story Trump appears to be referencing in The Washington Post profiles Rachel Crooks, who worked at the time as a receptionist at an investment firm inside Trump Tower.

A woman I don’t know and, to the best of my knowledge, never met, is on the FRONT PAGE of the Fake News Washington Post saying I kissed her (for two minutes yet) in the lobby of Trump Tower 12 years ago. Never happened! Who would do this in a public space with live security……

….cameras running. Another False Accusation. Why doesn’t @washingtonpost report the story of the women taking money to make up stories about me? One had her home mortgage paid off. Only @FoxNews so reported…doesn’t fit the Mainstream Media narrative.

The New York Times first reported Crooks’ account in October 2016, in the days following the second presidential debate. Trump categorically denied the allegations at that time, as well.

The phony story in the failing @nytimes is a TOTAL FABRICATION. Written by same people as last discredited story on women. WATCH!

Nearly 20 women have come forward accusing the president of sexual misconduct, and one has tried to sue him for defamation. In a 2005 Access Hollywood tape, Trump said that he is “automatically attracted to beautiful [women] — I just start kissing them. It’s like a magnet. Just kiss. I don’t even wait.”