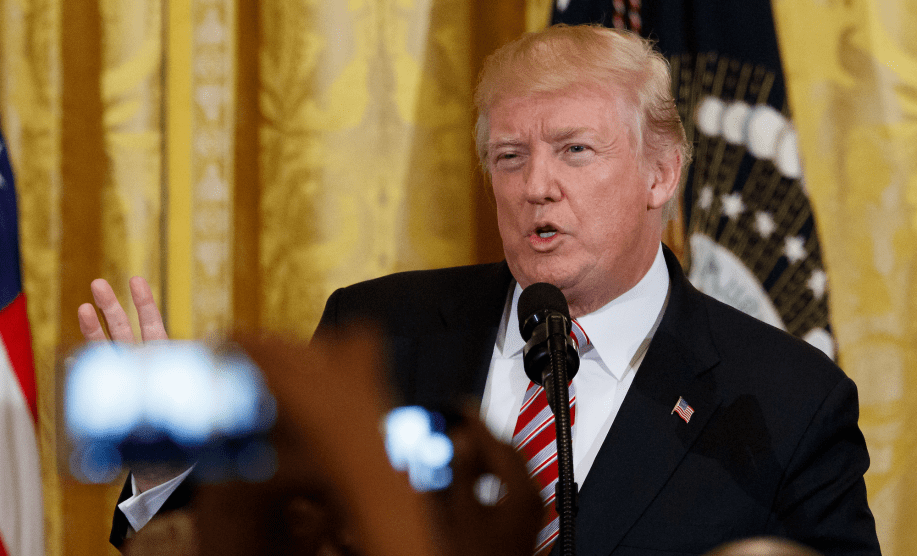 President Donald Trump on Thursday suggested there were “so many signs” that the suspected shooter in the deadly shooting at a Parkland, Florida, high school who killed at least 17 people Wednesday afternoon was “mentally disturbed.”

The tweet, which followed a brief message offering his condolences to the victims of the worst school shooting since Sandy Hook, echoed Trump’s past remarks citing mental health issues—not a lack of gun control legislation—for being responsible for mass shootings in America.

So many signs that the Florida shooter was mentally disturbed, even expelled from school for bad and erratic behavior. Neighbors and classmates knew he was a big problem. Must always report such instances to authorities, again and again!

It’s unclear if Trump will publicly address the country on the Florida shooting, but his public schedule for Thursday indicates he only has one meeting, which will be closed to the press. The New York Times‘ Maggie Haberman reported Wednesday night that White House aides urged Trump to say something in the wake of the shooting, but he is so far refusing to do so.

Authorities have identified 19-year-old Nikolas Cruz as the suspected gunman, saying he had recently been expelled from Marjory Stoneman Douglas High School for disciplinary issues. School officials reportedly identified Cruz as a potential threat who had demonstrated a fixation on guns.

Almost exactly a year ago, Trump signed a law to revoke an Obama-era gun regulation that made it more difficult for those with mental illnesses to acquire guns. Media was not allowed to attend the bill-signing event.