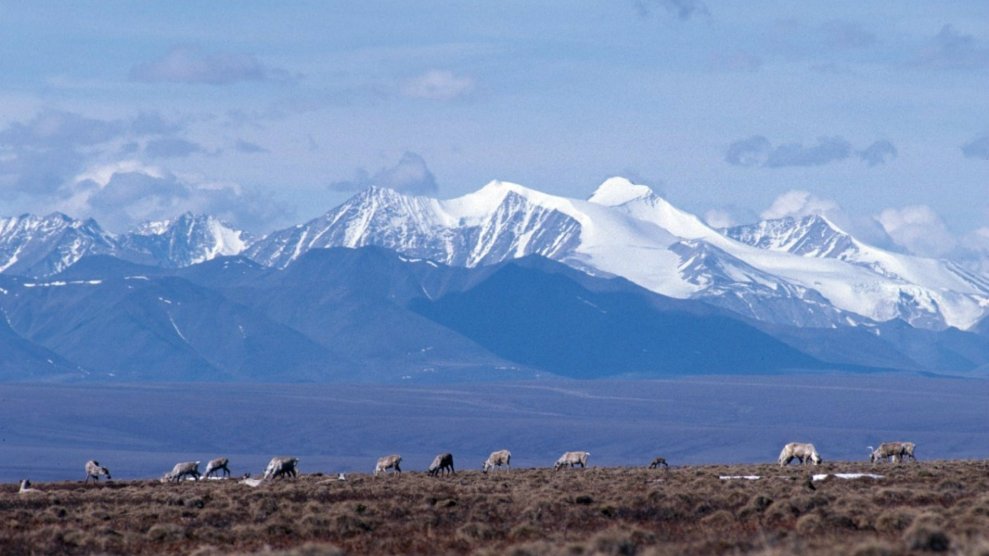 US Fish and Wildlife Service

President Donald Trump said Thursday that he had little interest in opening Alaska’s Arctic National Wildlife Refuge to oil drilling until a friend “who’s in that world and in that business” called and told him Republicans have been trying to do so for decades.

It was at that moment, it seems, that it became a competition.

“After that I said, ‘Oh, make sure that’s in the [tax] bill,’” Trump said during a speech at the GOP congressional retreat in West Virginia.

“I really didn’t care about it,” he added. “And then when I heard that everybody wanted it — for 40 years they’ve been trying to get it approved — I said, ‘Make sure you don’t lose ANWR.’”

Trump didn’t say who first urged him to push for opening the refuge’s 1.5 million-acre coastal plain, also known as the 1002 Area.

The GOP tax bill passed in December includes a provision, introduced by Sen. Lisa Murkowski (R-Alaska), that requires Interior Secretary Ryan Zinke to approve at least two lease sales for drilling—each covering no less than 400,000 acres—in the refuge’s coastal plain. The region is home to polar bears, moose and caribou, and it has been the subject of a decades-long battle between energy companies and conservationists.

Sen. Dan Sullivan (R-Alaska) told a rather different story shortly after Trump’s speech. In an interview with the Washington Post, Sullivan said he and Murkowski briefed the president on several Alaska issues, including ANWR, early last year and were surprised at Trump’s knowledge about the state. Trump’s grandfather reportedly worked on an 1890s route that led to the Yukon gold fields.

“He actually knew a fair amount about Alaska,” Sullivan told the Post. “It’s pretty amazing history. His grandfather was there.”

Described by some as “America’s Serengeti,” ANWR covers more than 19 million acres in northeastern Alaska. Scientists, environmentalists, and a bipartisan group of former Interior Department officials have warned that fossil fuel extraction there could spoil the landscape and harm the species that call it home.

The Trump administration’s fiscal 2018 budget, released last year, called for allowing oil and gas drilling in the coastal plain. In May, Zinke signed an order to “jump-start Alaskan energy production.” He said at the time that the move was an “important first step in a smart and measured approach to energy development in ANWR.”

The Congressional Budget Office estimates the ANWR provision would generate slightly more than $1 billion in federal revenue over the next decade—a figure that has been widely disputed. Within the drilling leases, the measure allows for 2,000 acres of the coastal plain to be developed above ground with wells and support facilities.

In his speech Thursday, Trump called the refuge “one of the great potential fields anywhere in the world” and said drilling it is a “great opportunity for Alaska.”