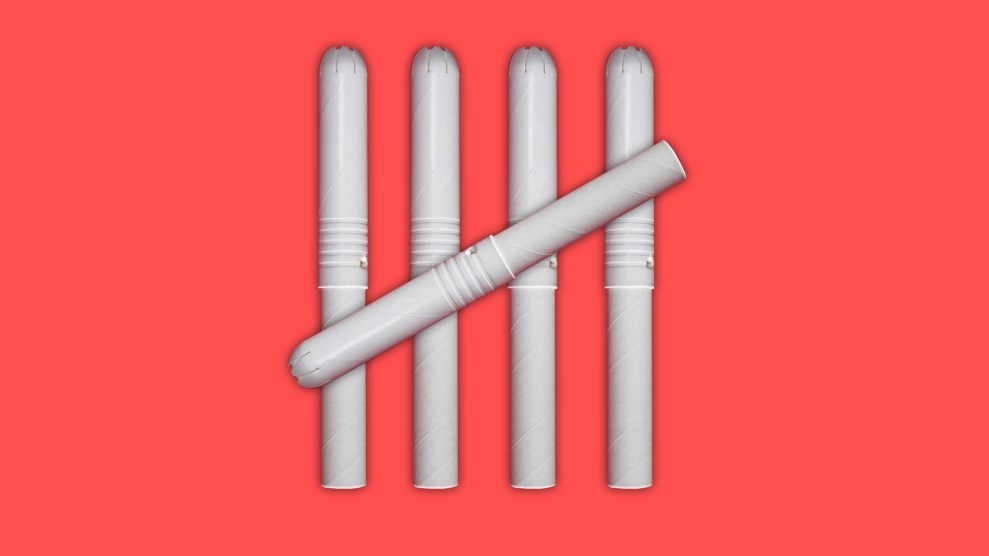 An Arizona bill that would provide basic dignity for female prisoners moved forward in the state legislature this week.

The issue at hand is that incarcerated women are currently only provided 12 free pads per month and are only allowed to possess 24 pads at a time. They aren’t provided any tampons. To get more pads or tampons, prisoners have to buy them. But buying these products is far from easy. Base pay for prisoners is about $0.15 per hour; local news outlet Arizona Central estimates that to pay for a set of pads, a woman would need to work about 21 hours, and for just one box of tampons, up to 27 hours.

Now Rep. Athena Salman (D-Tempe) is trying to right that wrong. Her proposed bill would ensure women incarcerated in state prison would receive free feminine hygiene products, and this week it narrowly passed out of committee. It will now be considered by the full House.

During the bill’s hearing at the reportedly all-male House Military, Veterans and Regulatory Affairs Committee, several women, Arizona Central reports, including some former inmates, testified about the dismal conditions in Perryville state prison, the only one in Arizona that houses women.

“Bloodstained pants, bartering, and begging for pads and tampons was a regular occurrence,” Adrienne Kitcheyan said of her time there.

Even worse, Kitcheyan reportedly told the committee that if her pants had a blood stain, she would get a ticket for breaking the prison’s dress code—an offense which could lead the prison to revoke someone’s ability to purchase items, including, of course, pads and tampons.

Several men on the committee wondered why they were debating menstruation. According to Arizona Central, Republican Rep. Jay Lawrence, the committee chairman, said, “I’m almost sorry I heard the bill.” He added, “I didn’t expect to hear pads and tampons and the problems of periods.”

Arizona is not alone in this fight. A handful of other states—including Maryland, Virginia, and Nebraska—have introduced similar legislation or policies in recent weeks. Colorado passed a similar amendment last year.

The move to provide free hygiene products in prisons comes in part as a response to a memo issued by the Bureau of Federal Prisons last year, which required wardens to provide tampons, pads, and panty liners to all federal inmates for free. “But because the majority of incarcerated women are housed in state prisons and local jails unaffected by the policy change, fewer than 10 percent of female inmates stood to gain anything,” Lydia O’Connor wrote in HuffPost earlier this week, pointing to data from the Prison Policy Initiative.

“The humiliation is really something you carry with you forever,” former inmate Sue Ellen Allen told Arizona Central.