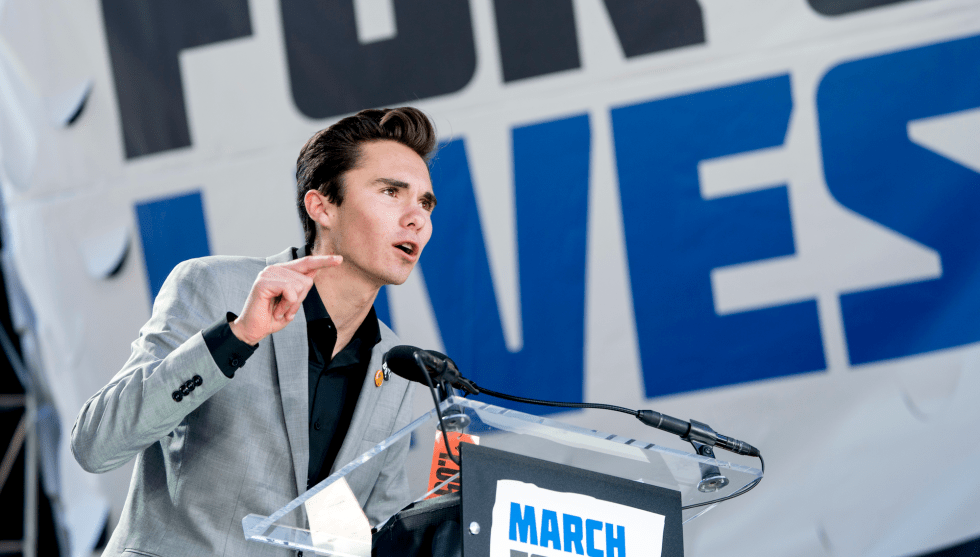 The student leaders demanding action on gun control in the wake of last month’s Parkland, Florida, shooting have been the focus of intense attacks on the right, many of whom have promoted baseless conspiracy theories and mocking memes to undermine the students’ messages.

But this week took an especially vitriolic turn when conservatives seized upon a new video interview featuring David Hogg, in which the 17-year-old from Marjory Stoneman Douglas discusses having recently learned that he was rejected by several California colleges, including UCLA.

In the video posted by TMZ on Tuesday, Hogg appears gracious as he reflects on the string of rejection letters. He acknowledges the disappointment but says that his mind’s been focused on the movement.

The most eloquent part of the interview comes when Hogg is asked if he was at all surprised by the rejections considering his newfound national prominence. “I’m not surprised at all, in all honesty,” he says in the video. “I think there’s a lot of amazing people that don’t get into college, not only [who] do things that I do, but because their voices just aren’t heard in the tsunami of people that apply to colleges in such an impacted school system here in America.”

That, however, hasn’t stopped conservatives from mocking Hogg. Fox News host Laura Ingraham went as far as to deride Hogg for the “totally predictable” rejections in light of Hogg’s GPA and SAT scores.

David Hogg Rejected By Four Colleges To Which He Applied and whines about it. (Dinged by UCLA with a 4.1 GPA…totally predictable given acceptance rates.) https://t.co/wflA4hWHXY

The conservative site The Blaze wrote about the video to claim Hogg’s unhappiness these days “has more to do with the fact that he hasn’t been granted admission into preferred colleges than it does with the fact that 17 of his school peers were gunned down in February’s mass school killing.”

Meanwhile, a Minnesota lawmaker has been under fire for comparing Hogg to Hitler Youth—a malicious attack also embraced by the far-right news sites InfoWars and Breitbart.

Hogg later responded to Ingraham’s tweet with a call for advertisers to boycott her show.

Soooo @IngrahamAngle what are your biggest advertisers … Asking for a friend. #BoycottIngramAdverts

Pick a number 1-12 contact the company next to that #

This post has been updated to include Hogg’s response.