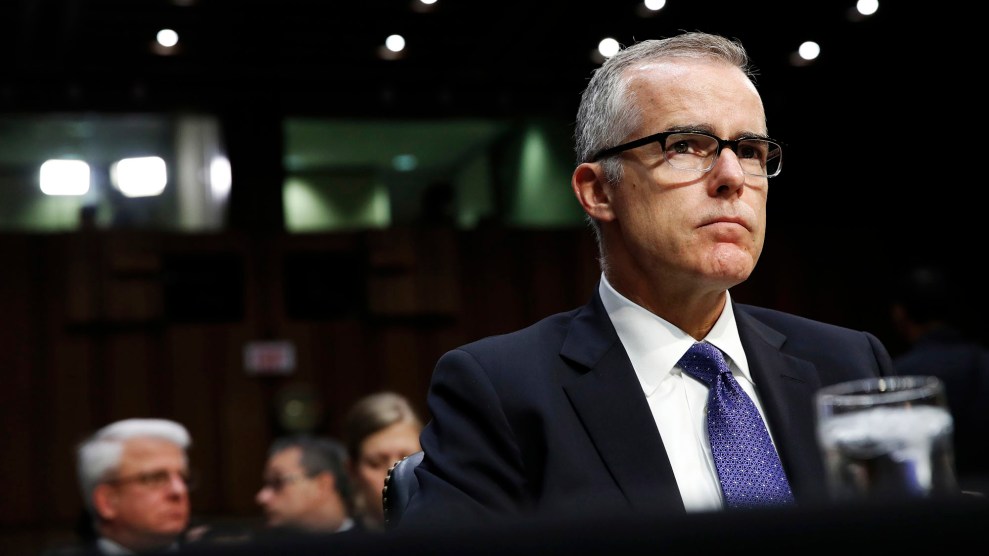 Andrew McCabe testifies on Capitol Hill on May 11, 2017.Jacquelyn Martin/AP

Former FBI deputy director Andrew McCabe, who was fired less than two days before his retirement, finally responded to President Trump in a Washington Post op-ed.

McCabe accused the president of “cruelty” and said he learned of his firing third-hand, from a friend who first heard the news from a CNN report. “I had been fired in the most disembodied, impersonal way,” McCabe wrote, adding “Not in my worst nightmares did I ever dream my FBI career would end this way.”

Attorney General Jeff Sessions fired McCabe just days before he was due to receive retirement benefits. He was accused of “lack of candor” for misleading investigators about his contact with a reporter. McCabe acknowledged that “some of my answers were not fully accurate or may have been misunderstood” but said he corrected them, and “I did not knowingly mislead or lie to investigators.”

In his op-ed, McCabe compared his “extended humiliation” to that of his predecessor, fired FBI director James Comey.

I was sad, but not surprised, to see that such unhinged public attacks on me would continue into my life after my service to the FBI. President Trump’s cruelty reminded me of the days immediately following the firing of James B. Comey, as the White House desperately tried to push the falsehood that people in the FBI were celebrating the loss of our director. The president’s comments about me were equally hurtful and false, which shows that he has no idea how FBI people feel about their leaders.

On Wednesday, ABC News reported that McCabe had overseen a federal investigation into whether Sessions lied to Congress about his contact with Russian officials. McCabe also reportedly kept memos about the president’s interactions with Comey and the FBI, which he passed on to Special Counsel Robert Mueller.