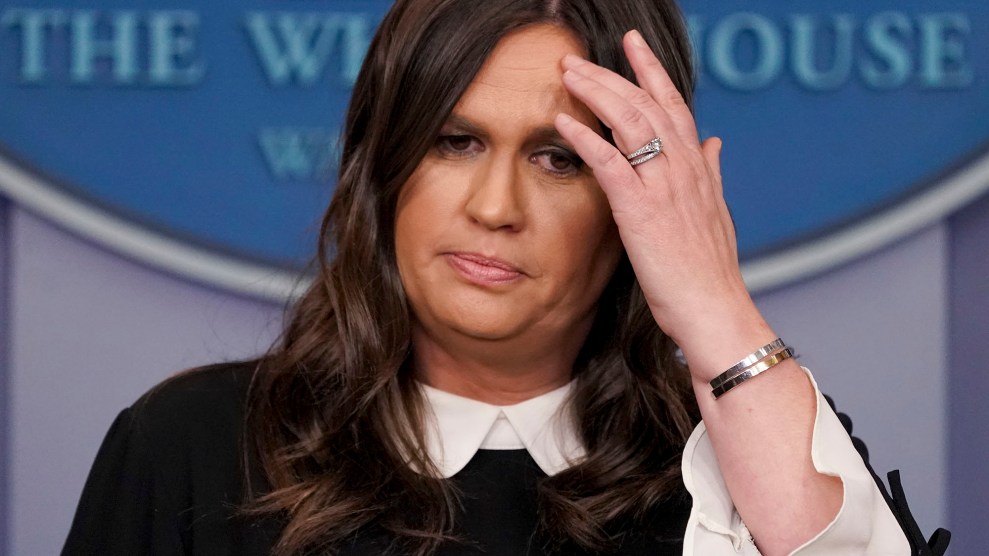 Defending the Trump administration’s controversial decision to add a question about US citizenship to the 2020 census form, White House Press Secretary Sarah Huckabee Sanders told reporters on Tuesday, “It’s something that has been included in every census since 1965, with the exception of 2010, when it was removed.”

That’s wrong. The citizenship question was removed from the decennial census form in 1950 and hasn’t been used since. It is asked on the annual American Community Survey, which reaches about 15 percent of US households, but Sanders didn’t give any indication that she was referring to that survey. And the question wasn’t removed from that survey in 2010.

Sanders says a citizenship question has been on every census since 1965.

Citizenship hasn’t been questioned on a decennial census since 1950: https://t.co/xwx10yrUeH pic.twitter.com/siAIF8lCIk

She also said the question was “necessary for the Department of Justice to protect voters, specifically to help us better comply with the Voting Rights Act.”

But Vanita Gupta, who led the Justice Department’s Civil Rights Division under President Barack Obama and is now president of the Leadership Conference on Civil Rights, told me recently, “Voting rights enforcement has never depended on having that question on the [census] form since the enactment of the Voting Rights Act. That’s plainly a ruse to collect that data and ultimately to sabotage the census.”